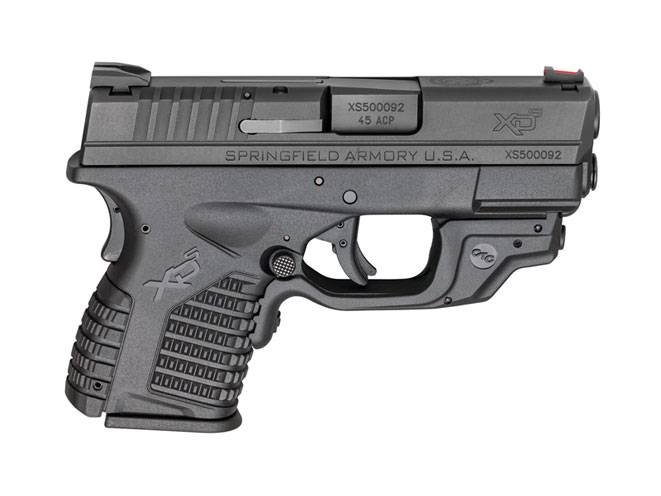 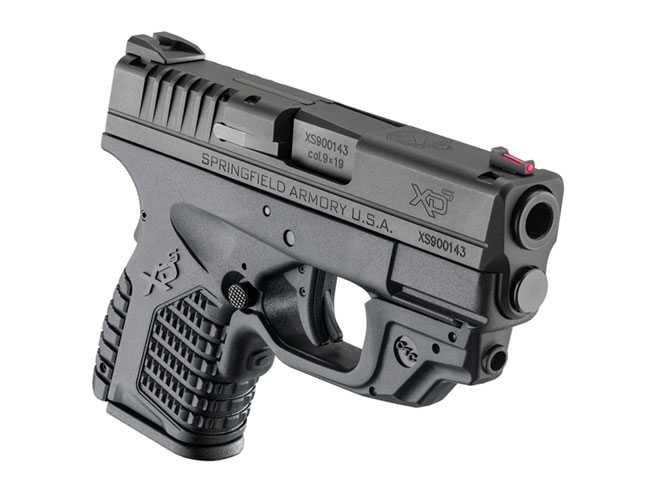 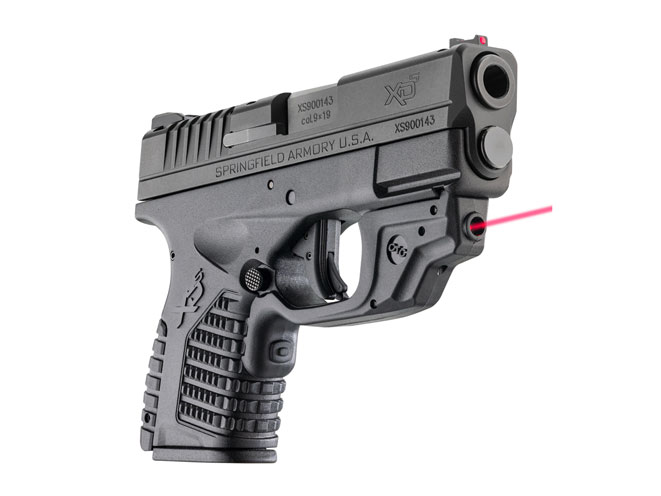 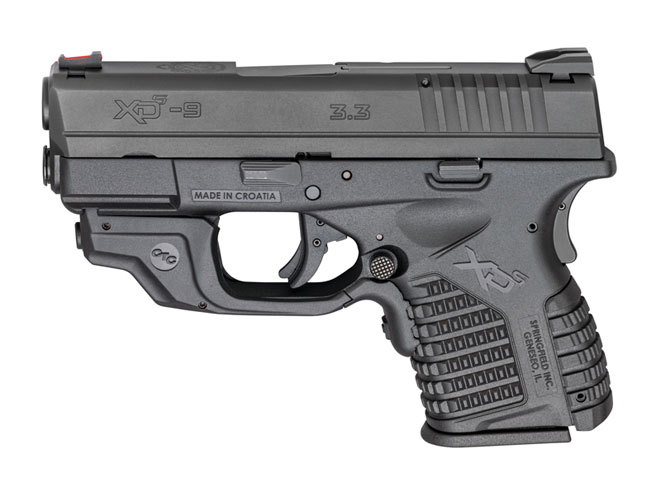 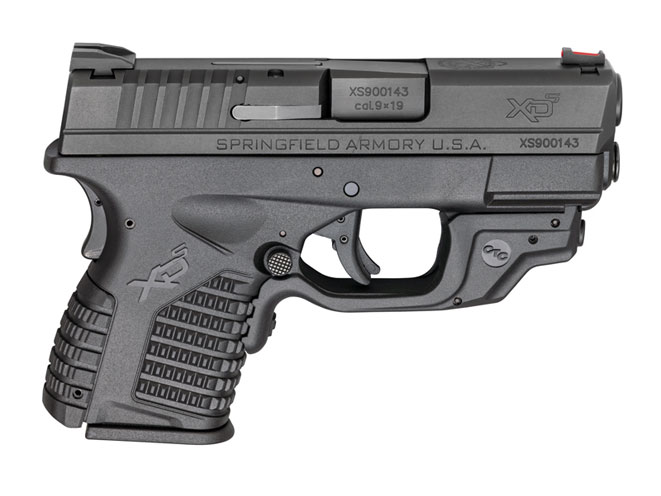 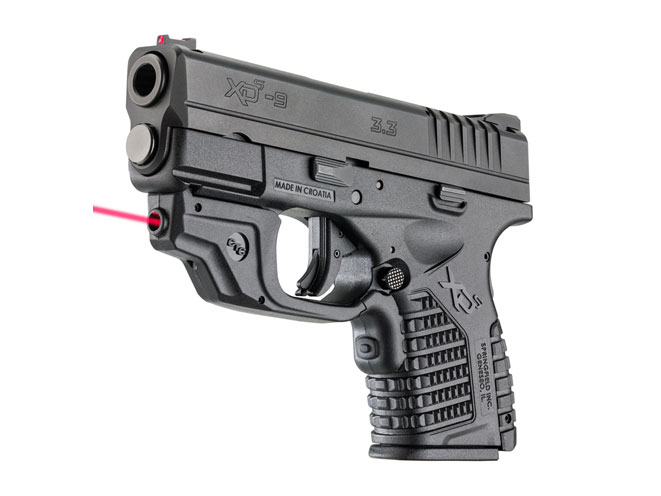 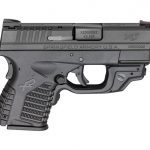 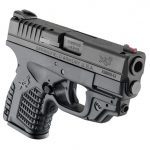 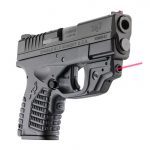 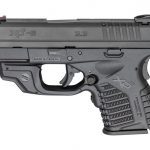 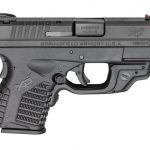 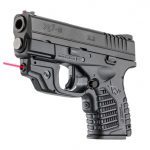 Springfield Armory is pleased to announce that it’s easier than ever for customers to purchase and configure the perfect concealed carry handgun.

Known for its ultimate concealability, the svelte profile Springfield Armory XD-S is ideal for concealed carry. The single-stack design keeps it thin, yet perfect proportions make it an easy and enjoyable handgun to shoot. Now, it’s even better. Springfield Armory has teamed with the industry leader in laser sighting technology to equip the XD-S with the Crimson Trace Laserguard right out of the box.

The tiny bundle of life-saving technology closely follows the contours of the XD-S frame, so it doesn’t add unnecessary bulk. Activation of the laser is instinctive via a small push pad that shines the laser immediately as the shooter takes a natural firing grip – there is no need to remember switches or controls in the heat of the moment.

“Our goal with the XD-S product line has always been to make it the perfect concealed carry pistol,” states Dennis Reese, Springfield Armory CEO. “Now, through our work with Crimson Trace we’re adding faster and more reliable target sighting capability. We want to make it easier for our customers to hit their chosen target as quickly as possible while under stress.”

The integrated package remains small and light, consistent with the design goals of the XD-S. Constructed of a matching polymer, the Laserguard adds hardly any extra weight. Where the standard XD-S 9mm weighs in at 22 ounces unloaded, the laser integrated model tips the scales at just 23 ounces.

Everything else in this small, yet powerful, self-defense package is all classic XD-S. It’s every bit as slender as the original, yet packs in the 3.3” hammer forged barrel, forged steel slide with Melonite treatment, and interchangeable backstraps.

The XD-S 3.3” Single Stack Crimson Trace model is intended to be the ideal concealed carry gun, so two magazines are included in the box. The flush magazine packs seven rounds of 9mm (5 rounds for the .45 ACP model) while the Mid Mag™ adds one extra round to each caliber.

With the XD-S Crimson Trace Laserguard edition, there’s no excuse not to have every advantage.

“The First Name in American Firearms,” Springfield Armory was founded in 1777, when George Washington ordered the creation of an armory to store ammunition and gun carriages during the American Revolution. In 1794, the armory began to manufacture muskets and spent the next 150 years supplying firearms for every major American conflict. The original armory closed in 1968. In 1974, the Reese family took ownership of the Springfield Armory name and began making the M1A rifle. Today, Springfield Armory® develops many products loyal to the company’s heritage, like the 1911 pistol, while ensuring its future with innovative products, including the XD, XD Mod.2 XD(M) and XD-S polymer pistols. 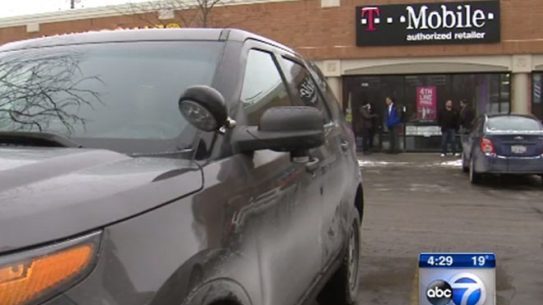 An attempted armed robbery at a T-Mobile store in Chicago ended with both suspects...