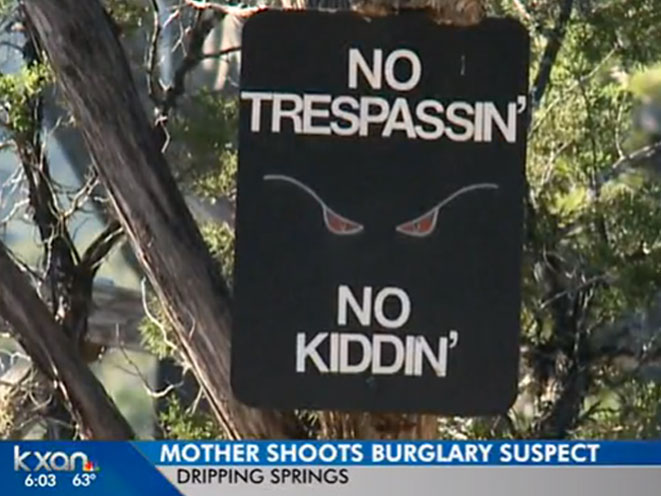 According to KXAN, a woman was at her home with her children in Dripping Springs at around 11:30 p.m. when she saw a vehicle she didn’t recognize in the driveway. She then called 911. Right as that was happening, the suspect — identified by the Hays County Sheriff’s Office as 25-year-old Randall Dorsett — tried to force his way into the house through the front door. When that didn’t work, he went to the garage, broke a window and entered the home through an unlocked door.

Dorsett — who was unarmed during this attempted home invasion — moved through the house to the kitchen, only to come face-to-face with the female homeowner armed holding a .44 magnum handgun. The woman told Dorsett to leave multiple times, but he didn’t comply. That’s when she opened fire, shooting Dorsett in the abdomen.

Police arrived and Dorsett was transported to University Medical Center Brackenridge in Austin, where he is being treated for his gunshot wound. He has been charged with burglary.

The Hays County Sheriff’s Office described the home invasion as an “isolated incident” and can find no reason why Dorsett targeted that particular home.

As KXAN reports, Dorsett was also arrested on New Year’s Eve in nearby Williamson County for aggravated assault of a police officer. 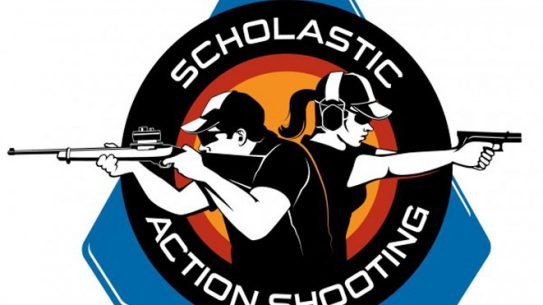 The SSSF's Scholastic Pistol Program will be re-branded as the Scholastic Action Shooting Program...