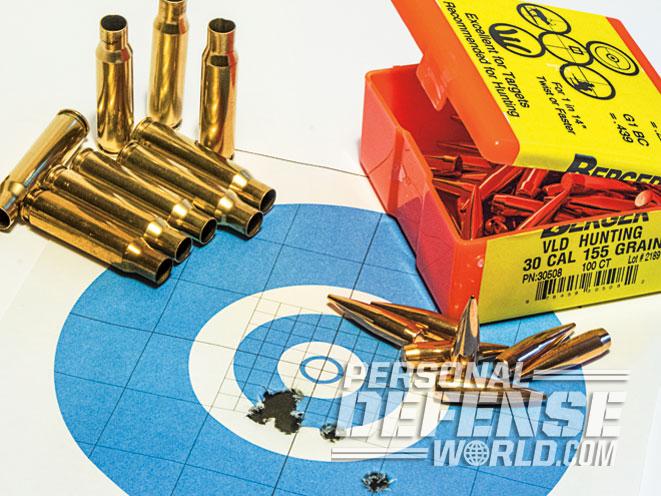 1 of 10
The 10-Shot Rule For Determining Handload Accuracy
You won’t shoot half-inch groups in the field, but accurate handloads can give you the confidence and precision you need to make tough shots. 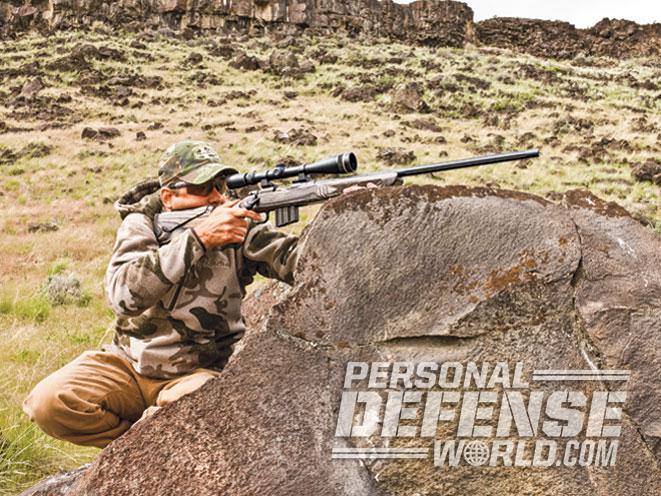 2 of 10
The 10-Shot Rule For Determining Handload Accuracy
Doing your due diligence with preparing and testing your pet handload will ensure that you get the results you need while out in the field. 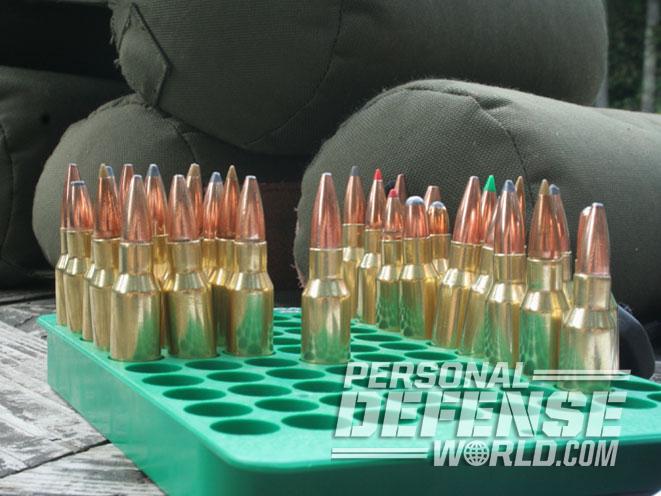 3 of 10
The 10-Shot Rule For Determining Handload Accuracy 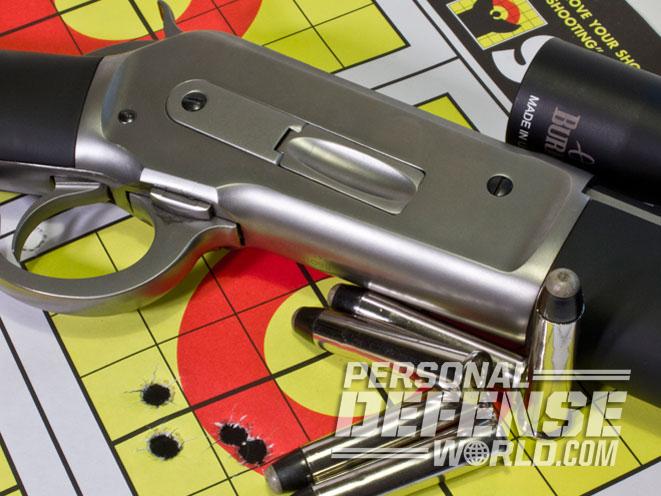 4 of 10
The 10-Shot Rule For Determining Handload Accuracy 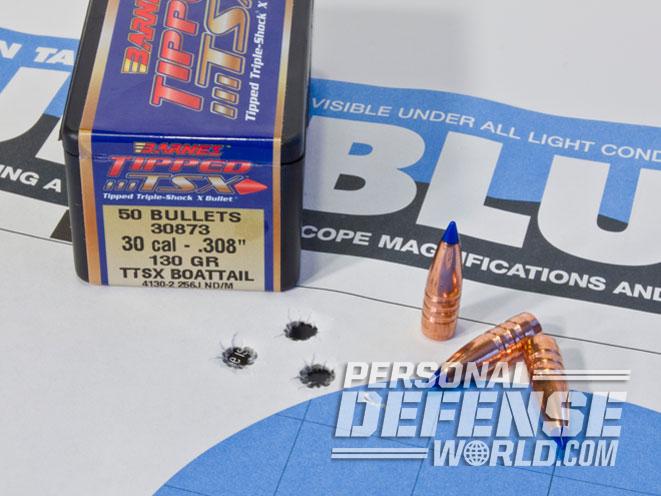 5 of 10
The 10-Shot Rule For Determining Handload Accuracy 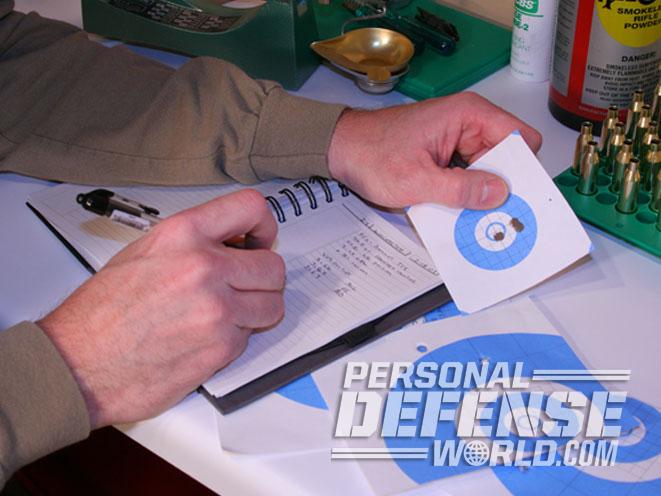 6 of 10
The 10-Shot Rule For Determining Handload Accuracy 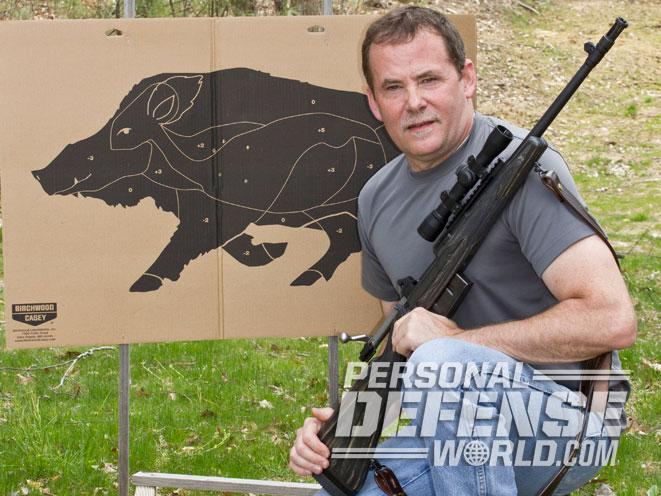 7 of 10
The 10-Shot Rule For Determining Handload Accuracy 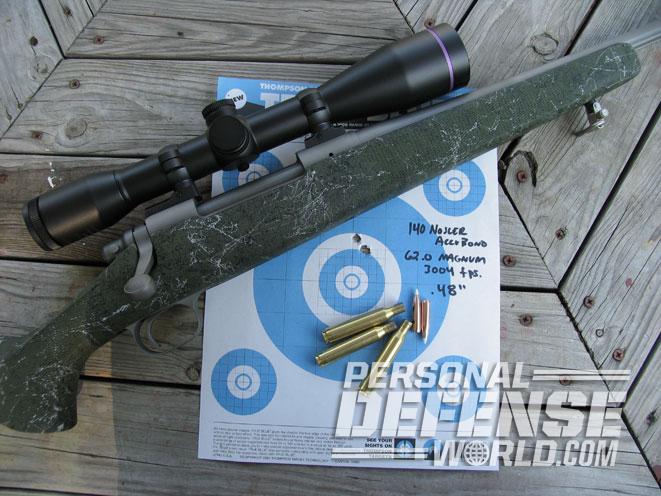 8 of 10
The 10-Shot Rule For Determining Handload Accuracy 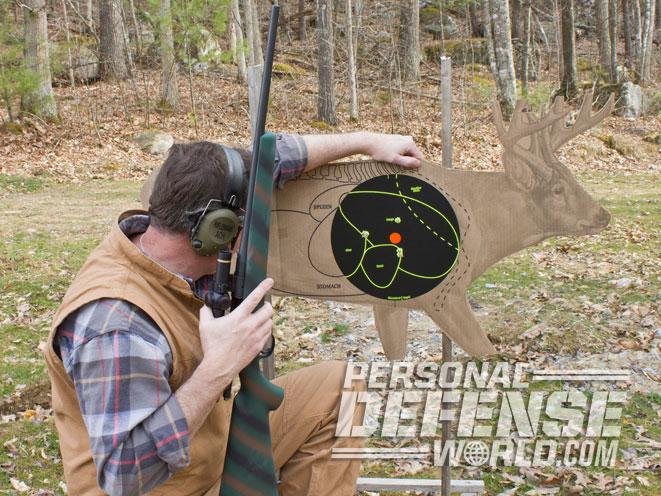 9 of 10
The 10-Shot Rule For Determining Handload Accuracy 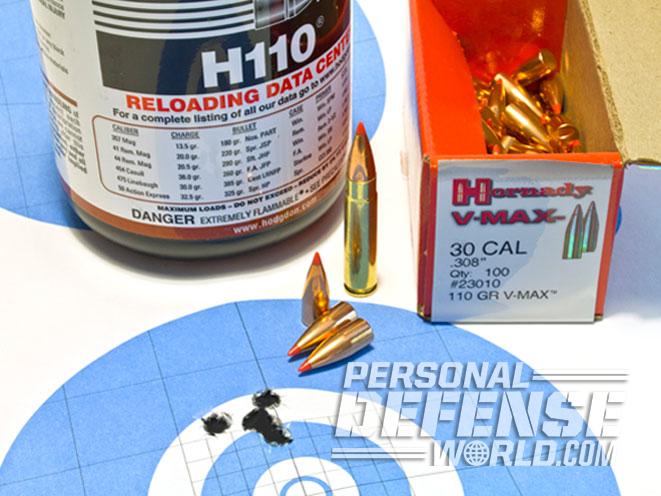 10 of 10
The 10-Shot Rule For Determining Handload Accuracy 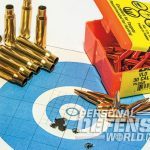 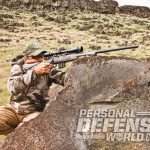 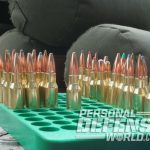 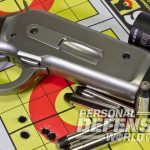 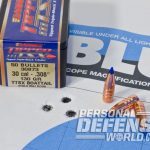 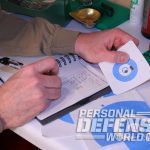 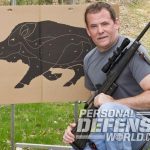 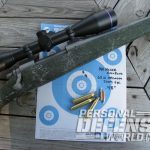 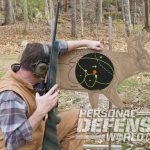 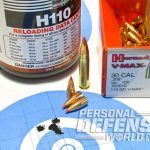 Accuracy is not the best word to describe what handloaders are seeking. Accuracy relates to a bullet’s ability to strike the target at the point where the sights are aligned. “Precision” better describes ammunition that strikes the same or very near the same point every time. You cannot have accuracy without precision, and consistent precision is what’s most desirable. Regardless of the term used, shooters generally refer to a rifle or ammunition that shoots small groups as being accurate.

The question before us is, what is the best way to evaluate the accuracy of your handloads? But to answer that question, we have to also define the word “best.” To avoid turning this into a language lesson, and understanding that “best” might mean different things to different folks, let’s just say that the “best” way to evaluate handload accuracy is the one that will give us the most information in 10 shots or less. Why 10 shots or less? Because time and money are the things we tend to have the least of in most cases.

Next, we need to admit we are all not benchrest shooters. Few humans—even benchrest shooters—can fire 10 out of 10 shots perfectly, even under ideal conditions. At least one of the 10 shots you fire will almost certainly be a bad one, and more than likely you will not know which one of the 10 it was. If we were to shoot one 10-shot group, there is a very good chance that that group will contain at least one bad shot and not be a true representation of the handload’s accuracy potential.

This is why most shooters fire at least three groups of less than 10 shots when testing rifles and ammo. Odds are that only one of those groups will contain the one-out-of-10 bad shot. That makes sense, but how many shots must you fire per group to get a reasonable idea of the accuracy potential of your load and rifle combination?

Which Test Is Best?

Most gun magazines have a set testing protocol, and in most cases it involves shooting three or five 5-shot groups and then establishing an average. I’ll make two comments about this. One, I almost never shoot five 5-shot groups when I’m evaluating ammunition or a rifle for myself. Second, there are very few shooters out there capable of shooting five 5-shot groups, with all of them serving as a reasonable representation of that load-and-rifle combination’s capability.

RELATED STORY: 9 Handloading Tips to Get Peak Performance Out of Your AR

As mentioned before, the more shots you fire, the greater your chance of making a bad shot is. The bottom line is that you have no way of knowing which shots are good and which ones are not. Sure, you might be able to call a shot, but what if the shot you called low left flew high right because the rifle did not like it?

To get an idea of what kind of results I could expect by firing two-, three-, five- and even 10- and 20-shot groups, I did just that with two reasonably accurate rifles using reasonably accurate ammunition. Unsurprisingly, the more shots per group, the larger the group. The interesting thing was that the closest resemblance between the results was between five 5-shot groups and one 10-shot group. In fact, with my second rifle, the five 5-shot groups averaged out to the exact same size as the lone 10-shot group.

Perhaps the best way to determine the accuracy or precision of one of your handloads is to fire a single 10-shot group. It’s definitely less costly and time consuming than firing five 5-shot groups. Additionally, firing all 10 shots at one target makes recording and cataloging your data very easy. Just write your load and velocity information right on the target and place it in a three-ring binder. Alternatively, you could scan the target and place it in a file on your computer.

But there are problems with the 10-shot group. For starters, it will certainly contain at least one bad shot, and it will very likely be larger than you care to admit. Everyone likes to claim they have a 1-inch rifle or a 1-inch load. A shooter, load and rifle capable of sub-1-inch 10-shot groups at 100 yards are indeed rarities. For what it’s worth, anytime anyone tells you they have a 1-inch rifle, ask them how they established that fact. A single, one-, two-, three-, or five-shot group does not a 1-inch gun make. On the other hand, a load that will put 10 shots into a 1-inch cluster is, as far as I’m concerned, a 1-incher!

What do I do? It varies from rifle to rifle. If I’m putting together a load for precision long-range shooting, I’ll shoot one 10-shot group. If more than one bullet lands outside the group size I’m looking to be within, I’ll abandon or continue to tweak that load. If I’m loading for a short- to moderate-range (muzzle to 350 yards) big-game rifle, I’ll fire three 3-shot groups. If I see a flyer or feel I pulled a shot, I’ll make it up with a 10th round. Discounting the flyer, all three groups must meet my accuracy standard.

However, I don’t think this is the only way to do it. I believe that for most hunting or general-purpose rifles, firing five 2-shot groups and throwing out any group where you called a flyer, or even the worst group fired, is just as effective. Furthermore, I believe that if you fire 10 consecutive shots in any groupings, and all those shots, with the exception of one, land within your predetermined accuracy limit, you can proclaim that load a success.

Regardless of the approach you take, be reasonable. Understand up front that you cannot fire 10 perfect shots. Understand that, even with precision-assembled ammunition, one bad round out of 10—thanks to a bad bullet, case, primer or powder charge—is highly likely. But practically speaking, if you cannot determine if a handload is accurate in 10 shots, you either cannot shoot, don’t know how to handload ammunition or have a serious problem with gremlins on your range. 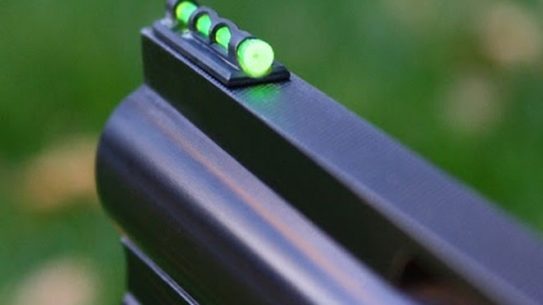 WATCH: Our Free 4-Part Video Series on Handloading Your Own...