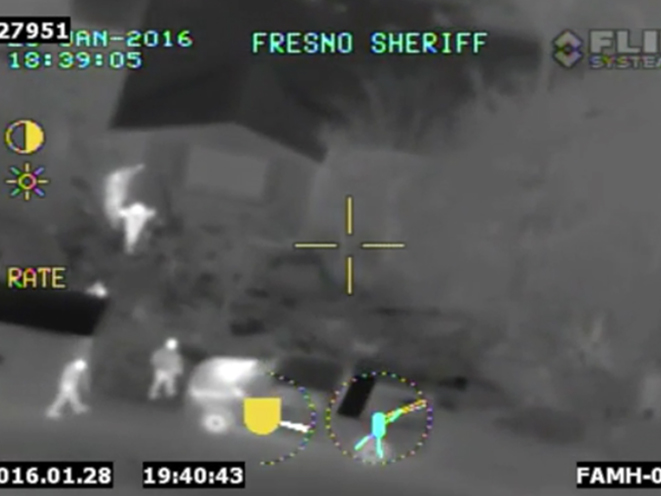 A 70-year-old homeowner in Fresno County, California pulled a gun on a burglar stealing property from his house late last week.

The Fresno Bee reports that the incident began when the homeowner was working in the yard of his home located in the 2300 block of South Lewis Lane just before 6:30 p.m. on Thursday. He tried to enter his home through the front door, but found it to be locked.

Remembering that he left the door unlocked, the homeowner immediately sensed something was amiss. He drew his legally-owned handgun from his pocket and entered the home through a window.

Once inside, the elderly homeowner came face-to-face with 54-year-old Enrique Garza. He told Garza to put his hands up and ordered him to go outside and sit in the front yard until police arrived at the scene. A Fresno County Sheriff helicopter captured the incident on camera. A screenshot can be seen above.

Garza was arrested and has been charged with burglary, drug possession and a violation of his probation.

A Fresno County Sheriff’s spokesman said the homeowner has had a concealed carry permit for 50 years, but he’s never had to draw his weapon until now. 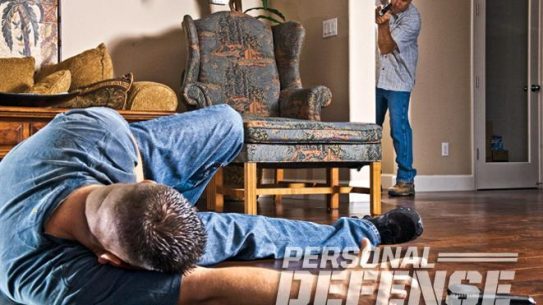 A 26-year-old Indiana man with a concealed carry handgun held a burglar at gunpoint...