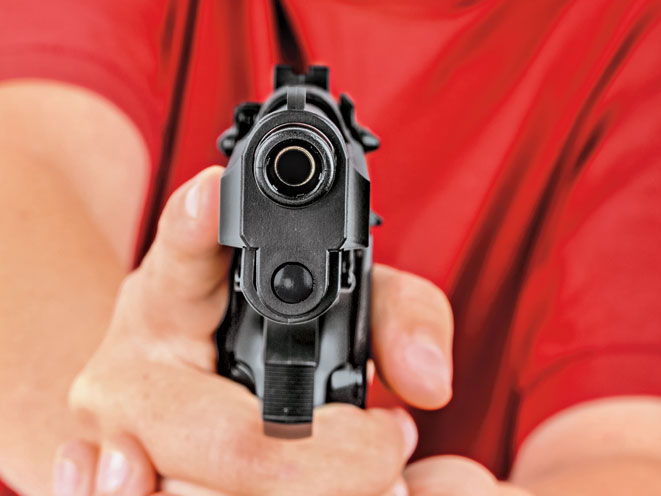 A man used a fake gun to rob a store in Pensacola, Florida over the weekend. Unfortunately for him, the clerk working behind the counter used a real gun to shoot the would-be armed robber in the neck.

According to NorthEscambia.com, 20-year-old Abed Alslaq was working behind the counter at the Beacon store located on 1101 W. Cervantes Street when the suspect walked in wearing camouflage, a hat and a bandana to conceal his identity. Alslaq told the suspect to remove the bandana, but he refused.

The suspect then moved behind the counter, drew a handgun and pointed it at the clerk. At some point during the robbery, Alslaq drew his own weapon and opened fire, shooting the suspect in the neck. The armed robber fled the store, but not before stealing some cash and 10 cartons of cigarettes.

A police officer spotted the suspect — later identified as 24-year-old Jarell Blackmon — bleeding from his neck and ordered him to stop, but Blackmon instead fled. Police set up a perimeter around the area and were able to capture Blackmon with the help of a K-9.

As NorthEscambia.com reports, Blackmon was transported to an area hospital to be treated for his gunshot wound and now faces a litany of charges, including armed robbery, grand theft, possession of a firearm by a convicted felon and resisting without violence.

Blackmon told police the gun he used during the robber was fake. Alslaq has not been charged for the shooting. 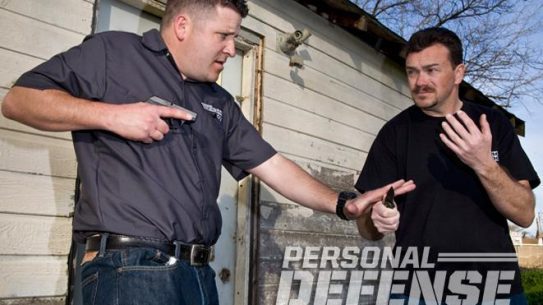 Here's a few shooting drills you can do by yourself to enhance your reactive...