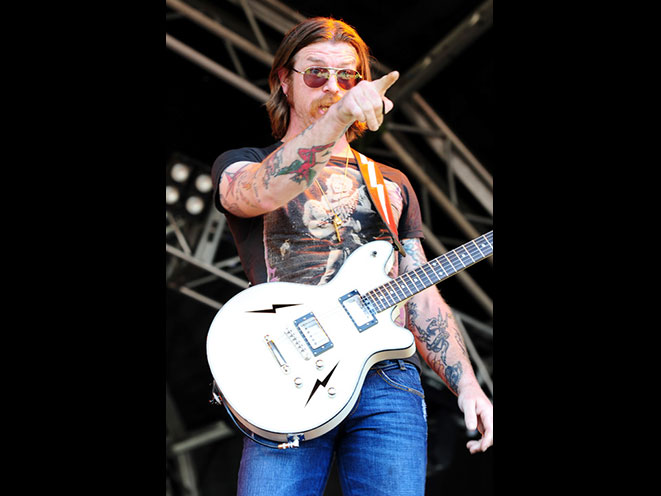 Eagles of Death Metal — the band performing at the Bataclan Theatre in Paris where three terrorists armed with AK-47 rifles stormed in and murdered 89 people last November — are set to return to Paris to perform a concert tonight, and frontman Jesse Hughes tearfully sounded off on the issue of gun control during an interview with French TV station iTélé.

According to the Guardian, Hughes was asked whether the terror attacks had changed his views on guns, and Hughes — an NRA member — said gun control “doesn’t have anything to do with it.”

“Did your French gun control stop a single [expletive] person from dying at the Bataclan? And if anyone can answer yes, I’d like to hear it, because I don’t think so. I think the only thing that stopped it was some of the bravest men that I’ve ever seen in my life charging head-first into the face of death with their firearms.

“I know people will disagree with me, but it just seems like God made men and women, and that night guns made them equal,” Hughes said. “And I hate it that it’s that way. I think the only way that my mind has been changed is that maybe that until nobody has guns everybody has to have them.

“Because I don’t ever want to see anything like this ever happen again. I want everyone to have the best chance to live, and I saw people die that maybe could have lived, I don’t know. But I wish I knew for sure if they could have had a better chance.”

As the Guardian notes, Hughes told Agence France-Presse in a separate interview that he never travels in the United States without a gun. “That sucks, Hughes said. “And I’m not paranoid. I’m not a cowboy… but I want to be prepared.”

Eagles of Death Metal are set to perform at the Olympia music hall in Paris on Tuesday night. Hughes told iTélé he felt he had a “sacred responsibility to finish this show.” French police and soldiers will be standing guard at the venue, the Guardian said. 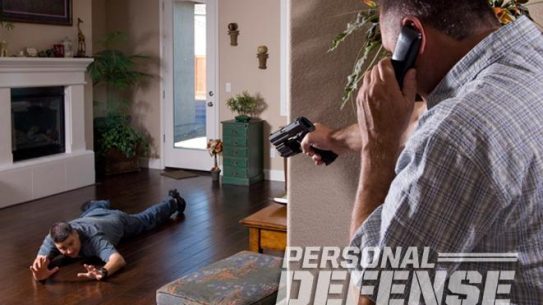 An armed homeowner shot and killed a man attempting to break into his Ontario,...