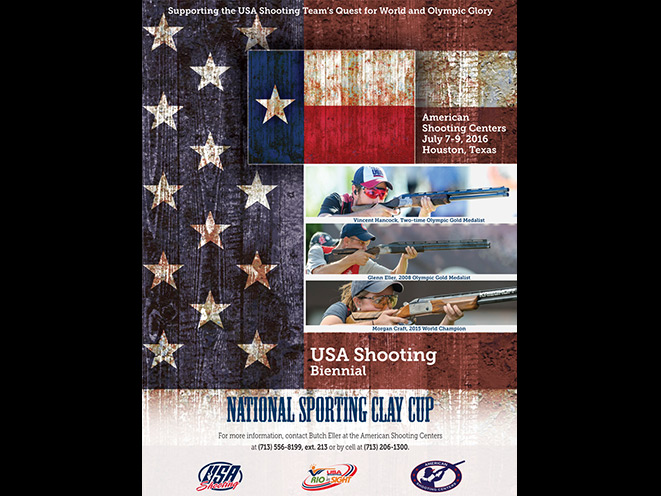 The USA Shooting Team send-off celebration and fundraiser is set for July 7-9, as the National Sporting Clay Cup makes it return to Houston and the American Shooting Centers. The dates previously released have been adjusted to accommodate athletes participating in the International Shooting Sport Federation (ISSF) World Cup in Baku, Azerbaijan in late June.

USA Shooting raised over $250,000 during their inaugural shoot in 2014 and with Rio in Sight, this will be the can’t-miss sporting clays fundraiser of the summer with athletes making final preparations to compete at the 2016 Olympic and Paralympic Games. Plenty of competition and interaction with 2016 U.S. Olympic Team members will accompany the event that includes a private benefactor dinner and practice session, along with Saturday’s main event.

“It takes a lot of energy to jump into something like this and make it successful,” said event chairman and USA Shooting Board member Butch Eller.  “But when you look at beneficiaries, the athletes of USA Shooting, you know you’re doing it for all the right reasons. Success during our first event hinged on creating an event that was meaningful and enjoyable for those with an appreciation for the USA Shooting Team. Now, we’re working hard on how to achieve greater depth and opportunity with fundraising and making this event much more national in scope.”

The fundraiser uses the very popular shotgun discipline of sporting clays as the draw to lure shooting sport enthusiasts to support the USA Shooting Team as they head toward the upcoming Games as well as give the organization the head-start it needs in preparing for the next four years.

As the only non-government supported Olympic shooting team in the world, USA Shooting relies heavily on donors and sponsors to help maintain a history of success that includes 107 Olympic medals.

Individuals and/or organizations looking to help support USA Shooting but that cannot participate in the event can buy a spot in the event and/or sponsor a team and provide Houston-area youth and military members the chance to participate.

Energizing the event will be the hometown return of 2008 Olympic gold medalist Glenn Eller, the first American male in the Shotgun discipline to make five Olympic Teams in his career. He earned his ticket to Rio by virtue of a late-season run last summer, including a sixth-place finish at the World Championships, to earn an outright nomination to the 2016 U.S. Olympic Team.

Eller’s Olympic return was boosted by an intense practice session that followed a disappointing finish at the Pan American Games last July. Not pleased with a Pan Am performance that saw him finish fourth, Eller put in even more training time than usual in lead-up to World Cup Gabala (Azerbaijan). His father, Butch, estimates he probably went through 6,000 targets during that intensive training spell with many days leading to exhaustion by days end.  The pay-off included a win in Gabala, which catapulted Eller into position to secure an Olympic bid.  His year also included a sixth-place finish at the Acapulco World Cup.

Conveniently located on 563 acres in George Bush Park, American Shooting Centers has been a recreational shooter’s paradise since 1989 in the Houston area. The facility features a Rifle & Pistol Range with over 100 positions, a Trap & Skeet Range and four championship Sporting Clays courses.  Charity and corporate clay events of 800 or more shooters are regularly held on the Sporting Clays courses.

Kruse Interests is working in coordination with American Shooting Centers and USA Shooting to help manage and organize the event. 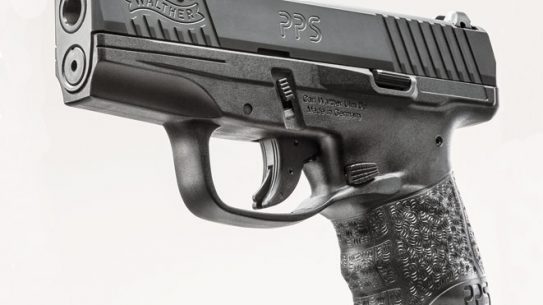