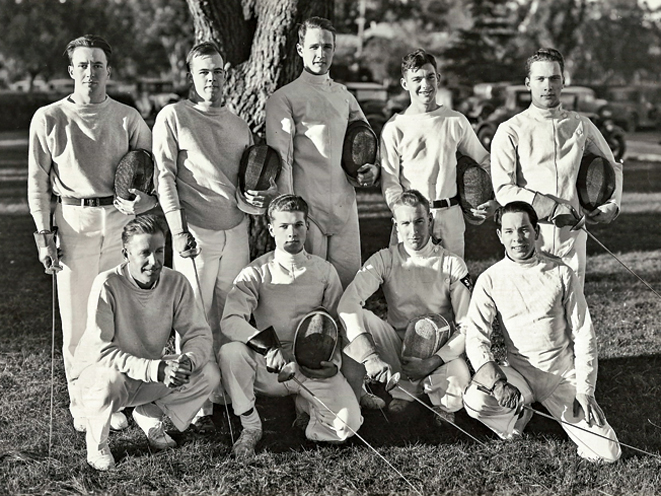 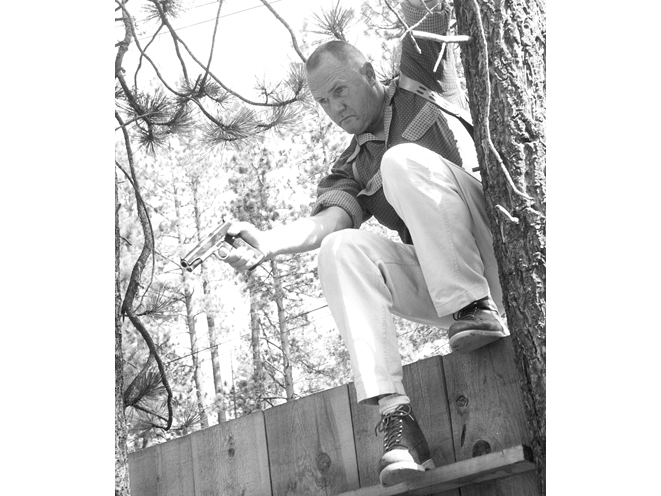 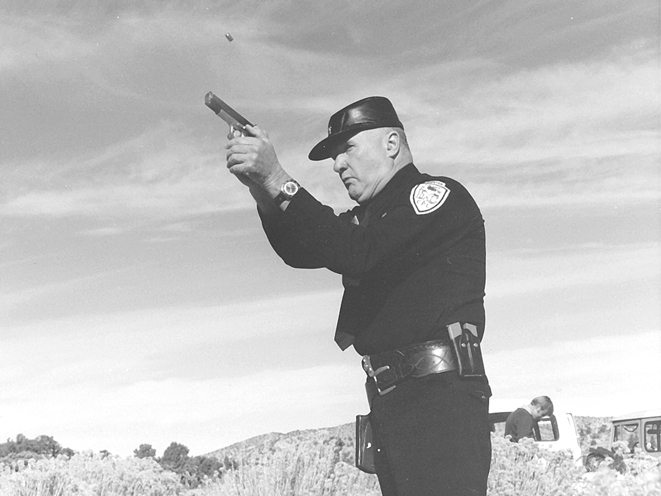 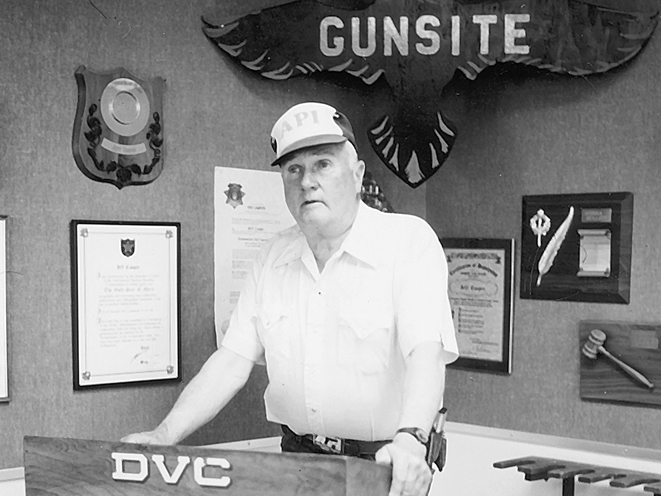 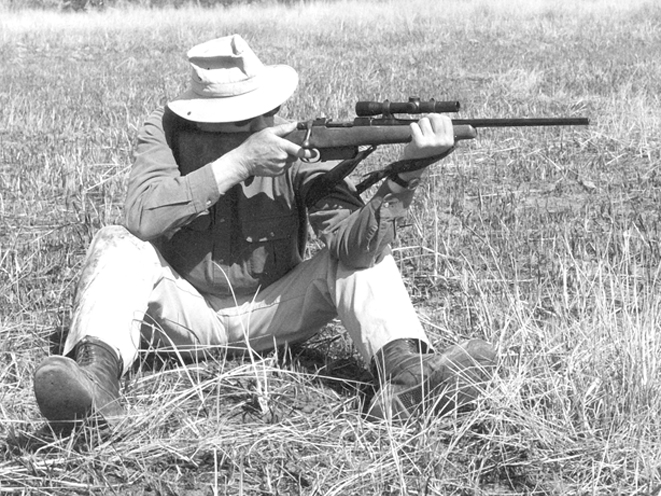 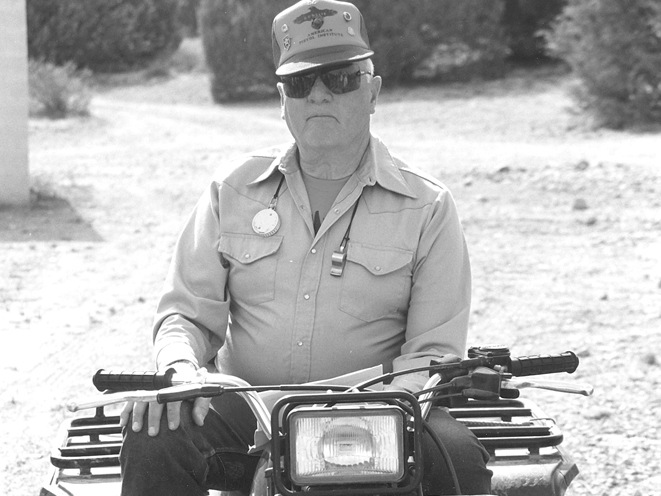 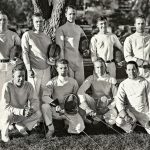 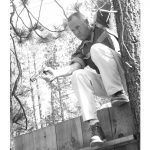 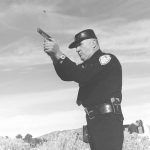 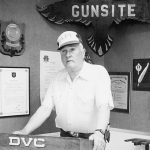 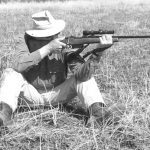 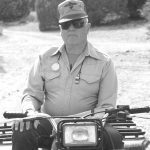 Battle Sabre: As you know, the British subject is effectively forbidden the use of firearms in defense of his life. So now we read in the English press of one retired army officer who overcame this problem by repelling boarders with his sword. When three goblins broke into his house with knives, he produced his regimental sabre and gave battle. He ran those birds out of his house and well down the street, though the account does not say that he damaged any of them severely. Swordsmanship is effectively a lost art, but I doubt if the world’s miscreants are fully aware of that.

Combat Mindset: Gunsite rangemaster Dave Harris reports a personal contact from up in northern California. He handled it perfectly, and he attributes this to his thorough indoctrination in the combat mindset. On conclusion he was asked by his fellow police officers if he did not feel shock and distress after having disposed of a goblin. His answer was, “Certainly not. I feel fine. How about you?” But there are people who still push this “post operational trauma” foolishness, and far too many of them are in the police service. As we have sometimes said, “There is nothing wrong with winning a fight. There is a great deal wrong with losing one.”

Peace Process: It is interesting to note the clamor in the liberal press to the effect that Israel’s new prime minister, Benjamin Netanyahu, is likely to hinder “the peace process” in the Near East. It seems that the idea of “trading land for peace” is a fundamental element of this peace process. One cannot trade land for peace any more than he can trade tanks for poetry. Land is there. You can walk on it, fortify it, and defend it. Peace is an abstraction, and a rather pointless one at that. Peace may be defined as the absence of strife, and it is the easiest thing in the world to obtain. To achieve peace, all you have to do is give up.

On The Range: I was recently taken to task by an Israeli rangemaster for what he regarded as my casual attitude about “ploppies.” The term is an Afrikaaner invention referring to a spent bullet, which floats in from elsewhere and goes plop in the dirt at your feet. This Israeli thinks that ploppies are extremely perilous, but I think he is confusing spent bullets with ricochets. A ricochet can be quite dangerous, but only if the deflection of its original trajectory is relatively slight. When a bullet bounces off the ground or other obstacle, flies high in the air and comes back propelled mainly by gravity, it is no big deal. In the eye or in the teeth it may indeed cause some damage, but I have been hit six times by ploppies, and not one of them ever drew any blood.

2A Defined: By now the British have fairly written into law the position that a personally owned firearm may only be acceptable for “sporting purposes.” Ted Kennedy used this idea in the 1968 gun law, despite the fact that we in America are protected, at least theoretically, by the Second Amendment, which has nothing whatever to do with sport. Various sorts of legislators are still at it, and the BATF takes the notion of “legitimate sporting purpose” seriously, even though this would appear to be obviated by the supreme law of the land.

This is a fight in which we all must continue to participate. Self-defense has nearly come to be a misdemeanor on the face of it in Britain, where the subject is conditioned with the belief that whatever happens he (or she) must not fight back.

Stocking Up: A number of governments in the world manifest considerable distress at the idea of large amounts of ammo in private hands. They insist that any man who stockpiles thousands of rounds must have some sinister and ulterior purpose which should be investigated by the state. And many on the left seem to hold that one may be punished not for what he does, but for what he thinks—as with what have come to be called “hate crimes.” In this age of thought-control, various sorts of busybodies, in and out of government, feel the need to arrange your thinking for you.

In this matter of ammunition, I personally like to keep a large supply on hand, not for any specific purpose, but simply because it makes me feel good. To have a large supply—several thousand rounds—of .45 ACP or .30-06 or .308 is comforting, and by no means necessarily because one has some conspiratorial notion about expending it. As you know, there are people such as Senator Moynihan who feel that the subtle way to disarm the people is to cut off the supply of ammunition. We hope that such people do not prevail, but it does not hurt to be prepared for unpleasant eventualities—thus we have seatbelts, crash helmets, life jackets, and pistols.

Whether you're just beginning, or a veteran on the range, Walker's Razor series are...