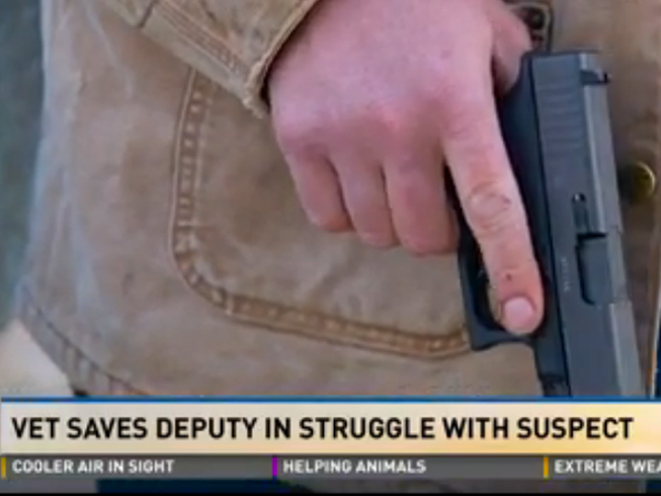 A former Marine saved the life of a Texas deputy fighting with a criminal who was reaching for the deputy’s gun earlier this month.

According to KVUE, Bastrop County deputy Dylan Dorris, 23, responded to a report of a verbal disturbance between a man and a woman and child at Watterson Road off Texas 304 at around 9:45 p.m. on Jan. 16. Dorris spotted the suspect and the man tried to flee the scene in a vehicle.

Dorris caught up to the suspect — later identified as 32-year-old Kenton Desean Fryer — and ordered him to put his hands up, to which Fryer refused. Dorris says Fryer became increasingly agitated and combative. When he went in to make an arrest, Fryer attacked.

The Texaco gas station was closed for the night, and Fryer quickly gained the upper hand when the much smaller Dorris became pinned between the car and the gas pump.

“Just stay in the fight and keep fighting,” Dorris told himself.

Fortunately, Scott Perkins, a former Marine who served two tours in Iraq, happened to be nearby and saw the situation unfold. Once he saw Fryer reach for Dorris’ weapon, he reacted.

“The assailant actually had a hold of his gun that was on the belt,” Perkins said. “I took off running toward them.”

As KVUE reports, Fryer fled into the field behind the gas station, but was arrested and charged with aggravated assault of a public servant, taking an officer’s weapon, evading arrest with a vehicle and driving while under the influence with a child under 15. He has been bonded out on $50,000 bail.

Perkins is being hailed as a hero in Bastrop County and is set to be honored by the local sheriff’s department.

“I don’t consider myself a hero, just being in the right place at the right time and doing what was needed to help out,” says Perkins. 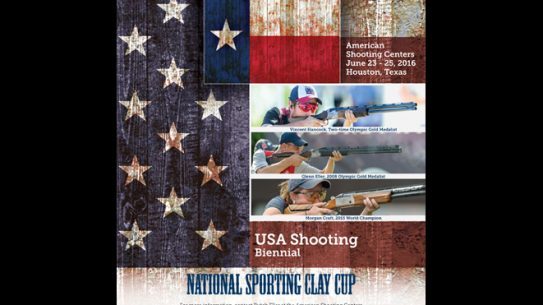