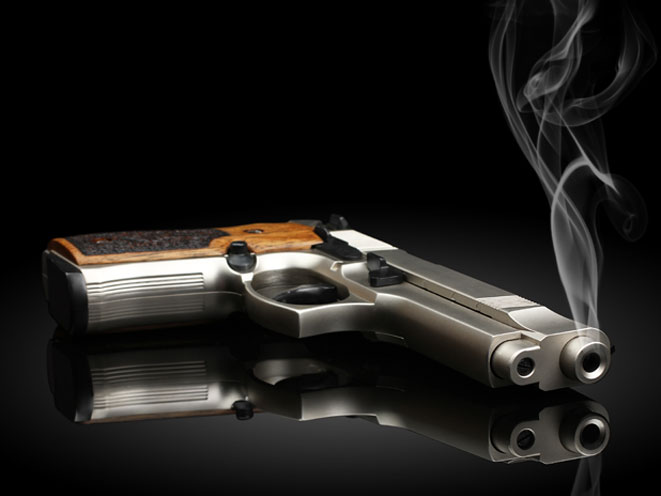 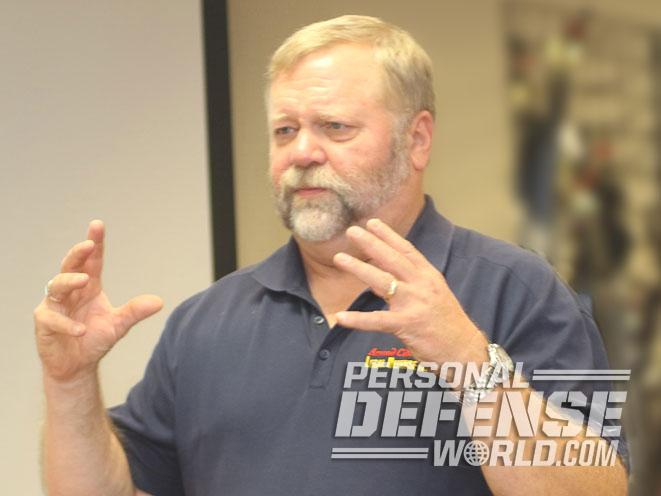 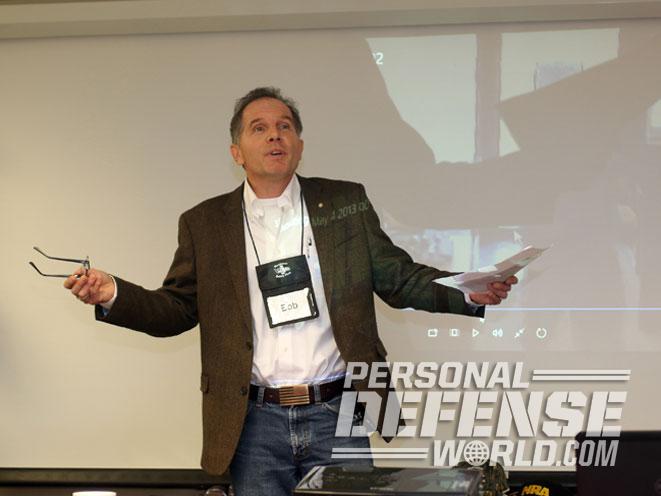 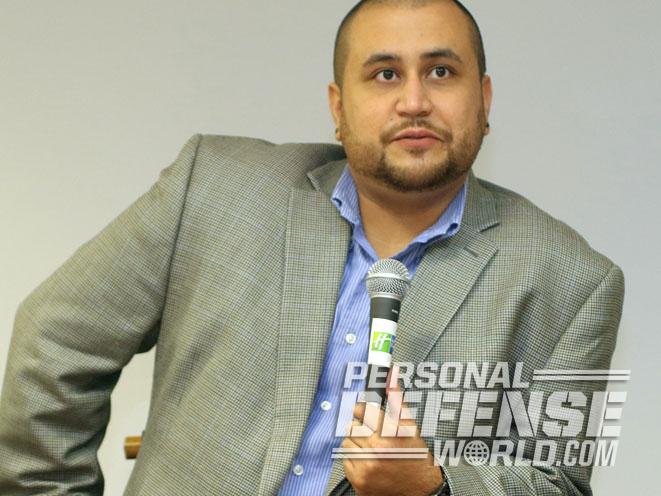 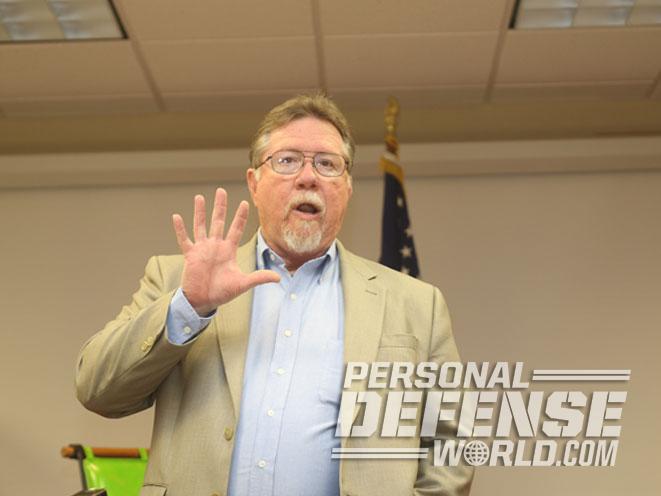 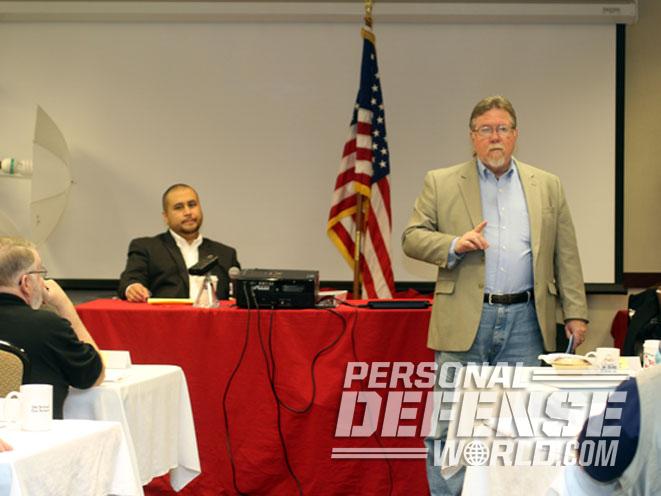 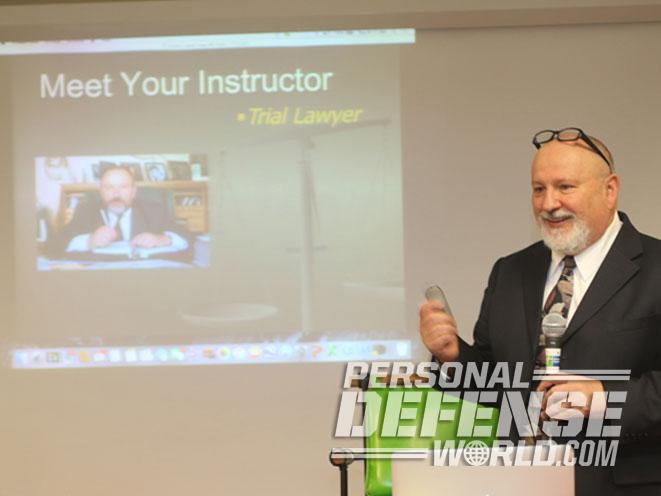 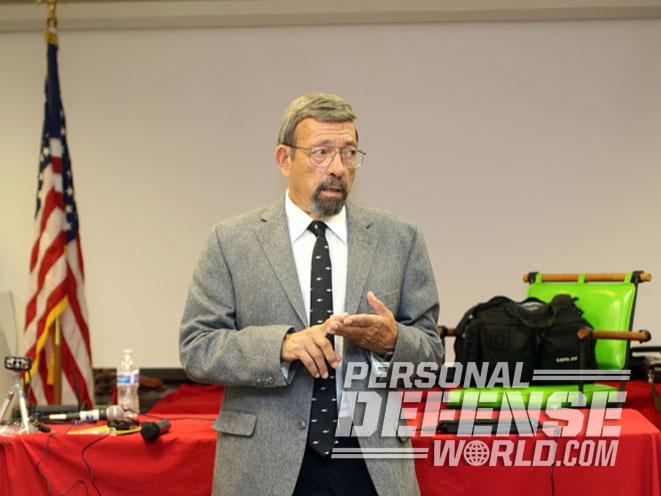 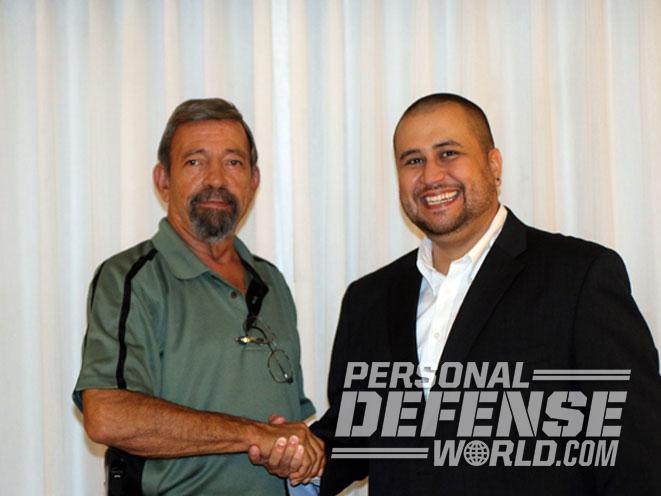 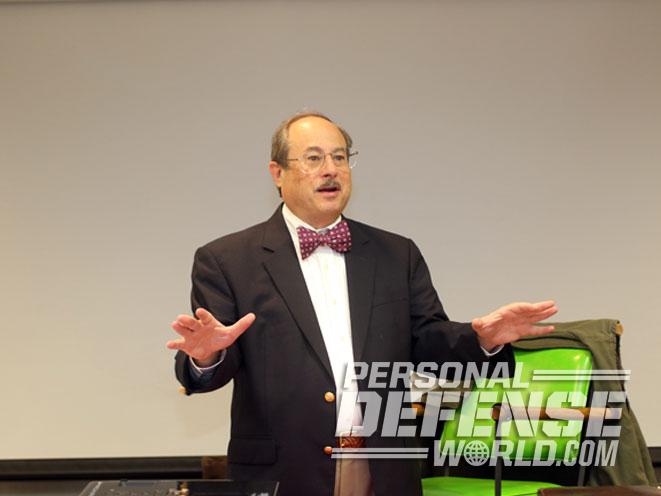 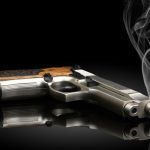 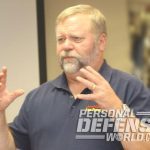 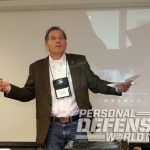 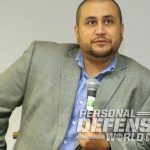 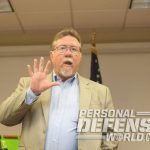 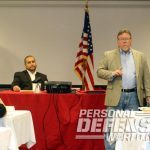 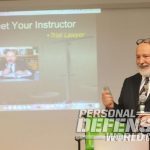 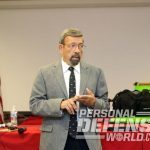 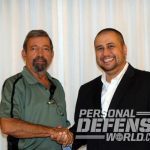 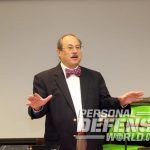 In November of 2015, in Washington State, I had the pleasure and privilege of attending and presenting at the first Legal Eagles Gun Law Conference sponsored by Northwest Public Safety, with J.B. Herren and Glenda Edwards presiding. Judging by the excellent critiques I saw from the dozens who attended the six-day presentation, it won’t be the last. Those people paid $3,000 a piece to attend. The following touches on some of the most instructive learning points.

A powerful history of modern gun-related lawmaking and litigation from Alan Gottlieb of the Second Amendment Foundation on the first day was followed by Marty Hayes, the founder of the Armed Citizens Legal Defense Network and, for a quarter century, a successful firearms/self-defense instructor and expert witness in the field. For much of the first day and part of the second, he shared advice he had gathered from that considerable experience.

Avoiding exotic guns was one tidbit of Hayes’ advice, exemplified in Case One, a self-defense shooting in which the defendant “had put gold-plated bling all over his semi-auto, and engraved his name on it. The prosecution claimed that too much of his personality was invested in the gun…in every case I know of, the gun has become a supporting actor in the trial,” Marty Hayes opined.

Another lesson from Case One was that the defendant was proven to be drunk at the time of the incident. “He wound up convicted in the shooting,” Marty reported. “I think without the booze, he would have been acquitted.”

In the same vein, Marty cited Case Two, in which the defendant was being beaten and stomped by four men. He managed to get to his gun and fire eight rounds, striking all four assailants. Though the original charge was murder, Hayes explained, “In the middle of trial, the prosecution moved to include manslaughter as a lesser included offense because they knew they couldn’t prove murder. They decided to try to prove recklessness because he fired so many shots.

“The defendant had said he point-fired, and the prosecution made a big deal out of that saying he wasn’t aiming and implying he was ‘firing blind.’ It ended up with a hung jury. What hung the jury was he had taken cocaine, but claimed he had not. On retrial, the case settled for a very low felony plea with credit for time served.”

As usual, there were multiple issues—and lessons—in Case Two. Note that point-shooting led to an allegation of recklessly “firing blind,” though Marty feels the defense neutralized that argument in court. Being under the influence of drugs or other intoxicants at the time of a shooting will always alienate some jurors. And, of course, lying to the jury is a kiss of death.

When Hayes’ presentation was done, Herren brought in some of his graduates to tell their stories of survival. Here’s a sampling. Case Three: John Simpson’s case was fresh in his mind from just over a month before. He had been with a friend, a combat veteran suffering severely from PTSD. In the grip of deep depression, the vet, knowing John carried a gun, tried to snatch it to commit suicide. John had fortunately studied martial arts and weapon retention, and in the course of a significant struggle (shouting all the while, “You can’t kill yourself with my gun!”) John was able to overpower him with no one being injured.

Anyone who knows you have a gun can try to take it, making weapon-retention skills critical. Also, yelling in that situation was what kept John from being mistaken for the bad guy. Finally, you need to be able to handle it yourself: John told us that of some 30 people who witnessed this struggle in a public place, not a single one came forward to help him.

Case Four: A thug who turned out to be a gang member from Compton burst into Bob Bonaci’s jewelry store in the Pacific Northwest, an illegally possessed .40 pistol already in hand and swinging toward Bob. A regular student at JB’s school, the Firearms Academy of Seattle, and at Front Sight, Bob drew his .45 pistol and “beat the drop,” getting off the first shot. The gunfight that followed was almost unbelievably fast, and ended with the felon running out the same door he had entered. He died not far away, and never touched Bob or anyone else with his own wanton gunfire.

Bob was neither charged nor sued in this classic example of justifiable homicide. Bob thanked his instructors and was grateful for the fact that he had constantly honed his defensive firearms skills to a solid, instantly reactive level. The gunfight was captured on surveillance cameras, which can be seen along with an explanation Bob provided while he guest-lectured at one of my classes, at proarmspodcast.com.

Day Three of the seminar ended, and Day Four began, with George Zimmerman’s first post-trial public appearance before a live audience, including question/answer sessions. In this Case Five, he was found not guilty, and has been tormented by the press and public ever since. The details of the shooting death of his assailant, Trayvon Martin, are too well known to need repetition here. What is new is the now-pending Case Six against another man, in which the state alleges that the defendant shot at Zimmerman, barely missing his head, apparently hoping to win fame as “the man who killed George Zimmerman.” Zimmerman was able to extricate himself from the situation without returning fire.

Having learned the importance of preserving evidence in the Trayvon Martin case, when police approached his bullet-riddled vehicle, Zimmerman rolled down his rear window to talk to them. This preserved the spider-web cracks around the bullet hole in the front side window, and also preserved the tinted glass to show that the man could not have seen Zimmerman pointing a gun at him, as he claimed. Look for my interview with Zimmerman at proarmspodcast.com.

Day Three also included attorney Jim Fleming from Minnesota, a very experienced criminal defense lawyer and an ex-cop with whom I’ve taught multiple Continuing Legal Education courses. You definitely want to read his book Aftermath, available from Amazon. He shared part of his presentation with George Zimmerman, clarifying some lessons from the latter’s experience from an attorney’s perspective, and the rest of the day drew from his own trials, such as the rare experience in his state of being able to watch his client testify to the grand jury in Case Seven.

Fleming’s client was indicted, in part because the prosecutor told the grand jury that when the huge, violent home invader kicked in his door and went at the much smaller client who shot him with a 9mm, the defendant had the option of running out of his house. Forbidden to speak in the grand jury proceeding, Fleming later cornered the prosecutor and asked him why he had given that instruction, knowing it went contrary to Castle Doctrine principles. “Yeah, I know all that s***,” the prosecutor replied, “but the point is, you don’t get to take the law into your own hands in this county!” The lesson here is that sometimes the prosecutor’s personal agenda is at variance with the law. Fleming took Case Seven to trial, and won an acquittal based on self-defense for his client.

That brings us only halfway through the seminar, and I’m already about out of allotted space for this column. Day Four was a tour de force by Utah defense lawyer Mitch Vilos, who specializes in gun-related cases and whose experience-based wisdom is the subject of a full-length article you’ll be seeing in print before too long. I urge you to read Mitch’s book, Gun Laws of All 50 States.

I taught the last two days, and if you’ve been reading Combat Handguns for a while, you have an idea of what I might have had to share already. Attendees rated the whole course very highly, and to sign up for the next one, you can go to http://www.northwestsafetyfirst.com. 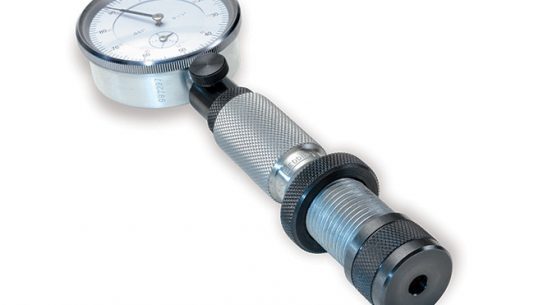 Thenew Redding Range Adapter puts the precision and versatility of the Instant Indicator in...