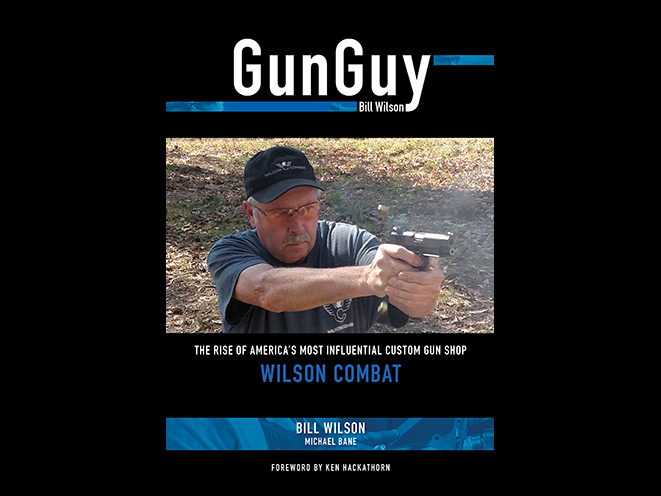 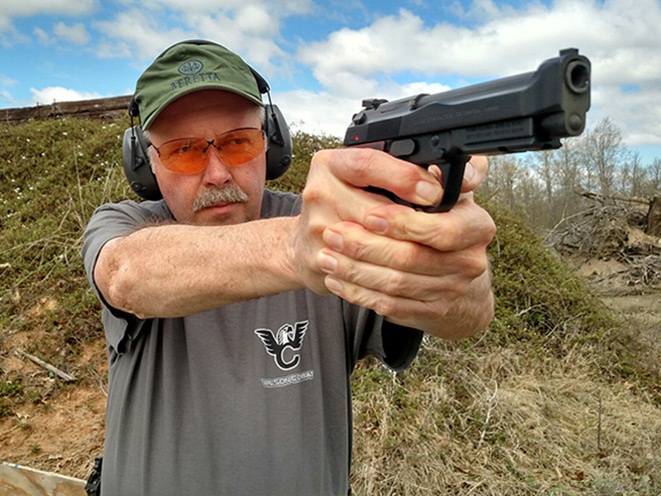 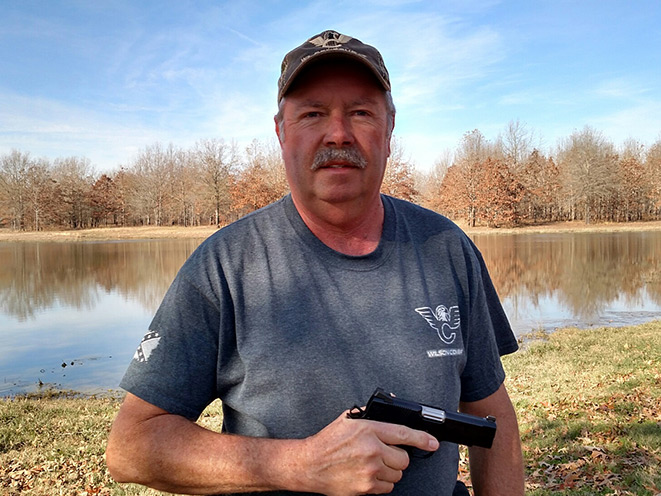 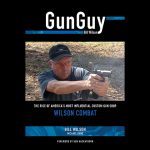 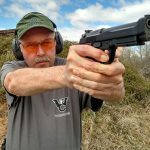 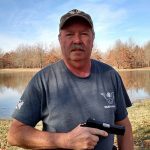 Bill Wilson is iconic and legendary. He’s a husband and father, a savvy entrepreneur, a visionary and one heck of a good shot. In the late 1970s, in a tiny corner of his dad’s jewelry store, Bill Wilson started a firearm parts company, Wilson Combat, that completely changed they way shooters view the venerable 1911 pistol and helped created the new “gun culture.”

Wilson is a self-described “gun guy,” and in his new book, GUN GUY, Wilson tells his story, in his own words, of humble beginnings as a competitive shooter and budding gunsmith that created a powerhouse of a company that leads firearms development while others follow. GUN GUY, available as a 6-by-9-inch hardcover through Wilson Combat starting on May 10, 2016, for $34.95, is 400 pages long and is filled with hundreds of photos.

You may think Bill Wilson was born with a 1911 in his hand, but it was a Colt Python that helped him enter competitive shooting. Yes, a revolver. Over the years he worked his way up the ladder to become a top competitor in the late 1970s and 1980s. He was on the U.S.A. IPSC team, and to win in those days, you needed a 1911. But back then, factory-produced 1911s did not provide the performance Wilson and other competitors demanded. Beavertail safeties, combat sights, magazine wells—these features were only added by a cottage industry of custom 1911 builders. Now we are spoiled, since these types of features are built into most factory 1911s produced today, and Bill Wilson can take part of the credit for that.

Early in his career, Wilson took it upon himself to learn gunsmithing, and with the help of master gunsmiths of the day, he learned to build accurate and reliable 1911s. He also saw the need for producing high-quality 1911 parts. No other company at the time was producing 1911 parts.

When the practical pistol shooting world evolved into an equipment race and the sport became less practical, he and a few like-minded shooters decided to develop the International Defensive Pistol Association (IDPA), a shooting sport that strives to be practical and competitive. He noted that the rise in concealed-carry permits increased and shifted his company’s focus on concealed carry and defensive pistols. His passion most recently led him to produce custom AR rifles and Beretta pistols, but Wilson is not all work and shooting competitions. He’s also an avid hunter, and the trophy room at his ranch in Texas is filled to the ceiling with animals from around the globe.

Wilson notes that his success did not come without a price, or without the help and love of his family and friends. His son, Ryan, now handles the day-to-day operation of Wilson Combat, and his wife Joyce is the president of the IDPA. Yes, Bill Wilson has had the luck and tenacious desire to make a living working with guns. He also knows that his success would not be without the thousands of customers who have purchased his products to compete and defend themselves. If you are a gun guy like Bill, then GUN GUY is required reading. Wilson has also included chapters on how to clean 1911s, Beretta 92s and ARs—Bill hates to clean guns, by the way—and a chapter is devoted to some of the most beautiful and functional 1911 pistols ever produced. If it was crafted by Bill, you know it’s got to be good. 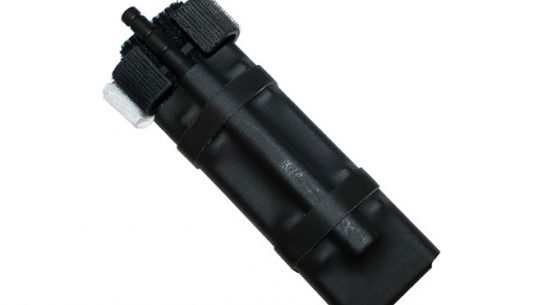