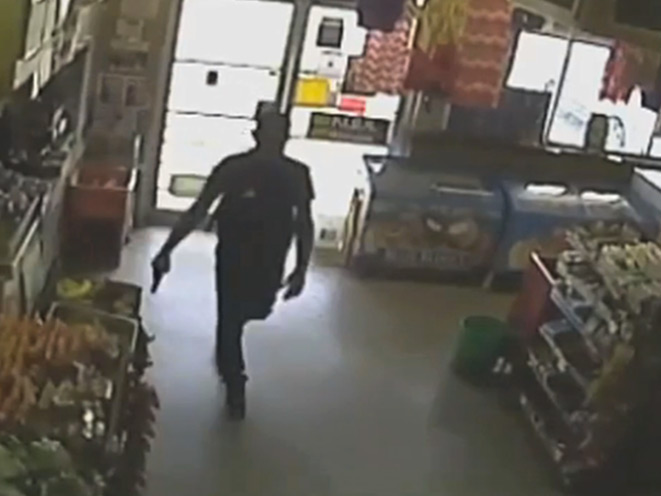 Police are looking for a gunman who fled an Orlando convenience store after the owner shot at him.

According to the Orlando Sentinel, a man walked into Mercy Market just before noon on Monday, picked up a gatorade, approached the counter, pulled out a gun and pointed it at the clerk behind the counter.

The suspect ordered the employee to the ground. He then went behind the register and began demanding money from the owner, Jasmine Cho, who managed to grab her .38 caliber handgun and point it at him.

Cho told the armed robber to leave, but he allegedly moved towards her. In fear for her life, Cho opened shot at the man but missed.

Surveillance footage shows the suspect fleeing the store after being shot at. He escaped in a blue minivan.

In a separate news report, the Orlando Sentinel says the same man is suspected in another robbery that occurred just hours later at a nearby Subway shop. In that case, he and an accomplice walked into the store, pulled out a gun and pointed it at the clerk. They stole cash and escaped in the same getaway vehicle.

The suspect in both robberies has been described as a Hispanic male wearing a blue shirt and black hat. Call Crimeline at 800-423-8477 if you have any information. 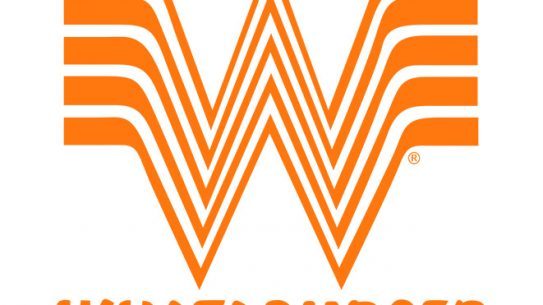