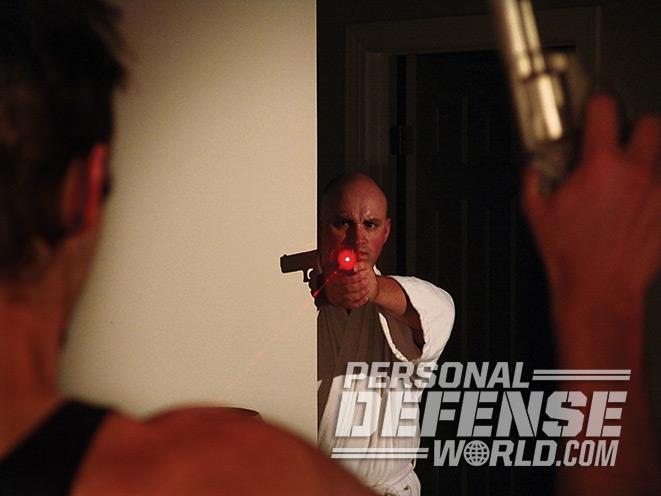 An armed homeowner in DeKalb County, Georgia shot at two intruders in his house last Friday afternoon, killing one and sending the other one running.

According to the Atlanta Journal-Constitution, the homeowner was home at the Fairington Ridge Condominiums in Lithonia with his four-year-old son when he heard a knock on the door. The man told police he didn’t recognize the two men knocking, so he went upstairs with his son.

RELATED STORY: California – One Suspect Shot, Another At Large After Failed Home Invasion

Seconds later, the father heard the suspects kick in the front door and enter the home. He grabbed his son and hid in a closet while the intruders went through the house stealing valuables.

Eventually, the two intruders opened the closet door. That’s when the father — who had armed himself by this point — opened fire, killing one of the suspects. The other suspect fled the scene.

As the AJC notes, the area had been hit with a string of burglaries recently. The homeowner is not likely to face charges for the shooting.

“Two guys went into the wrong home and they were met by a home owner protecting himself and a 4-year-old,” DeKalb County Police Chief Dr. Cedric L. Alexander told Channel 2.

The second suspect is still on the run. 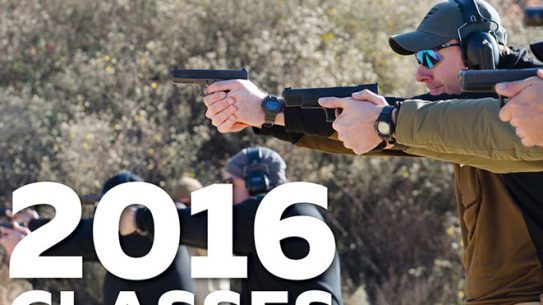 Sign up for one of these Wilson Combat training classes at the Circle WC...