by Ashley Hlebinsky
in Guns, Handguns
0

The Cody Firearms Museum, part of the Buffalo Bill Center of the West, now includes GLOCK as part of its collection, like a cutaway version of the G21.

Picture a gunfight in the American West. Two men face off to fire their holstered sidearms. However, in this scenario, they don’t draw famed six-shooters but two black, polymer-framed GLOCK pistols. If you are scratching your head at this thought, you’re not alone. While Sam Peckinpah’s film The Wild Bunch popularized the idea of semi-automatic pistols, specifically Model 1911s, in the world of the West, GLOCKs would be even more of a stretch.

Yet if you look at the modern American West, a GLOCK pistol is a familiar sidearm. It is a common choice for law enforcement, partly because of its reliability as a point-and-shoot gun, similar to that of a revolver. Gun shops in the West line their shelves with black guns amidst firearms traditionally associated with the frontier. The mythic West is a historic symbol of American nationalism and identity, but the real West is modernizing with each new generation.

While GLOCK pistols are common today, the history of GLOCK, Inc. is relatively recent. As a result, there has been a dearth of GLOCKs in history museums. Most museums showcase firearms of yesteryear, reveling in their historical significance and artistry. But the advancement of polymer-framed technology is a significant contribution befitting a place on the timeline of firearms development.

GLOCK pistols have earned their place in firearms history. This international company is becoming synonymous with American culture in a way that the Colt single-action revolver was over 150 years ago on the frontier.

Typically, the traditional gift for a 30th anniversary is pearl. But pearl grips on a GLOCK pistol would just be silly. Instead, it seems a good present would be to recognize GLOCK, Inc. in the long history of firearms ingenuity.

The GLOCK 17 was born from the imagination of Austrian engineer and company founder Gaston Glock. Following in the footsteps of many before him, such as Oliver Winchester, who was originally a shirt manufacturer, Mr. Glock was not previously a firearms designer. In 1963, he formed GLOCK KG, a company that produced and sold plastic and steel parts. As a result, Mr. Glock had an extensive knowledge of synthetic polymers. Merging that knowledge with the idea of a new handgun would make Mr. Glock legendary in the firearms world.

He was able to fill a niche for the Austrian military. In 1980, the Austrian Ministry of Defense released a list of 17 criteria for a new pistol that would replace the standard Walther P.38s. In three short years, Mr. Glock and a team of firearms specialists formed a company, prototyped the first GLOCK with a polymer frame and SAFE ACTION system, received the Austrian contract and supplied thousands of G17 pistols chambered in 9×19.

The G17 quickly caught the eye of other militaries around the world. By 1986, GLOCK was exporting to the United States. Three decades later, GLOCK has produced millions of guns spanning four generations and developed complementary ammunition like the .45 G.A.P. GLOCK has also made additional scientific contributions to the field by engineering superior anti-corrosive treatments on metals. No matter how recent the company, when a manufacturer like GLOCK enters the firearms industry, it has made its mark on history. 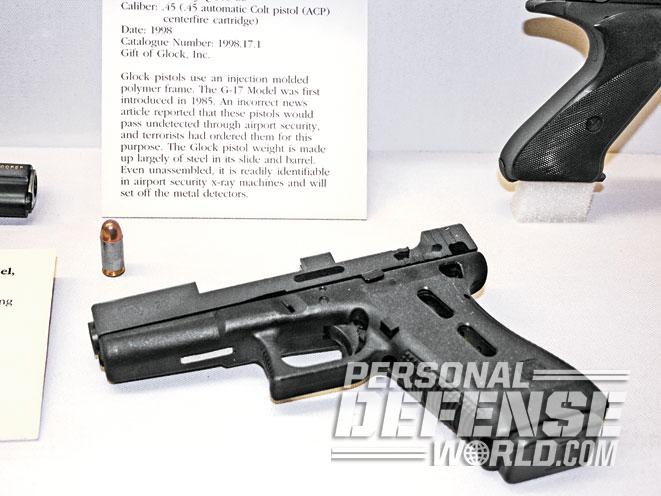 William F. Cody, or “Buffalo Bill,” founded the city of Cody, Wyoming. By the year of his death in 1917, the community was a bustling cowboy town. In honor of Buffalo Bill, the local community built a museum in his honor. It started as a small collection in a log cabin but within a decade grew to its current location.

The Buffalo Bill Center of the West (as it is now called) consists of five museums and a research library. The Buffalo Bill Museum, Draper Museum of Natural History, Whitney Gallery of Western Art, Plains Indian Museum and the Cody Firearms Museum represent a variety of interests and historic collections, all under one 7-acre roof.

RELATED STORY: The Ins and Outs of the Glock Collector’s Association

While the organization is almost 100 years old, the firearms wing is a more recent addition. In 1975, the Cody Firearms Museum got its start as the Winchester Arms Museum. The Olin Corporation, known better as Winchester Ammunition, loaned the entirety of the Winchester Arms Collection to the museum. The name of the collection, however, is misleading. The loan consisted of about 4,000 firearms as well as archival records. It included historical firearms, such as a hand cannon dating back to 1425, as well as more recent inventions. In total, over 30 major manufacturers were represented.

In 1991, the Cody Firearms Museum officially opened its doors. Today, the museum has almost 7,000 firearms and more than 20,000 firearms-related artifacts. The collection strives to be encyclopedic with an international scope. Overall, it has a solid breadth of firearms until about the 1980s. After that era, there is a distinct absence of artifacts. To enhance its reputation, the Cody Firearms Museum is trying to fill those holes in order to push the museum into the future. 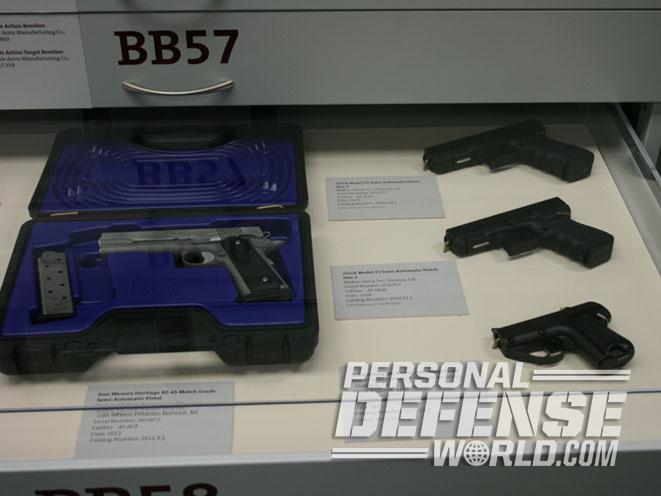 On the eve of GLOCK’s 30th anniversary in the United States, some museums are taking a new approach to collecting. They identify that there is no historical cutoff date that transforms an object into an artifact. They seek to collect contemporary firearms to capture history.

The Cody Firearms Museum is one of those museums making an effort to reach out to firearms manufacturers, like GLOCK, in order to document its history. With about 200,000 visitors each year, ranging from gun enthusiasts to novices, the museum is a good opportunity to introduce and teach people about the importance of firearms history, safety and basics, and to showcase the diversity of invention and manufacture.

In order to document and interpret their history, a reciprocal relationship is needed. GLOCK, Inc. is one company that has stood on the forefront of that understanding. Bob Radecki, national sales manager for GLOCK, Inc., has been involved in the museum as a result of his love of history. According to Radecki, “In the evolution of firearms design, Mr. Glock’s SAFE ACTION system and use of polymer were revolutionary ideas.” 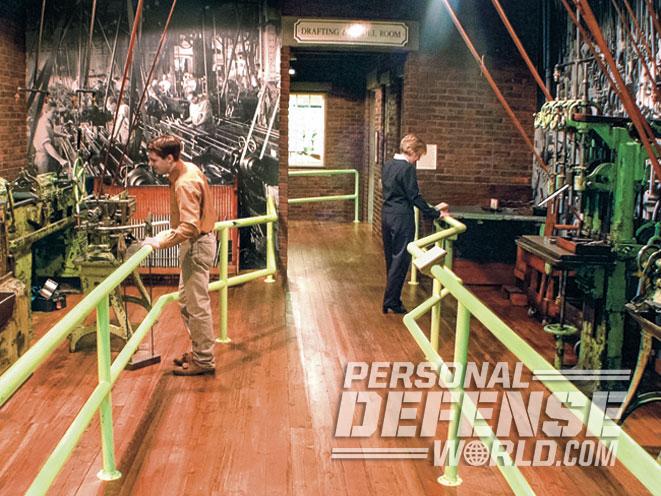 Over the past few decades, many museums have seen a steady decline in visitation. Yet gun enthusiasts of all ages and backgrounds still make the Cody Firearms Museum a destination. The majority of those visitors seek a personal connection to the collection. Many ask, “Where is my gun?”

People want to see a similar model to the firearms they actually own. While gun collectors and enthusiasts have an interest in older firearms, a new generation of museum-goer is developing. Those people still want to feel that personal connection, but instead of lever-action rifles, their guns of choice lean more toward polymer handguns, shotguns and rifles.

GLOCK’s Bob Radecki noted, “With the Cody Firearms Museum’s emphasis on telling the history of firearms, the GLOCK influence fits naturally in the evolution of firearms development. The story of firearms innovation and manufacturing innovations in the last quarter of the 20th century would be incomplete without including the contributions of GLOCK.”

Museums like the Cody Firearms Museum have an obligation to continue the story of firearms. Featuring firearms like GLOCKs serves as a portal to introduce younger visitors to firearms history and to solidify a place for recent manufacturers on the chronology of development.