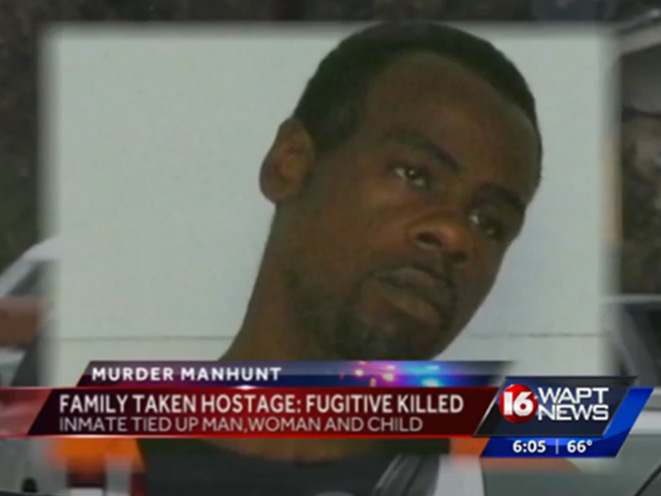 A couple shot and killed an escaped prison inmate inside their Vicksburg, Mississippi home yesterday morning, putting a deadly end to a week-long manhunt that included the cooperation of local, state and federal law enforcement agencies.

According to the Vicksburg Post, 34-year-old Rafael McCloud was in the Warren County Jail on March 2 awaiting trial for the abduction and murder of Sharen Wilson when he used a shank, or homemade knife, to overpower one of the three guards on duty and escape from the facility.

Search teams scoured the area looking for McCloud — even returning to Kuhn Memorial Hospital where McCloud is accused of killing Wilson and where authorities on March 3 found found a pair of pants taken from the jail guard — but he managed to elude capture despite reports of sightings.

Finally, on Thursday morning at around 4 a.m., McCloud broke into a home on Fort Hill Drive in Vicksburg, attacked the husband and wife, and held them and their five-year-old son hostage inside the bathroom.

At some point, McCloud allowed the wife to leave the room. She returned with a handgun and opened fire, shooting McCloud. She then freed her husband, who took the gun and fired a few more shots at McCloud. The family fled the home, flagged down a motorist and asked them to call 911.

As the Vicksburg Post reports, the husband was transported to an area hopsital to be treated for a non-life threatening stab wound. His wife sustained a head injury during the struggle with McCloud, but she did not require treatment.

McCloud was found dead in the bathtub from multiple gunshot wounds.

“We are incredibly relieved this family was not seriously injured and they were able to protect themselves this morning,” said Warren County Sheriff Martin Pace . “It’s been a long week for this community and we appreciate the cooperation of the public.”

In addition to the pending murder and kidnapping charges, McCloud has a rap sheet that includes felony convictions for auto burglary, grand larceny and armed robbery. 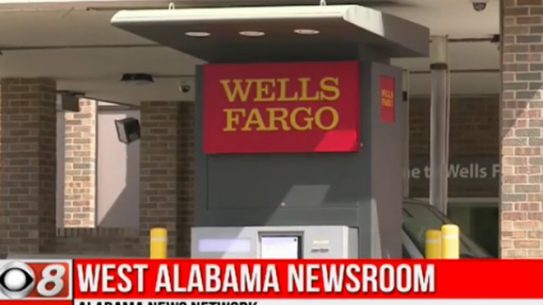 A good guy with a gun shot an armed robber at an ATM in...