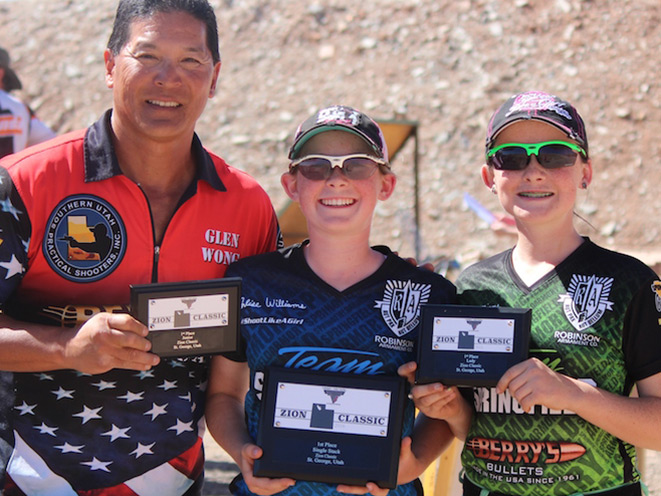 Team Springfield eked out a division first-place finish at the TTI Zion Classic March 19-20, in Hurricane, Utah. Thanks to newly minted Team Springfield shooter Jalise Williams, the team came out on top in the Single Stack Division.

Shooting her Springfield Armory 1911 Range Officer 9mm, Jalise focused her shooting on speed and accuracy for her first division win. “I was hoping for High Lady and High Junior, but have been practicing a lot and really wanted a division win,” she said. “I just wasn’t sure if it was too soon to have that dream come true.”

Jalise credited the Williams’ coach Glen Wong with believing in them throughout the competition.

The Production Division included some highly competitive battles, and Justine focused on keeping her calm throughout the heated battles, commending her sister’s victory. “It’s nice having a sister to shoot with, because, even if I don’t place well, my sister probably will, so really – we both win,” Justine said.

“The first name in American firearms,” Springfield Armory was founded in 1777, when George Washington ordered the creation of an armory to store ammunition and gun carriages during the American Revolution. In 1794, the armory began to manufacture muskets and spent the next 150 years supplying firearms for every major American conflict. The original armory closed in 1968. In 1974, the Reese family took ownership of the Springfield Armory name and began making the M1A rifle. Today, Springfield Armory develops many products loyal to the company’s heritage, like the 1911 pistol, while ensuring its future with innovative products, including the XD, XD Mod.2 XD(M) and XD-S polymer pistols. 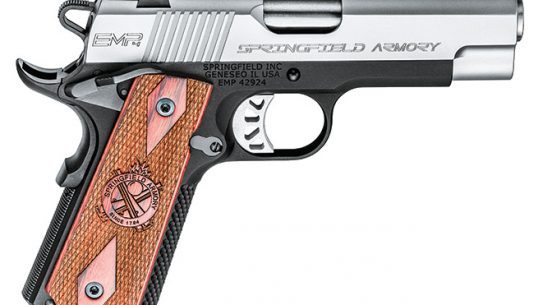