Many years ago when we were introduced to the “Practical Pistol Course” of the FBI at Quantico, one stage required the discharge of five shots, a reload and a discharge of five more—all in one time interval. I bought that idea and when the practical shooting game became popular I introduced various courses in which reloading under fire was required. This was probably not a good idea, as extensive study has failed to turn up any instance in which a man ran his piece dry in a pistol fight, reloaded and continued the action successfully. This is not to say that such a circumstance could not happen, but rather that it should not be emphasized in training or competition.

Today, reload speed is vital to IPSC matches, and I think we’ve expended a great deal of effort in pursuit of an unreasonable goal. Great volumes of fire were doubtless useful back in the days when “civilized” men found themselves obliged to repel hoards of screaming savages. Those days are gone. Thus I believe that no pistol course of fire should require the firing of more than six shots from any one firing position. Actually, there is no reason for that many; however, a great many revolvers, which are still in use, are limited to six rounds and they do very well as defensive instruments. 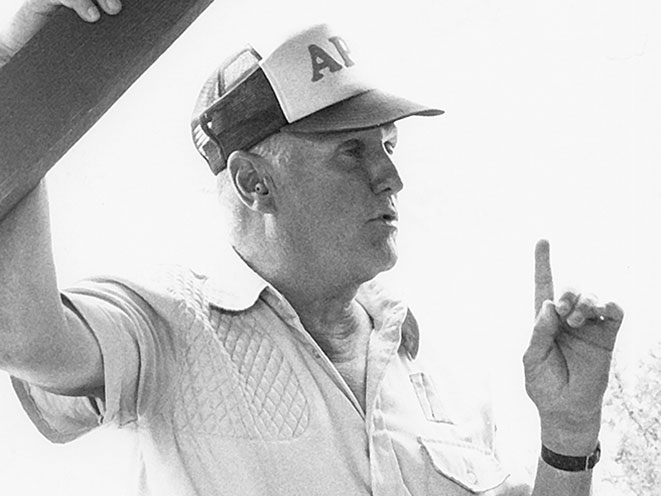 The British, as well as the Australians, have been so upset by the misuse of firearms by certain madmen that they are scurrying around endeavoring to pass laws in amelioration of this nasty phenomenon. If the situation gets much worse, they may eventually decide to pass a law against murder, but that is too bizarre a solution for the age of the wimp.

They are approaching a new election in England, too. Currently the legislative position of The Left is “no pistols at all,” and that of The Right is “much tighter control than we have now.” Well, that is where the Magna Carta was signed, but that was a long time ago. One obnoxious commentator recently observed that “If you have any desire to own a firearm, that is positive evidence that you should not be allowed to have one.”

Bear contacts seem to be on the increase throughout the United States, which upsets some people very much. That state of mind which holds that any problem may be solved by passing a law is hard put to think up any sort of law that can be passed about bears. Certainly we do not want to exterminate the beasties, but on the other hand, we do not want innocent non-combatants chomped up.

A recent contact is reported from the Kluane district of the Yukon, a country I hunted extensively as a youth. It was then good grizzly country, and I took three prime trophies, as grizzlies were considered vermin at that time, much like the way lions were in Kenya. Apparently this is still a good region for bears, as in this recent case. A girl was backpacking alone when she ran into a half-grown cub which killed her.

If this poor woman had been familiar with the Gunsite bear rules, and had observed them, she would have been all right. Modernism, of course, has a lot to do with this. When I knew the Yukon, no woman would have been walking alone in it, nor any man without an adequate rifle. Times have changed. 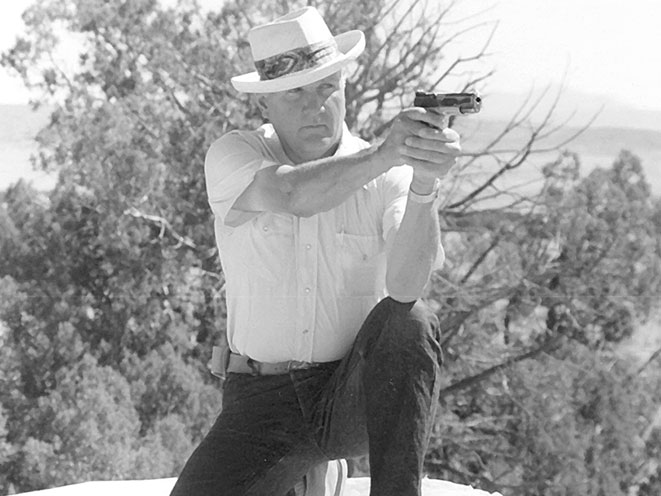 Those who think that legislation is the answer to gun violence should consider Bogotá, Colombia. Colombia is a fairly violent community at this time, where shootings are almost as prevalent as in south Phoenix. Note, however, that while everybody is armed and everybody is aware of the problem, there is a social taboo about shooting anybody in the bull ring. This is not a matter of statute, as I see it, but rather of custom. On Sundays during the bull season there has to be a place where people can go and concentrate on things apart from watching their backs. You cannot concentrate on the matador or the bull if you are continually watching over your shoulder. Therefore, all hands—good and bad—have accepted the idea that you do not shoot people in the bull ring. It seems a viable consensus is what is needed.

All of the faithful maintain perfect zeros all throughout the year. But for those of us who are not perfect, now is a good time to get out to the range and get those rifles to hitting exactly to where they are pointing. It is true that when our chance comes the range may be so short that an inch or two one way or the other is not important, but we must not count on that; and besides, zeroing is fun. We must remember, of course, that zeroing at home does not preclude zeroing at base camp. Scope-sighted rifles can easily go cockeyed between residence and hunting camp.

The lefties have been making a great to-do recently about this matter of separation of church and state, which appears nowhere in the Constitution except in the sense that the federal government is prohibited from establishing a state religion. Mr. Jefferson seems to have invented the idea of a “wall of separation” which he thought desirable in avoidance of something such as the Church of England.

Considering the present state of our educational system, it might seem that a wall of separation should probably be erected between school and state. At the present time, our schools appear to be run essentially by the teachers unions, to the disastrous ignorance of our young people.