by John McGregor
in Home & Self-Defense
0

"One of the first lessons in tactics concerns what to do immediately after encountering a threat. We don’t want our new shooters to develop the habit in which, after firing at a target, they immediately holster their weapon."

When a law enforcement officer starts his or her career, they receive training in many areas. One of these areas is firearms.

Not all newly hired officers have prior handgun training, so the training must start with the basics of safety and marksmanship. Eventually, an officer’s firearms training will start to move beyond basic marksmanship to incorporate tactics to use during a deadly force encounter. This can carry over to self-defense-minded civilians as well.

One of the first lessons in tactics concerns what to do immediately after encountering a threat. We don’t want our new shooters to develop the habit in which, after firing at a target, they immediately holster their weapon. We need to observe our environment to determine if there is something we can do to improve our position and make ourselves safer. This act can be called many things, such as a “threat scan,” “threat assessment,” “after-action assessment,” etc. For the purposes of this article, I will use the term “threat scan.” As the article continues, it will become apparent that a threat scan covers more than just threats.

What most people think of when we talk about a threat scan is searching for additional threats. The primary threat may have friends. So we want to train shooters to search for additional bad guys. Unfortunately, untrained shooters seem to think that additional threats will be somewhere in a roughly 30-degree arc in front of them. For a threat scan to be effective, it has to cover the 360 degrees of space surrounding the shooter. Additional bad guys could come from any direction. And since the shooter is checking in all directions, there are some other things that the shooter should look for besides more bad guys.

It is also important to know where other good guys are. On October 5, 1871, Wild Bill Hickok was performing his duties as marshal of Abilene, Kansas, when he was involved in a gunfight with Phil Coe. Hickok shot Coe and then heard someone running in his direction. Hickok fired, killing Special Deputy Marshal Mike Williams. Williams had heard the gunfire and was running to help Hickok. It is important for people to remember that there may be officers, as well as well-intentioned responsible citizens, who may be attempting to help them. Identifying other good guys will prevent a tragedy like the one that occurred in Abilene over 140 years ago. 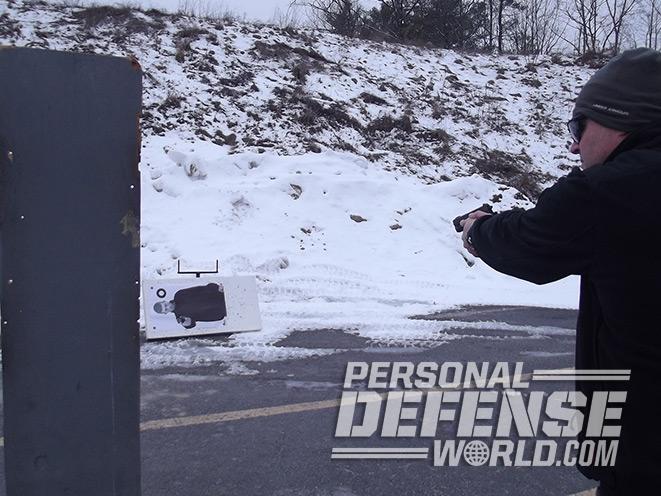 Next, a student can use his or her threat scan to locate a position of cover. Cover is something with the ability to stop incoming rounds. A shooter may find cover during the threat scan and move to it as the threat scan continues. It doesn’t make sense to perform a full 360-degree assessment of the area while standing out in the open if there is a 100-year-old oak tree 3 yards to your left. If cover is not available, a position that provides partial concealment is better than remaining in the open. Absent cover or concealment, you should incorporate movement rather than remaining a stationary target.

You may find yourself in a situation where you do not have the ability, training or equipment to surmount. There could be multiple bad guys or bad guys using weapons better or more powerful than your own. In this case, a threat scan may locate an avenue of escape. In some circumstances, escaping the area may be the proper response. Exit the area and wait for law enforcement officers.

After instructing shooters on why we do threat scans, we must explain how to conduct them. The first thing the student has to do is get off their weapon’s sights. At the Sig Sauer Academy, we call this “Universal Cover Mode.” This consists of lowering the weapon to a point where it no longer obstructs your view. In the case of a primary threat, the weapon is lowered enough to see the hands of the primary threat. Once the primary threat has been addressed, the rest of the threat scan can begin.

This is the point at which I have found that further instruction is typically required. Pay attention to how the student begins scanning the area. The student should be moving their head. Under a stressful situation, we can expect a decrease in our peripheral vision, which can create a phenomenon known as tunnel vision. To limit the effect of tunnel vision, we instruct the student to move their head. The students are shown how to check both left and right and over both shoulders to guarantee that they are looking in a 360-degree circle around themselves. However, some students look like zombies on Valium. They slowly move their head in one direction and then slowly move their head in the other direction. Sometimes they even scan 360-degrees around them, which is good. But in the process they ignore the primary threat. As stated earlier, the shooter must continue to monitor the primary threat, because the primary threat could resume acting aggressively. What I want to see is the student quickly check in one direction, then come back and check the primary threat. Next check in the opposite direction, but come back to make sure the primary threat is not attempting to resume his or her aggression toward the shooter.

Once I observe the students scanning with a purpose without ignoring the primary threat, it is time for a test. I stand in a position behind the firing line, and as the students engage their targets, I hold something in my hand such as a pistol mag or a $20 bill. Once the students have performed their threat scan and holstered their pistols, I ask them to raise their hands if they know what I had in mine. The first time I do this I estimate about 20 percent of the students can tell me what I had in my hand. The point is that the students are moving their heads,  looking, but they are not actually seeing. I point out to the students that even though I was just a few yards from each of them as they looked at me, they weren’t paying attention to what they were seeing. This usually gets the message across. 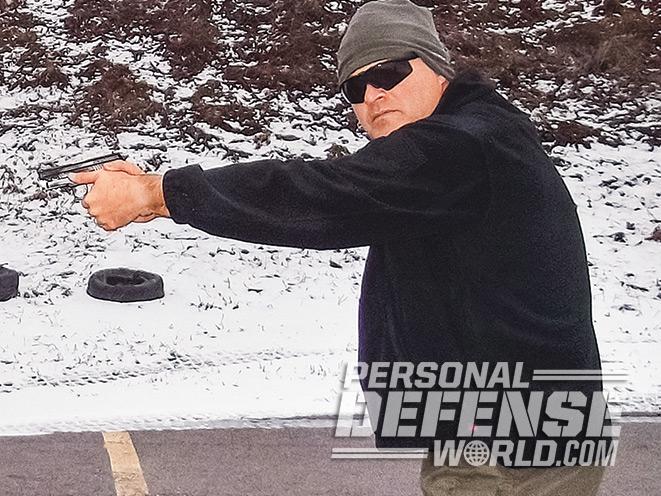 Lastly, I incorporate a threat scan with no-shoot targets. We typically train students to draw from the holster, engage a threat and then start the threat scan. What happens if we don’t engage the threat? We don’t want to be so focused on the suspect that we ignore the environment around us. The “primary threat” could be distracting us from the real threat. During those circumstances, quick scans should continuously occur without ignoring the primary threat.

RELATED STORY: Anatomy of a Gunfight – Surviving a Shootout

Threat scans are something that we want to be an automatic response on the part of the shooter. We want the shooter to assess the primary threat while searching for additional threats. We want our students to be aware of the positions of other citizens attempting to help or officers in order to avoid a “friendly fire” tragedy. Lastly, all well-trained shooters—civilian or law enforcement—must be able to use the environment to their advantage by utilizing available cover and avenues of escape as necessary to survive and fight another day.