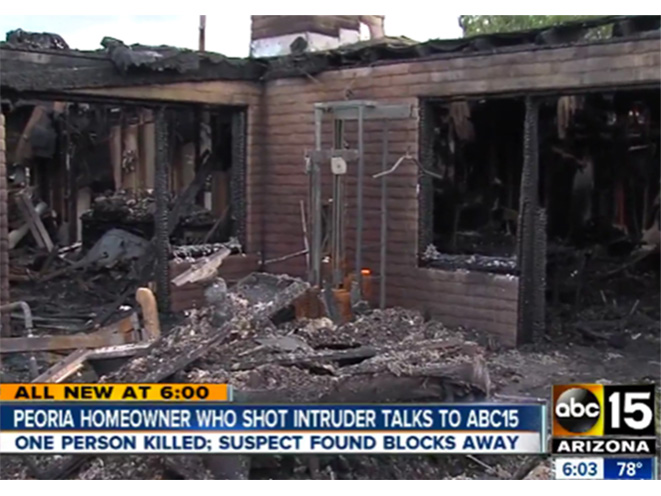 A bad guy who broke into a home and set it on fire wound up with a bullet in his abdomen after being confronted by the armed homeowner.

ABC15 says retired firefighter Dave Bowers was asleep inside his Peoria, Arizona home near 75th Avenue and Thunderbird when he was awoken by the sound of the house alarm going off. He went to investigate and came upon a masked man using a blowtorch to light the carpeting on fire.

Bowers moved to grab his .357 and a fight ensued between the two men. The fire continued to rage during the struggle, but Bowers knew he couldn’t allow the masked arsonist to gain control of the gun. Finally, Bowers was able to open fire and, according to Guns.com, shoot the man once in the abdomen.

The suspect managed to flee the house despite being wounded, but Bowers continued shooting.

“He ran across, jumped over to the fence, I got to the fence, and I was still firing at him about 4-5 times as he ran across the field and jumped another fence to 75th Avenue,” FOX10 reported.

First responders encountered the suspect a few blocks away and transported him to an area hospital, where, as of last week, he was listed in critical condition.

Bowers’ home was completely destroyed in the fire, and, unfortunately, there was one fatality as a result of this incident. 73-year-old Steve Krzyzewski, one of five people renting a room in the house, was trapped inside and, as Guns.com reports, suffering from smoke burns and inhalation by the time firefighters got to him. He was taken to a local hospital, where he later died. Bowers has rented rooms to people since 2008 after the recession hit.

According to ABC15, Bowers told investigators he doesn’t know the suspect. He says he was informed by the Maricopa County Sheriff’s Office that the man had just been released from jail two weeks ago. His name and a possible motive have not been released. 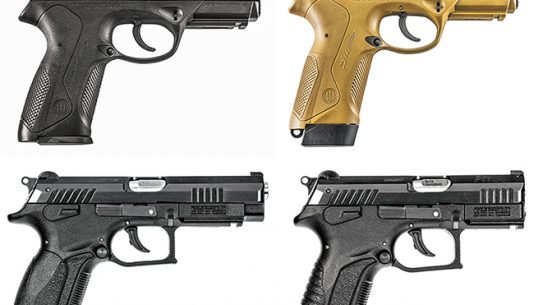 Beretta and Grand Power use the locked-breech, rotary-barrel system to help their pistols stand...