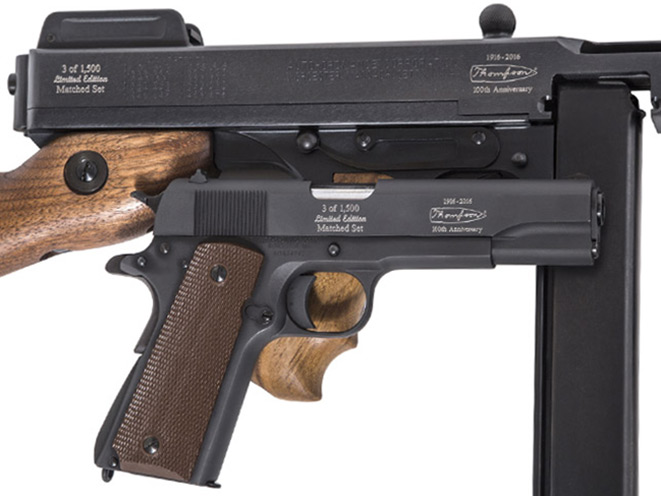 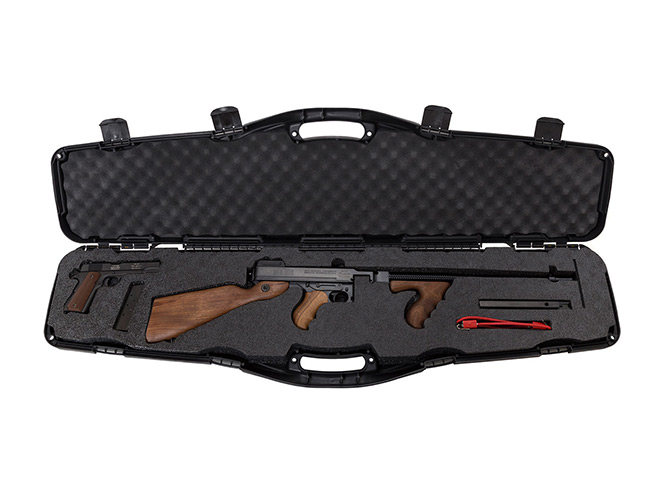 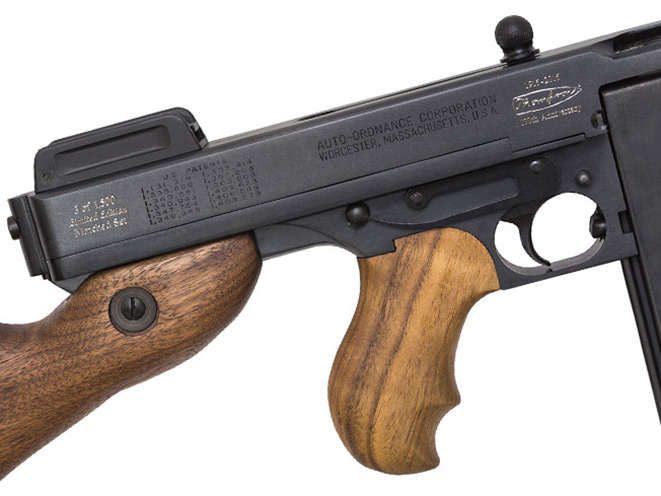 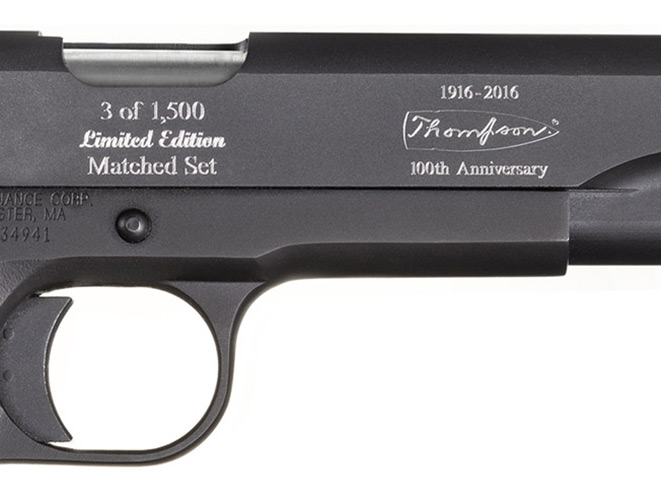 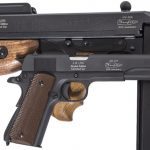 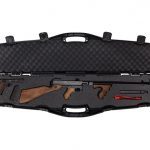 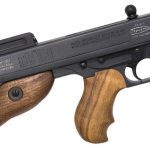 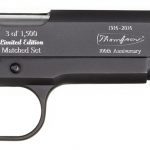 The following is a press release from Auto Ordnance

When John T. Thompson first began researching a portable hand-held automatic weapon in 1915 little did he know that he would be changing history forever. Now, 100 years later, the Thompson semi-automatic rifle, also referred to as the Chicago Typewriter, is commonly known to everyone across the globe.

John T. Thompson was born in Newport, Kentucky on December 31, 1860. His father, a graduate of West Point, served as Lt. Colonel during the civil war and, John, following in his father’s footsteps, also graduated from West Point and served in the Army. It was while he was in the Army that Thompson went to engineering and artillery schools and began researching small arms. He was later assigned to the Army Ordnance Department in 1890 as a 2nd Lieutenant and was responsible for arming and dispersing of weapons during the Spanish-American war.

During WWI, before the U.S. became involved, Thompson saw the need to assist the allies with better artillery, so he retired from the Army to dedicate his time to develop a fully automatic weapon. By 1916, while employed as Chief Engineer at Remington Arms, he created a gun that could be used to clear enemy trenches, nicknamed the “Trench Broom” and this was the beginning of the Thompson submachine gun.

When the U.S. entered WWI in 1917, Thompson re-enlisted into the Army and was promoted to Brigadier General. Once the war was over, Thompson continued to perfect the Tommy Gun and by 1920 it was patented.

With the war now over, there was little demand by the military for the arms, so Thompson began marketing the Tommy Gun to Law Enforcement Agencies and also to the general public. Historically, it also became infamous as the weapon of choice for gangsters, including John Dillinger, Al Capone, and Baby Face Nelson.

Thompson died in 1940 at age 79 and was honored with a burial on the grounds of the United States Military Academy at West Point. Less than two years after his death, WWII broke out and the U.S. Army ordered significant quantities of the Thompson submachine guns.

Auto Ordnance is proud to honor the man and the legacy of the Tommy Gun with the introduction of the commemorative 100th Anniversary matched set edition of the Thompson 1927A-1 rifle and matching 1911A1 pistol.

The limited edition Thompson 1927A-1 Deluxe Carbine is offered in .45 ACP and comes with one 20-round stick magazine. It features a 16.5” finned barrel (18” with compensator) and is prominently engraved with the classic Thompson logo, limited edition numbers, and displays the words “100th Anniversary” on the matte black steel frame. The gun weighs 13 lbs. and has an overall length of 41”. Other features include a pinned in front blade and an open rear adjustable sight. The stock is fixed, has a vertical foregrip, and is made from luxurious American Walnut.

As a matched set, the limited edition series also comes with the Thompson 1911A1 GI Specs pistol. It comes in .45 ACP, has a 5” barrel and a matte black steel frame. Overall length is 8.5” and it weighs just 39 oz. The iron sights are front and rear dovetail cut low profile. The pistol is shipped with one 7-round magazine. Just like the Thompson 1927A-1, it too is engraved with the iconic Thompson logo, the words 100th Anniversary, and lists the limited edition numbers on the frame. Both guns must be purchased as a set and the MSRP is $1,971. The guns are shipped together in a polymer hard case with the yellow Thompson Bullet logo and the words “Chicago Typewriter” in white stamped on the black case cover.

“We are proud to honor the name and the legacy of General John T. Thompson with this special 100th Anniversary matched set” states Frank Harris, VP of Sales and Marketing, Kahr Firearms Group. “There is a rich historical past attached to the Tommy Gun, and we feel General Thompson would be proud to see that what started as a research project in 1915 has served the military, law enforcement and shooting enthusiasts around the world so prominently for over 100 years.” 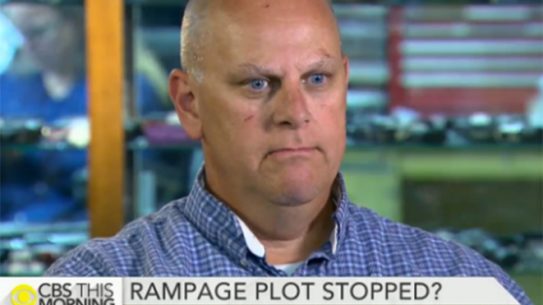 John Downs, the owner of Downs Bait and Guns in Logan, Ohio, prevented a...