Oscar Pistorius went to trial in 2014 accused of the murder of his girlfriend in South Africa. He had become an international hero as the “blade runner,” a legless man who became a champion runner on a pair of artificial legs. He claimed he had thought there were home invaders in his bathroom, and that was why he fired his 9mm pistol through the bathroom door. The bullets killed his significant other, Reeva Steenkamp.

Pistorius was convicted of culpable homicide, roughly equivalent to the crime of manslaughter as seen by the U.S. criminal justice system. In December of 2015, South Africa’s Supreme Court of Appeal ratcheted the conviction up to murder, not buying that he was in reasonable fear of his life.

Let’s call that Case One in a discussion of the late, great Jeff Cooper’s “Rule Four:” one must always be certain of his target, and what is behind it, before pressing the trigger. Anti-gunners like to claim that ordinary Americans with guns will shoot the wrong people by mistake. This is actually an extremely rare occurrence, but when it does happen, it is powerful grist for the gun-banners’ mill. And, sadly, it does happen.

Case Two was reported from St. Cloud, Florida, on December 31, 2015. A woman who had been visiting for the holidays was fatally shot by her mother in central Florida after being mistaken for an intruder, police said Wednesday. The mother was asleep when she heard someone enter her home, according to St. Cloud Police Sgt. Denise Roberts. 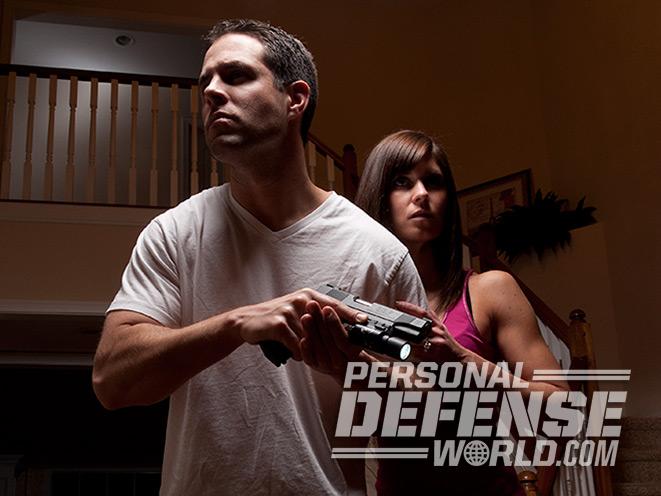 The mother told police she heard footsteps approaching quickly, so she fired a single shot. She then discovered the person was her 27-year-old daughter, according to a news release from police. The daughter had been visiting from North Carolina and didn’t live in the home, Roberts said. The daughter was taken to a hospital where she died. The mother also was taken to a hospital for treatment. Detectives were investigating the case but say the mother’s story matches the evidence so far.

“At this time, the incident appears to be an accidental shooting,” the news release said. The state attorney’s office will review the shooting to decide whether charges should be filed after the St. Cloud Police Department has completed its investigation.

Several years ago, I was retained as an expert witness for the plaintiff in a lawsuit that evolved out of a shooting in Florida that took place after a hurricane. In Case Three, the storm had caused significant damage to the palatial home of the defendant, who had called in skilled workmen to repair it. They arrived early, and the homeowner was awakened by the sound they made. Groggy from sleep, he looked out a window and saw them in the early morning gloom carrying their gear. Deciding that they must be looters with heavy weapons, he grabbed his home-defense gun and decided to fire a warning shot (a very bad idea).

His gun was a small revolver, but he had never fired it since buying it (another bad idea). He pointed rather than aimed (not a good idea under these circumstances, either) and pulled the trigger. The bullet he discharged struck one of the workers he had asked to be there, gravely injuring him.

By some miracle he escaped indictment when the case went in front of the grand jury, but in the civil lawsuit that followed, his recklessness and terrible judgment cost him a very substantial portion of his wealth. 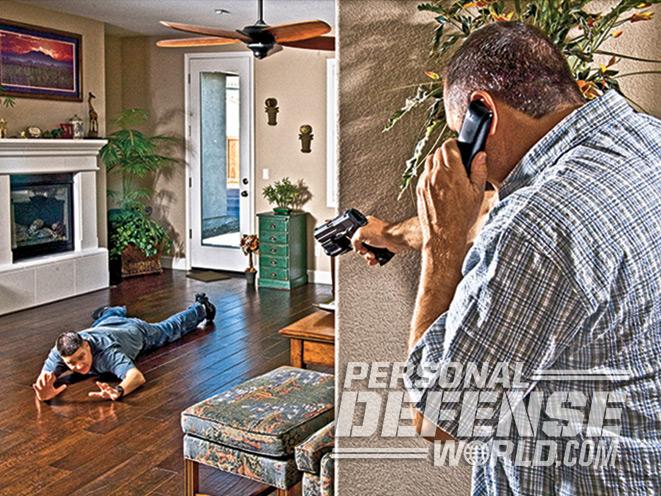 If you read this magazine, it’s because you’re into guns. In a time when more and more Americans are (logically) arming themselves, many for the first time, even those of you who don’t put yourselves forth as firearms instructors become by default the resident experts on armed self-defense for your friends, relatives, neighbors and coworkers.

Those people have all read the newspaper editorials, letters to the editor in their hometown newspapers and other propaganda telling them that “carry permits and stand-your-ground laws will make blood run in the streets” and “Castle Doctrine means you can kill anyone you find in your home.” In the case of that last shibboleth, it’s the duty of all responsible firearms owners to educate these new shooters as to the truth.

And the truth is, while our home is indeed our castle, it doesn’t mean we can have an execution chamber. The guy in Case Three simply had no excuse. I have no inside information on Case One and don’t know whether he deliberately murdered his girlfriend or became a victim of panic himself. But let’s look at Case Two.

The adult daughter lived elsewhere, had a key to her mother’s home and apparently came there at an unexpected time and awakened and alarmed her mom. In my classes, I ask the students, “How many of you have keys to your house out to friends, relatives, extended family?” Most hands go up. And I say, “We have to talk.” We all have to realize that the visiting relative may potentially arrive early or unexpectedly, or that a family member may have called a plumber or electrician to the house without telling us. That’s how we have the “intruder in the night” or “the strange man in the house when I got home.”

Tell anyone with a key to your house, “You must call ahead or at least knock. And if there’s no answer and you enter, loudly announce yourself.” The ability to identify the target is critical. When you have a defensive weapon in hand, have illumination. Would the now-bereaved mother in Case Two have fired the shot that killed her daughter if a powerful beam of light had shown her whom she was leveling her gun at? It’s most unlikely. This sort of tragedy could have been avoided altogether. 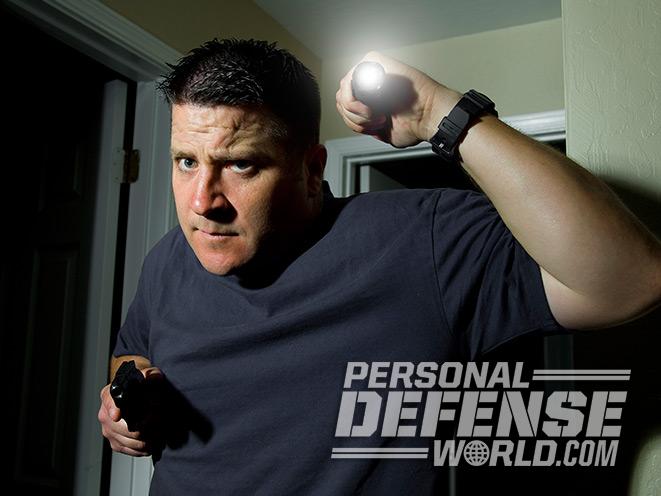 I strongly recommend that when you have a gun, whether it’s at your bedside or for concealed carry, that you have an illumination source. The weapon-mounted light is hugely popular among police, increasingly popular in the armed citizen sector for home defense and, thanks to more compact technology, even concealed carry. Whether you have a weapon light on your home-defense gun or not, you definitely want a separate, powerful and easily controlled flashlight readily at hand beside your handgun. We can never forget that when we search with a light mounted on a firearm, we’re pointing a loaded gun at everything we look at. Point at a person who, unknown to you, is an invited guest and you may find yourself facing a charge of felony aggravated assault. The flashlight alone, with the handgun discreetly separate, can keep that from happening.

Proper handling of suspected intrusions can save lives. Let me close with Case Four. Not long after taking one of my courses, a graduate called to thank me. He and his wife live alone, and on the night in question they were awakened by the sound of the front door opening.

He told me, “I used to be one of those guys you talk about whose plan is to shoot any stranger they find in their house. I did what you told me and took a cover position with my pistol in one hand and a flashlight in the other. When I saw him in the dark, I beamed him as I said, ‘Don’t move!’ He turned out to be my brother-in-law.”

The young man had a key to the house and was expected to come visit for the weekend to spend his spring break, but he had finished his exams early, got a ride there and, arriving very late, intended to “crash” on their couch and surprise them. As they say at the Holiday Inn, “the best surprise is no surprise.” That was certainly true in this Case Four, where potential tragedy was averted with simple common-sense tactics.