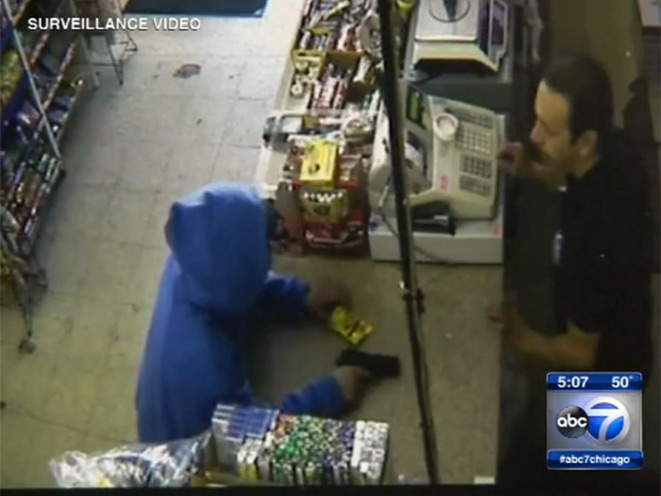 An Illinois teenager used an airsoft gun during an attempted armed robbery at a grocery store last week. Unfortunately for him, the clerk behind the counter pulled a real gun, and he wasn’t afraid to use it.

According to ABC7 Chicago, surveillance cameras captured a 16-year-old wearing a blue hoodie walking into the Nuevo Mexico store in suburban Des Plaines last Saturday morning. He approached the counter as if to pay for an item. When the clerk made his way to the front, the suspect pulled out the airsoft gun.

The clerk can then be seen reaching behind the counter and grabbing his own gun. The would-be robber fled the store along with an accomplice.

The clerk chased after them and opened fire, but nobody was injured.

“People are going to get killed as a result of crimes with air soft guns and they’re not going be the victims, they’re going to be the offenders,” said Chief Bill Kushner of the Des Plaines Police Department.

Des Plaines Police recognized the 16-year-old suspect in the surveillance video and were able to track him and his accomplice down. The duo are now facing charges in six armed robberies in Des Plaines, Morton Grove, Kildeer and Lake County. 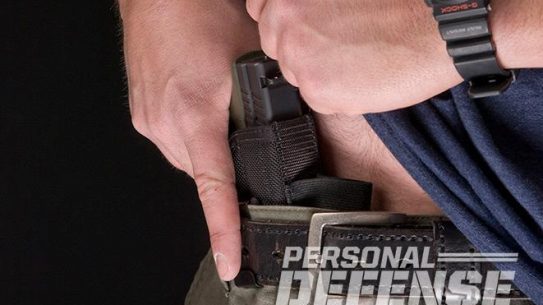 Mississippi might soon join Idaho and West Virginia as the third state to pass...