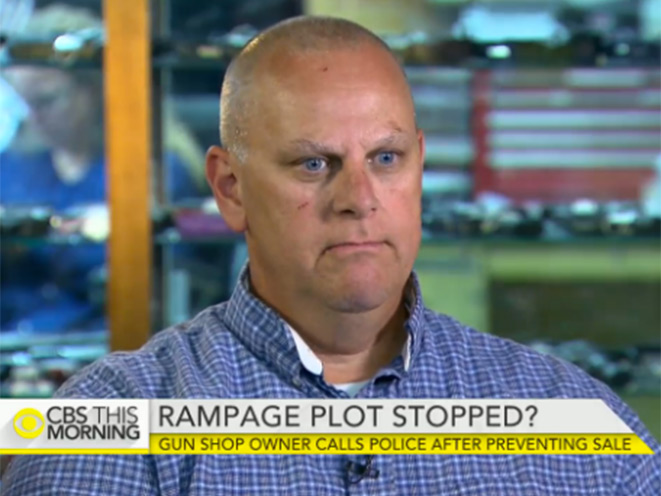 An Ohio gun shop owner refused to sell to a customer he found to be suspicious, thwarting a possible mass shooting in the process.

According to WSYX ABC 6, John Downs, the owner of Downs Bait and Guns, was working in his store on Monday afternoon when a man came in and wanted to buy a long gun. The man — later identified as 25-year-old James Howard — passed a background check, but Downs said he had reason to be suspicious after the man made some troubling statements, such as suggesting that he wanted to harm himself and others.

Downs refused to sell the weapon, and Howard angrily stormed off, making a few threats in the process. An hour and a half later, Howard came back to the store. Downs then called 911.

Hocking County Sheriff’s deputies arrived and found Howard at a nearby Walmart where he was buying camouflage clothing, gloves, and “an enormous amount of ammunition,” Sheriff Lanny North said.

Police searched Howard’s vehicle and found a .22 Caliber rifle, as well as paperwork involving medical and mental health. Howard had purchased the rifle at a gun store in Athens. It is believed that Howard was planning “something that was going to take a lot of lives. Apparently he was frustrated about something that happened at OU in Athens,” said North.

Howard withdrew from Ohio University in Athens on Monday, where he had been a hockey player and had gotten into an altercation with an assistant hockey coach at Bird Arena.

RELATED STORY: Workplace Violence – Defend and Escape an Active Shooter at the Office

As WSYX ABC 6 reports, Howard has been charged and is currently being held at the Southeastern Ohio Regional Jail.

Authorities are praising the actions of Downs, the gun shop owner who refused to sell to Howard and called 911.

“I believe he did prevent a mass shooting that was probably going to occur at Ohio University in Athens,” said Sheriff North. 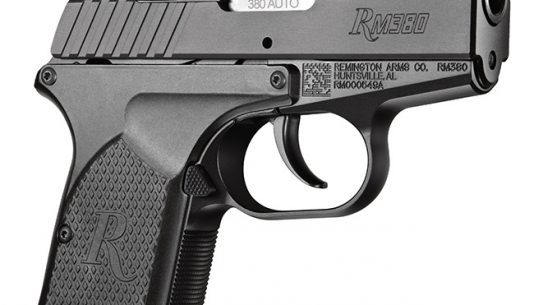 Remington's RM380 is now listed on the Maryland Handgun Roster as available for sale...