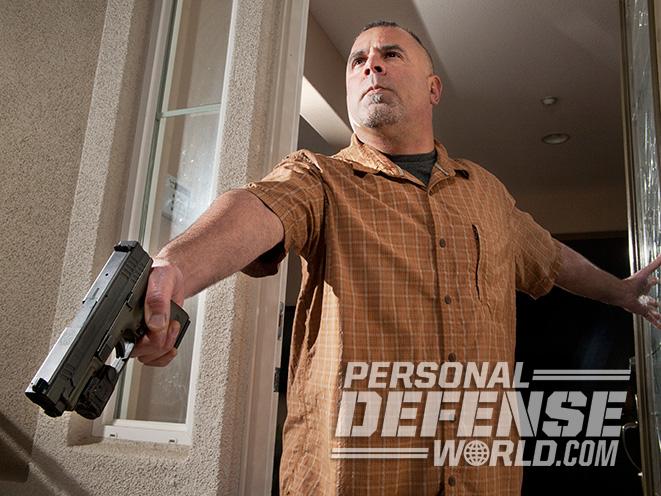 A homeowner in western New York shot a man in self defense during a failed home invasion this past weekend.

According to WRFA, the incident began when a man later identified as James Duman and an unidentified female suspect walked onto the enclosed porch of a home in the village of Fredonia in Chautauqua County at around 2:20 a.m. on Saturday and knocked on the door.

Sensing danger, the homeowner grabbed his legally-owned handgun and answered the door. Duman and his accomplice then forced their way into the home, the police report says.

Words were exchanged and the homeowner told the suspects he was armed, at which point they left his residence and got into their getaway vehicle.

As WGRZ reports, the homeowner walked out onto his front steps to get a description of the car, and that’s when Duman allegedly got out and charged at him.

In fear for his life, the homeowner opened fire and shot Duman, who managed to get back into his car and drive off. The homeowner called the police, and Duman was found and arrested shortly thereafter.

Duman was treated at an area hospital and transported to Erie County Jail. He has yet to be formally charged. Police haven’t indicated if his female accomplice will be charged.

Chautauqua County District Attorney Patrick Swanson said the homeowner is not likely to face any charges. 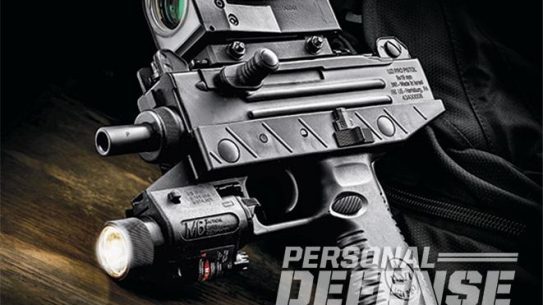 An Uzi For U: IWI’s Compact Uzi Pro Pistol