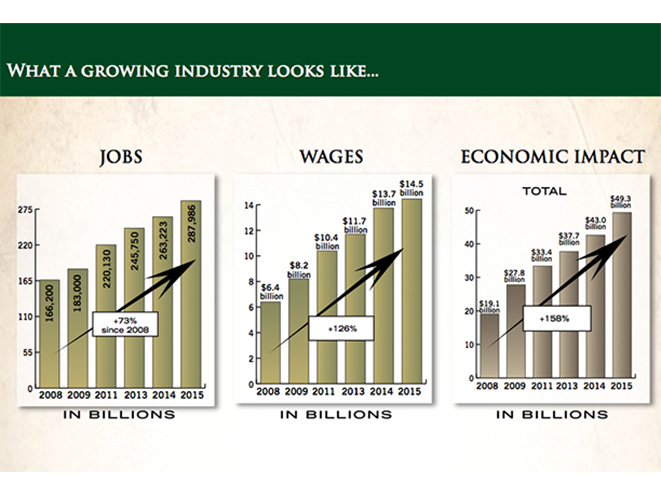 A new report from the National Shooting Sports Foundation (NSSF) has revealed that there were 24,763 new gun industry jobs created in 2015, bringing the total number of firearms industry jobs to 287,986 for that year. As WPIX points out, that’s an increase of almost 10% from 2014 in terms of manufacturing and retail jobs for guns, ammo and gear.

According to the NSSF, these jobs offer an average of $50,180 annually in wages and benefits. Most of them are located in rural areas and small towns with a low cost of living.

Texas is at the top of the list in terms of gun industry jobs, with nearly 21,500, WPIX reported. California, Florida, Pennsylvania, Ohio, North Carolina and Missouri also rank highly.

In addition to job creation, the overall economic impact of the firearms industry — when factoring in revenue, wages, benefits and gun sales taxes — rose from $43 billion in 2014 to $49.3 in 2015.

“Our industry is proud to be one of the truly bright spots in our economy as an unprecedented number of Americans have chosen to exercise their fundamental right to keep and bear arms and to safely enjoy the shooting sports,” Stephen L. Sanetti, NSSF president and chief executive officer, said in a statement.

As has been widely reported, 2015 was a record year for background checks, which, while not an exact measure of the amount of gun buys, do provide a general indication of the public appetite for guns. The reason that appetite has increased? A rising belief of the importance of self-defense and a fear that more gun control legislation will outlaw certain firearms, WPIX said. 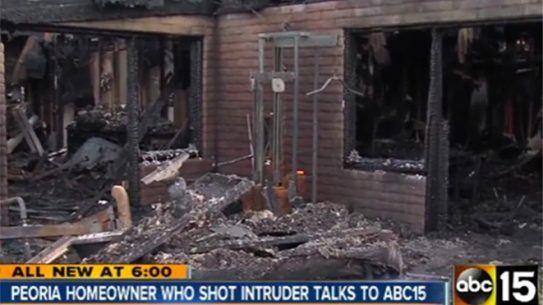 A masked arsonist was shot in the abdomen during a failed home invasion in...