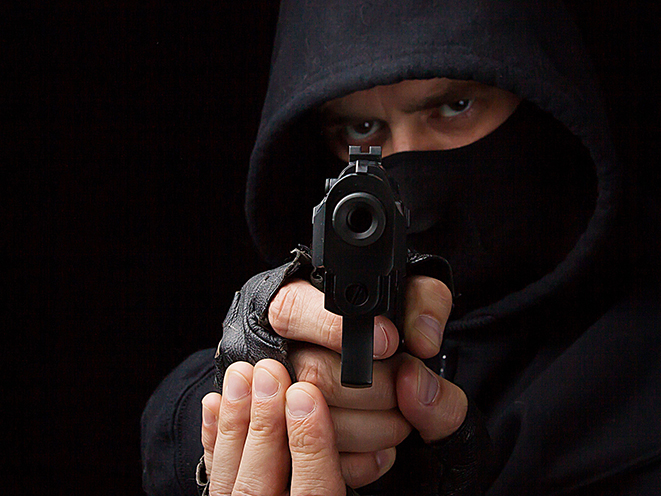 A 61-year-old liquor store owner in West Tennessee opened fire on a pair of armed robbers after they assaulted him early last week.

According to WBBJ, Johnny Adams was sitting behind the counter at his liquor store in Lexington last Tuesday night when two masked men walked in with what appeared to be a gun, announced a robbery and started demanding money.

Initially, Adams didn’t offer up any resistance. But when the suspects opened the door that leads to the area behind the counter and punched him in the face, he decided to take matters into his own hands.

“I can hurt you if you do crazy stuff to me,” Adams said. “I can’t deal with you hitting my mouth.”

Adams quickly grabbed a handgun that was resting under the register and fired one shot. The bullet didn’t reach its intended target — it hit a wall — but it was enough to send the two masked men running from the store.

Adams briefly gave chase outside the store and opened fire once more, but missed yet again. He told WBBJ this incident is the first time he’s ever had to shoot a gun.

RELATED STORY: Mastering The Gun Draw – Out of Concealment and Into the Fight

“If they’re in fear of death or bodily injury, they have the right to defend themselves,” Capt. Jeff Middleton of the Lexington Police Department said with regard to Adams’ actions that day.

As WBBJ reports, police are still searching for the suspects, who have been described as light-skinned black men driving an older Camaro. 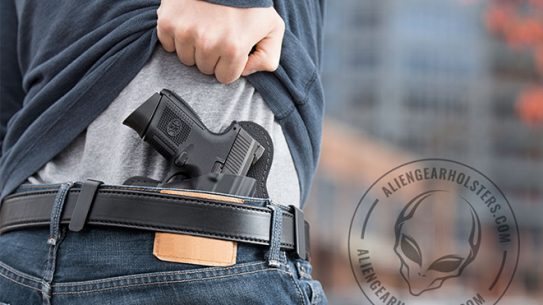 Alien Gear Holsters has spoken out about some members of Students For Concealed Carry...