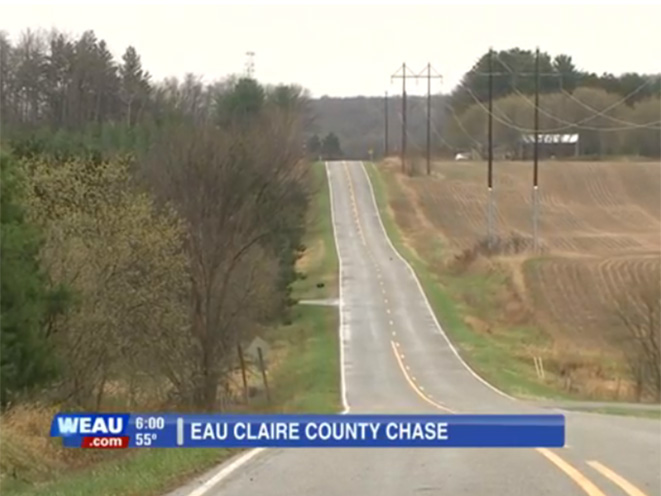 A good guy with a gun held a fleeing suspect at gunpoint in front of his house earlier this week, an action which led to the bad guy’s arrest.

According to WEAU 13, the incident began when a Wisconsin State Patrol trooper made a traffic stop along Interstate 94 near Eau Claire. Captain Gerald Voight says the trooper noticed the smell of marijuana coming from the vehicle.

In a panic, the man inside the vehicle soon shoved the trooper and took off on foot toward Markgraff Road near the interstate. He then stole a vehicle from a nearby farm and began driving down Markgraff Road. What started off as a routine traffic stop had snowballed into a full-fledged police chase involving the Wisconsin State Patrol and Eau Claire County Sherriff’s Department.

The suspect eventually crashed the stolen car in front of a home owned by a man named Josh Maas.

“I hear a big crash and it almost sounded like a tree fell down on the sheds,” he said. “So, I popped out and looked out the window. See a cop car go flying by. Next thing you know, a guy’s coming out of the ditch running towards the house. So, I yell out the window, grabbed the gun, come out the door and confront him right there.”

RELATED STORY: Out Of Sight – 14 Gun Storage Options For Home And Vehicle Defense

As WEAU 13 reports, Maas used his .30-06 hunting rifle to hold the suspect until police caught up. The bad guy was transported to an area hospital to be treated for injuries and then sent to county jail.

Maas is not facing any charges for his actions. 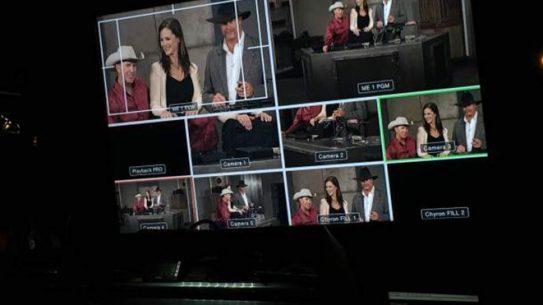 Just a few short weeks after a successful launch, GunTV has expanded into new...