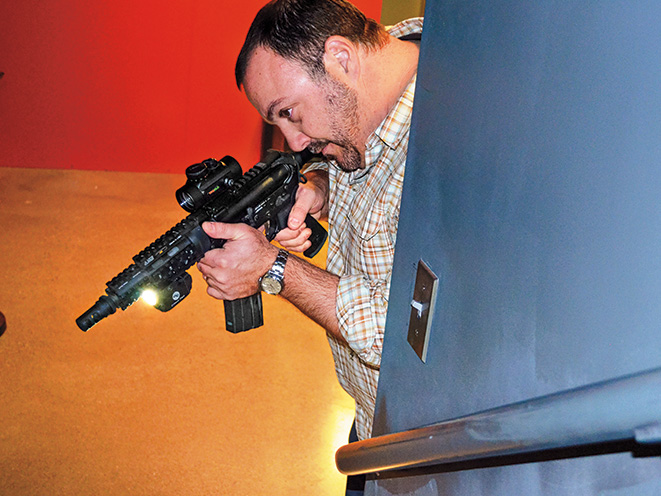 1 of 6
High-Tech Self-Defense Products From Crimson Trace
The new LiNQ light/laser system is designed for any AR-style weapon. 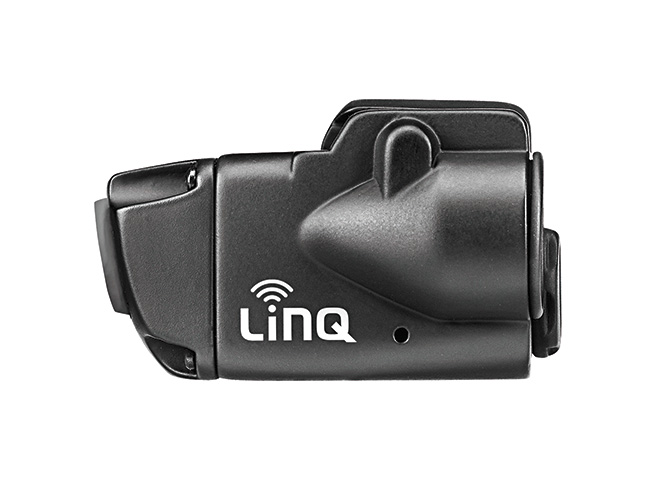 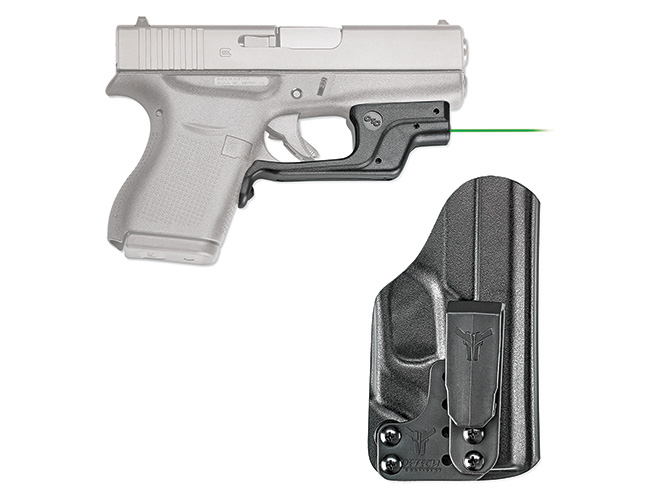 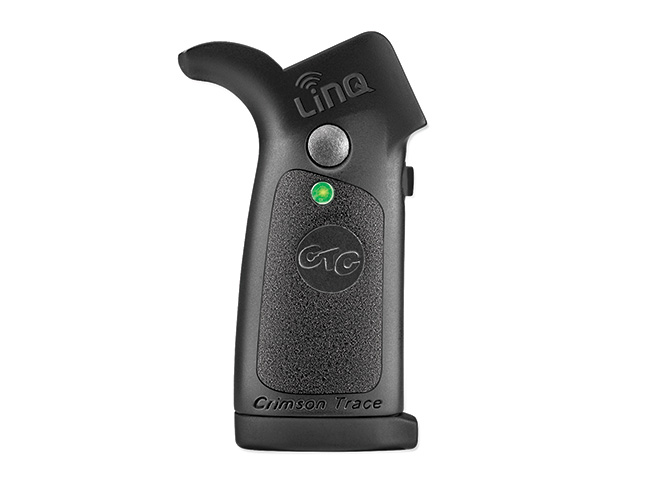 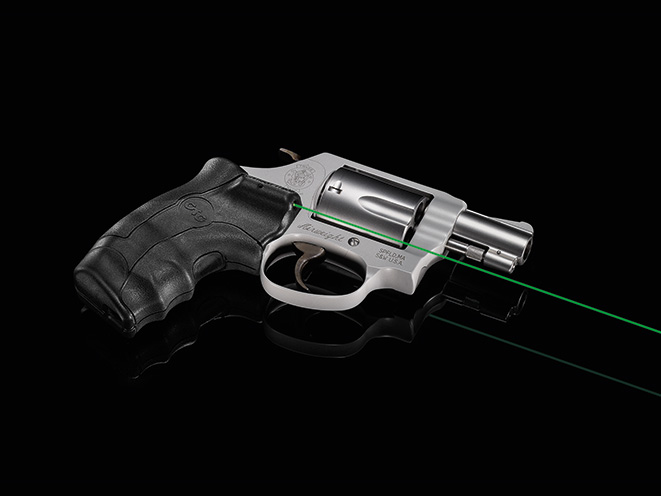 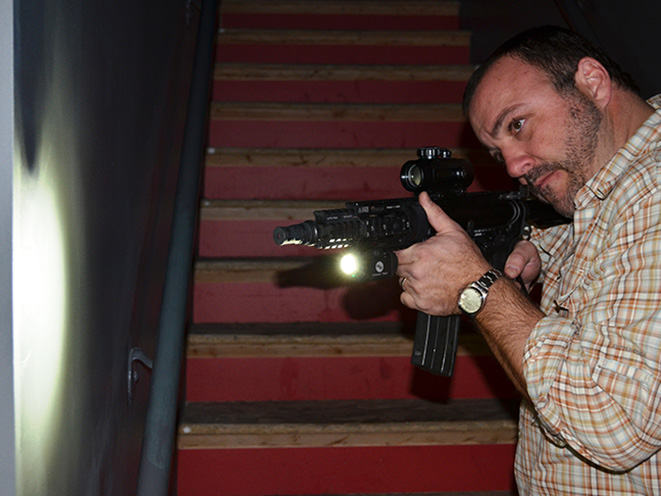 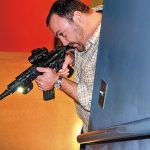 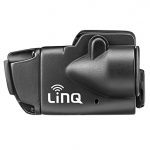 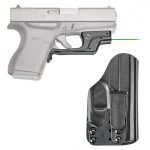 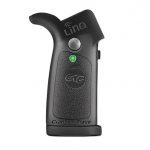 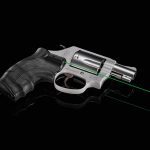 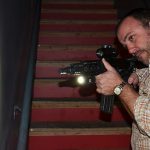 Wireless technology is not something one typically thinks of when it comes to weapons. Crimson Trace, however, wants operators and home defenders to think and work outside of the box, so to speak. The LiNQ system is a combination aiming laser and tactical light that’s similar to the company’s Rail Master Pro series but specifically designed for the AR platform, including AR-style pistols.

What this means is that there are no wires to snag in close-quarters environments like a vehicle or doorway. Plus there is no need for the operator to control the tactical light and aiming laser with their support arm. The LiNQ system is controlled by the shooting hand. It is unlike any laser or tactical light product currently available on the market.

The Crimson Trace LiNQ system has been thoroughly tested against potential hacks and other interruption possibilities. It has also passed rigorous drop, dust and moisture tests.

An operator knows the LiNQ is synched up when a green light on the grip’s side panel is illuminated. If the green light is flashing, the grip unit is searching for the light/laser module, and a red light appears if the control grip has lost connectivity with the light/laser module. These indicators easily allow an operator to see the system’s status.

Installing the system is as straightforward as replacing your AR’s grip, and Crimson Trace provides all the tools needed for installation. For power, the unit requires a CR123 battery in the pistol grip and one CR2 battery for the laser/light module. The LED light has a 300-lumen output and the green laser a 5mW output. The LiNQ is also equipped with a sleep mode to conserve power.

The LiNQ isn’t Crimson Trace’s only innovation in recent development. The company has also unveiled a new series of Lasergrips with a new ShockStop system that significantly absorbs recoil.

RELATED STORY: How to Choose the Right Laser Unit for Home & Self-Defense

The new LG-350 and LG-350G were designed to fit Smith & Wesson’s round-butt J-Frame revolvers. Of course, a .357 Magnum J-Frame is not a very pleasurable gun to shoot due to the revolver’s light weight and the severe recoil of defensive .357 Magnum loads. But the new ShockStop system in the LG-350 and LG-350G Lasergrips really takes the sting out of these revolvers. The grips features soft rubber panels on the front and rear backstraps to enhance control while the side panels of the grip are slightly more rigid to enhance stability, plus the interior of the grip is engineered with additional anti-recoil chambers.

As with all Lasergrips, the LG-350s feature red or green lasers to help you get on target, and thanks to Instinctive Activation technology, they activate intuitively when you firmly grip the gun.

There is no question regarding the popularity of the Glock 43, Springfield Armory XD-S and S&W Shield pistols. Equip these concealed-carry pistols with a laser and the usability of these weapons is greatly increased. The problem arises when you try to holster your gun with a new laser sight installed. Usually the holster will not accommodate the laser and the pistol. Crimson Trace now makes it easy to carry these three pistols while equipped with a laser.

The Laser/Blade-Tech Combo includes Blade-Tech’s Klipt holster and a Crimson Trace Laserguard red or green laser sight in one package. This way, there’s no need to figure out what holster will fit with the laser/pistol combination. The holster can be configured for either right- or left-handed shooters and has an adjustable belt loop for behind-the-hip or appendix-style carry.

If you’re packing one of the big three in concealed carry—the G43, S&W Shield or Springfield Armory XD-S—you should check out Crimson Trace’s Laserguard Pro combo system, which offers a light and laser to help you indentify threats and get on target quickly, all in a compact package that won’t snag on the draw in a high-stress encounter.

Whether you need to upgrade your everyday-carry handgun or enhance your home-defense AR-platform pistol, Crimson Trace has something for you. 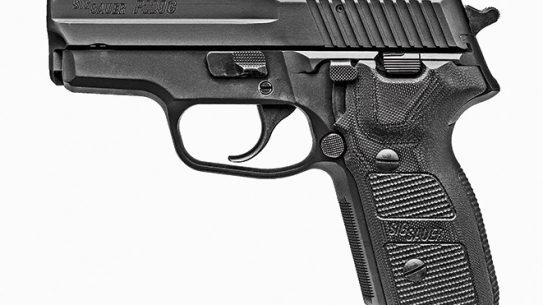