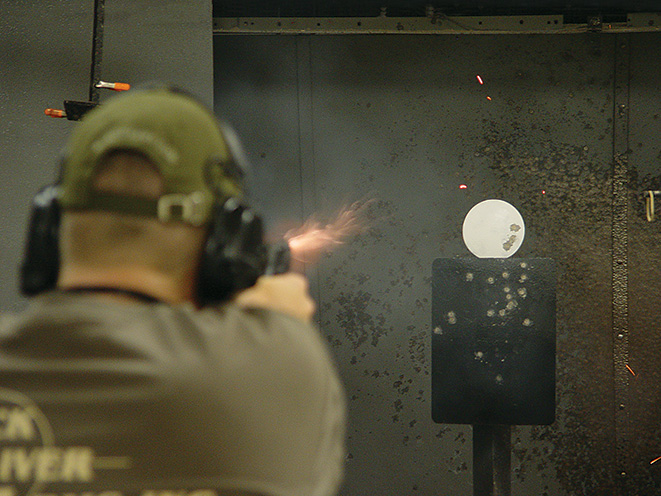 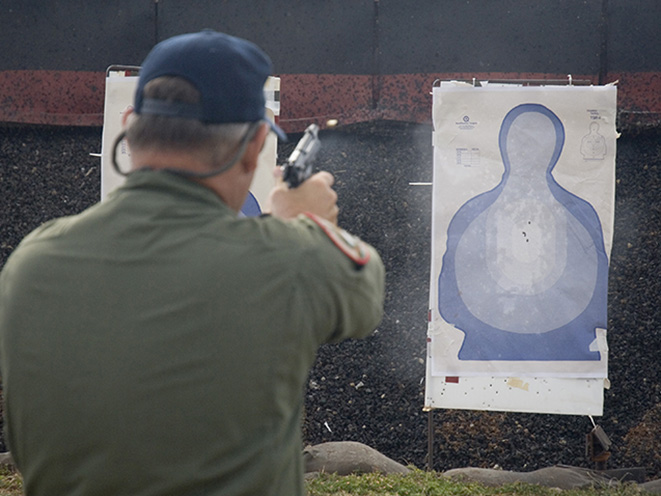 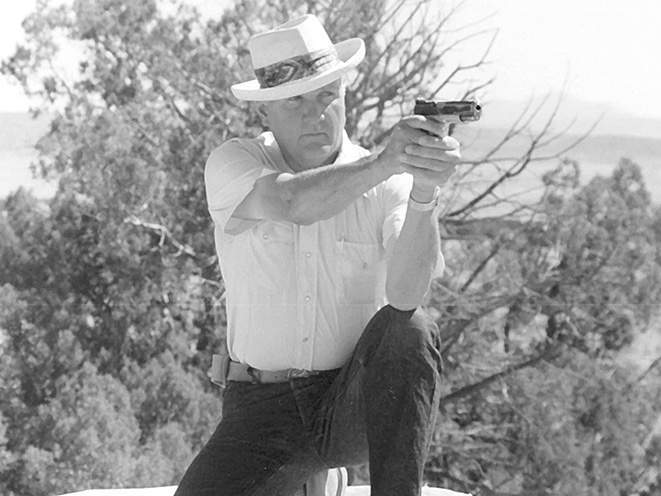 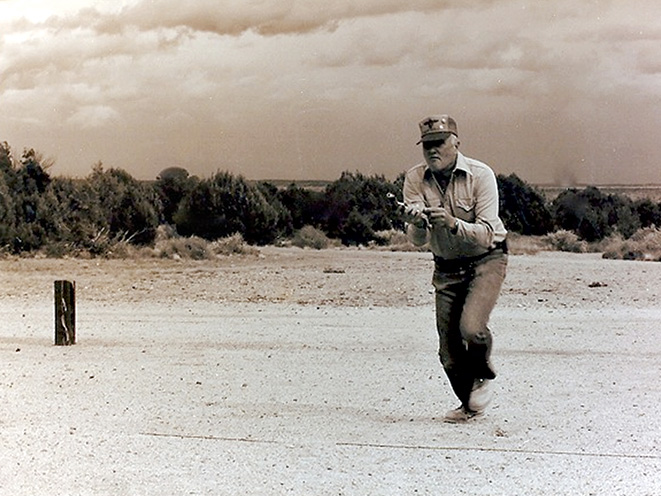 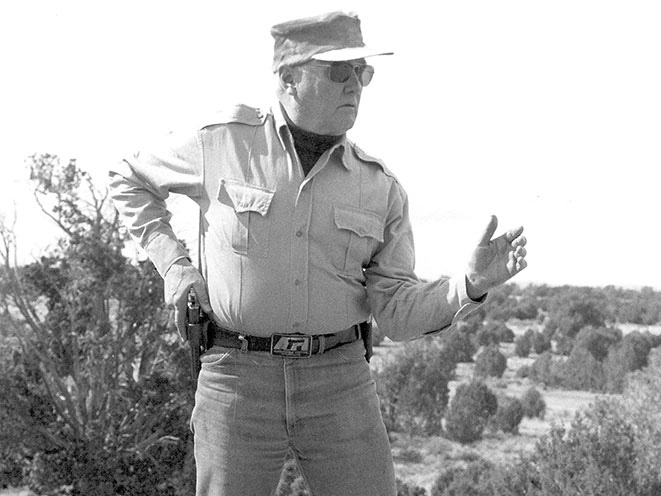 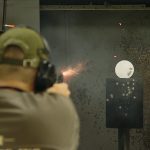 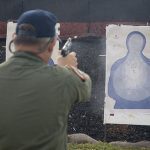 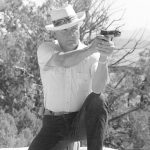 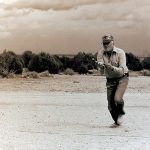 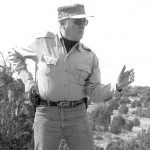 We read a notice from Canada to the effect that “The purpose of anti-gun legislation is to establish criminal supremacy over the citizen by awarding the goblins the status of being the sole armed caste of the population.” The publisher has gone on to state that the time has come to ask ourselves what is behind all this.

Well, we know what motivates the hoplophobe. He simply envies the man who can cope where he, the hoplophobe, cannot. A skilled, armed man lives on a plane of security and contentment different from that of others. This is not egalitarian! The man who cannot cut it envies, fears and sometimes hates the man who can. This is all very clear, it is just a pity that so many people choose to hide their perfidious motivation behind what they claim to be “crime control.”

From England we hear of a lady on the way to attend a theater performance who was accosted with the snarl, “What innocent, helpless creature had to die so that you could wear that fur coat?” Answer: “My mother-in-law.”

The United Nations has always impressed us as a frivolous extravagance, but sometimes it can be dangerous. Note that now there is a move afoot in the U.N. to disarm all “civilians” who constitute an obstacle to good government. Naturally, none of the little two-bit principalities that make up the majority in the U.N. have any interest in political liberty. Your normal Third World bigshot regards his position mainly as a means of enriching himself, and naturally the notion of an armed peasantry upsets him.

A correspondent sent us a clipping describing a recent occasion in Louisville in which a group of old poker-playing codgers had their game interrupted by three masked, shotgun-wielding goblins who beat in the door. The geriatric squad neatly repelled borders, leaving one dead. (“You should have seen the two that got away.”) As we have taught for decades, a properly organized defender has a distinct tactical edge over an armed robber. By the time the goblin has discovered that his proposed victim is not going to do what he is told, it may well be too late.

We do not know whether to be amused or annoyed by the repeatedly held injunction of the lawmen to the miscreant that “Somebody may get hurt.” It has always seemed to me that was the idea. The bad guy ought to get hurt, and he should understand full well that he is the “one most likely.” We would have a much better society if those who choose to prey upon us understood that the proper response to a homicidal threat is a bullet up the nose.

We repeat Colman’s law to the effect that in any sidearm the probability of hits is inversely proportional to the number of rounds in the mag. The more rounds you have available, the less likely you are to hit anything—unless you are an expert combatant. There are not many expert combatants, and so we see the increasing popularity of fully automatic handheld fire using pistol cartridges. I will not forget that the last time anyone tried to kill me (whom I could see trying to do it). He had a 30-round magazine in his machine pistol and he went dry and lost the fight. There is one important advantage to hand-held automatic fire and that is intimidation. A great many people are seriously upset when anyone starts to hose them down with a “machine gun.”

Anyone who studies the matter will reach the conclusion that good marksmanship, per se, is not the key to successful gunfighting. The marksmanship problem posed in a street fight is ordinarily pretty elementary. What is necessary, however, is the absolute assurance on the part of the shooter that he can hit what he is shooting at—absolutely without fail. Being a good shot builds up confidence in the individual.

The good shot knows what is necessary on his part to obtain hits, and when the red flag flies, the concentration which he knows is necessary pushes all extraneous thinking out of his mind. He cannot let side issues such as fitness reports, political rectitude or legal liability enter his mind. Such considerations may be heeded before the decision to make the shot is taken, and reconsidered after the ball is over; but at the time, the imperative front sight, surprise break must prevail.

Thus we have the paradox that while you almost never need to be a good shot to win a gunfight, the fact that you are a good shot may be what is necessary for you to hold the right thoughts—to the exclusion of all others—and save your life.

This “kinder” age we live in has produced a crop of overcivilized urbanites of an innocence one can hardly believe. The state of Montana has been a mecca for timid and wealthy Californians who like the idea of a wilderness environment but lack all awareness of what a wilderness is about. It turns out that one such immigrant had her pet dog scarfed up by a bobcat. This is very sad, of course, but her response was quite unbelievable. She complained to the Department of Fish and Game about the incident, and requested that an armed patrol be placed around her ranch to shoo off bobcats. 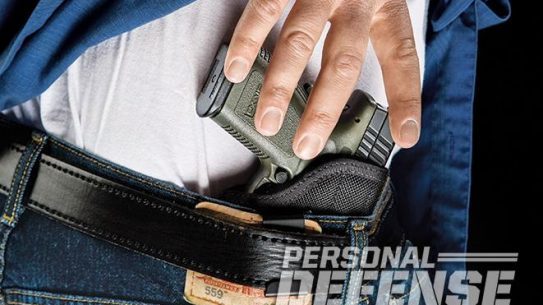 Practical Concealed Carry: How to Carry A Full-Size Pistol

Given that your carry weapon is a lifesaving tool, carrying a full-size pistol just...