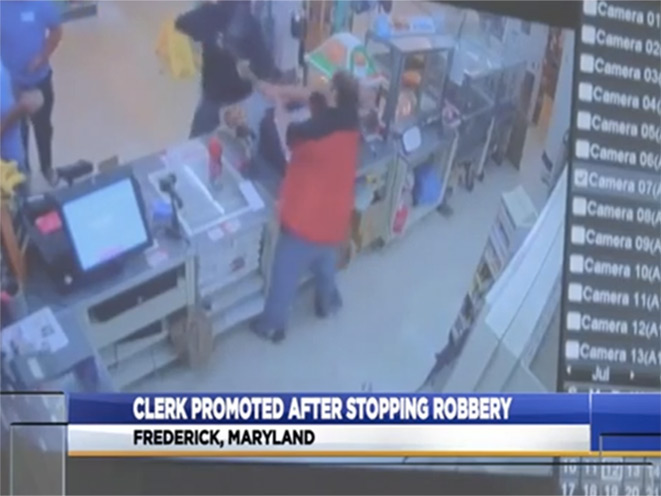 A 7-Eleven employee in Frederick County, Maryland thwarted an attempted robbery last week, wrestling a shotgun away from the suspect and putting an end to a potentially deadly situation.

WHAG-TV reports that Joseph Layman has been working at that 7-Eleven location for about five years without incident, until last Wednesday when a man walked in with a shotgun drawn and demanding money.

Surveillance footage shows Layman grabbing at the gun. A short struggle ensued between the two men, with Layman eventually getting control of the shotgun.

The would-be armed robber immediately fled the scene. He remains on the loose.

Layman was shaken by the incident but uninjured.

“I had a thousand thoughts going through my mind. The last thing that went through my mind is he could still shoot me even if I give him the money, so that’s why I acted the way I did instead of giving my life away for nothing,” Layman told WHAG-TV.

“Honestly I was prepared if I was going to die or not. I’d rather fight for my life,” Layman added.

WHAG-TV reports that the store owner praised Layman’s actions and has promoted him to night manager at the 7-Eleven. 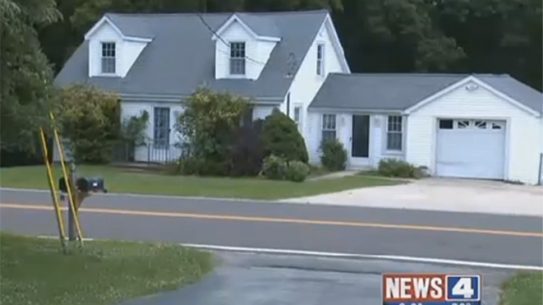 A 77-year-old woman used a shotgun to scare off a pair of intruders at...