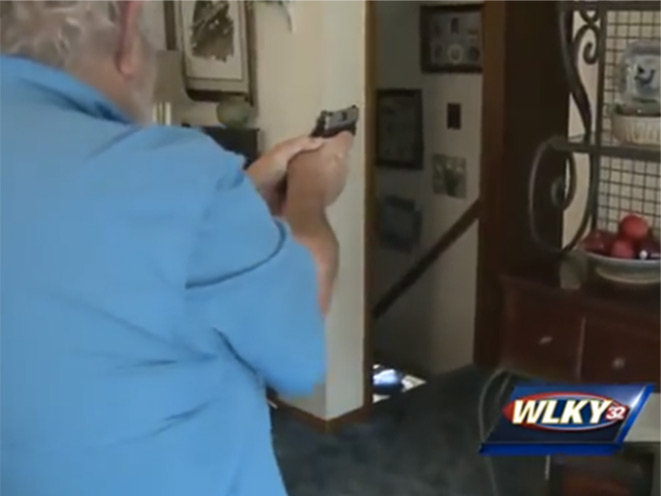 A homeowner held a burglar at gunpoint until police arrived at his home in Brandenburg, Kentucky late last week.

According to WLKY, Ron Sheffield and his wife were out when 29-year-old Mark Jones broke into the home. A home security camera shows Jones entering the home and stealing a number of valuables, including four antique pistols, a crossbow and a knife.

When the couple’s dog, Shadow, began barking, Jones — who was armed with a large pellet gun — shot him. Shadow continued to bark, and Jones then threw the stolen knife at the dog.

Shadow didn’t stop barking, however, and that’s when Jones shot him with one of the antique pistols.

Sheffield pulled into the driveway with his wife and immediately sensed something was wrong when he “saw the side door open and the storm door closed,” Sheffield told WLKY. “That shouldn’t (have) been that way.”

Sheffield drew his legally-owned handgun and entered the home, where he encountered Jones, who was holding a machete.

Sheffield ordered Jones down on the ground and dialed 911.

Police arrived and arrested Jones, who has been charged with burglary, theft by unlawful taking, receiving stolen property and animal cruelty, WLKY reported.

Shadow is expected to survive his injuries. 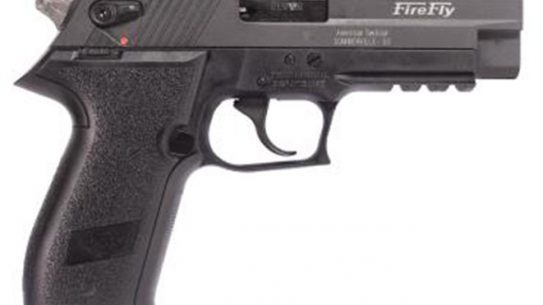 The GSG Firefly is the latest .22LR firearm to be brought to American gun...