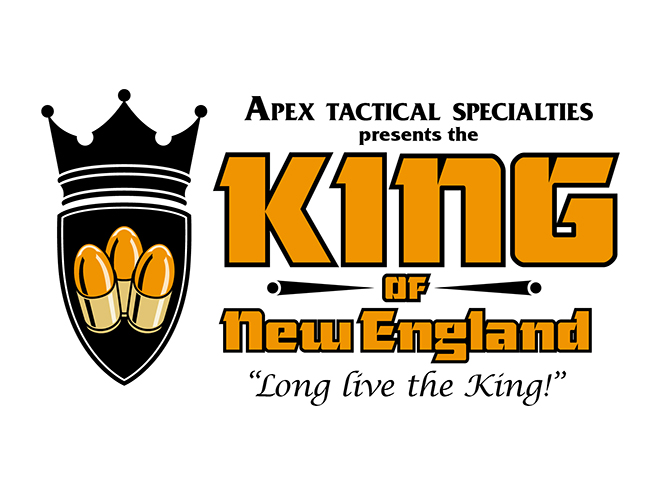 The following is a press release from Apex Tactical Specialties

The New England Regional IDPA Championship, taking place August 20 and 21 at the Harvard Sportsmen’s Club in Harvard, Massachusetts, announced the four stages and one alternate stage to be contested during the second leg of the King of New England series presented by Apex Tactical Specialties.

The King of New England is a three event concurrent competition taking place during the IDPA shooting season and features four stages from each of New England’s three biggest IDPA championships. Titles are awarded based on the best combined score from the 12 selected King of New England stages. In order to win the title of King of New England a shooter much compete in the same IDPA division in all three participating matches.

At this year’s New England Regional the four stages shooters will have to face in the quest to be crowned King of New England are:

The alternate stage which will only count if one of the other four stages is thrown out for any reason, is Stage 9: “Long or Short” which has 6 IDPA targets and 2 non-threats requiring 18 total rounds.

The first leg of the King of New England took place June 11 and 12 during the 19th Massachusetts State IDPA Championship hosted by the Woburn Sportsmen’s Association in Bedford, Massachusetts.

The series will conclude at the Live Free Or Die State IDPA Championship being held at the Pioneer Sportsmen Club in Dunbarton, New Hampshire, October 1 and 2. 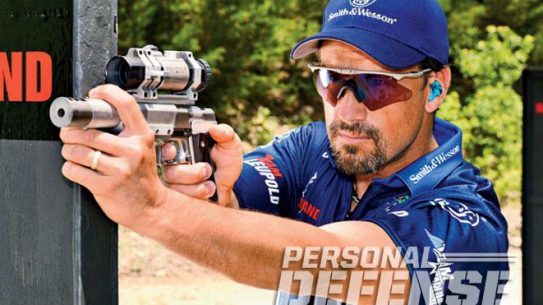 Tonight at 10:00 pm EST on Pursuit Channel, Doug Koenig takes on the Zombies...