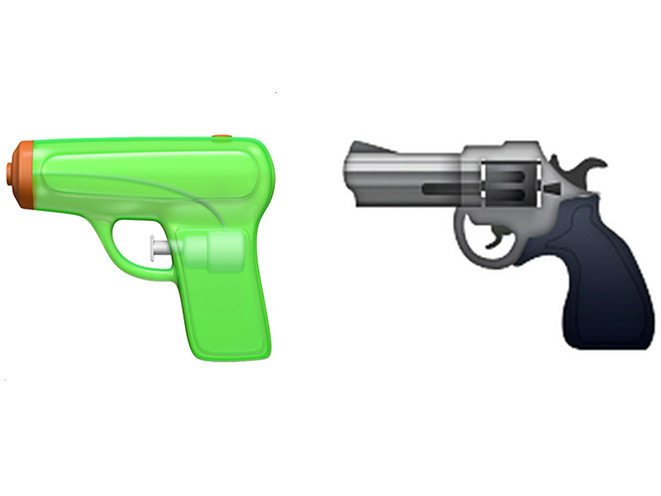 Apple‘s decision to replace its gun emoji with that of a squirt gun has been met with both praise and condemnation, depending on where one stands on the issue of guns.

The Second Amendment Foundation (SAF) is one group that has harshly criticized the announcement.

“This doesn’t just border on the absurd, it completely crosses the boundary,” SAF founder and Executive Vice President Alan M. Gottlieb said in a press release. “This is the sort of intolerance that comes from letting the gun prohibition lobby get away with demonization and hate.”

The Cupertino, California-based tech giant said over 100 new and redesigned emoji characters, including the squirt gun, would be made available to iPhone and iPad users this Fall with the arrival of the iOS 10 software update.

“Now that they have bullied Apple into changing its emoji from a cartoon revolver to a water pistol,” Gottlieb wondered of anti-gun groups, “how long will it take the gun banners to demand that the squirt gun be removed?

“While this story seems ridiculous on its face,” he continued, “it raises alarms about the totalitarian mindset behind this kind of decision. This is no longer just about the Second Amendment, it’s about First Amendment rights, too. It shows that the gun prohibition lobby is so strident that they want to ban images of fake guns.

“There is no doubt that anti-gun comments by President Barack Obama and Hillary Clinton help further this type of atmosphere,” Gottlieb added. “This is a perfect example of politically correct extremism, and at what point does even a tolerant society like ours need to draw the line?

“Maybe gun owners should think twice about buying any more Apple products,” Gottlieb concluded, “unless they include a rotten Apple emoji.” 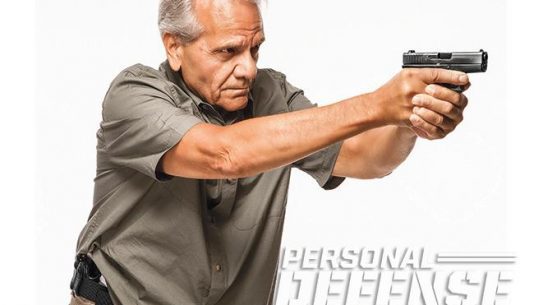 A rundown of a few essential dry-fire and live-fire exercises to help you work...