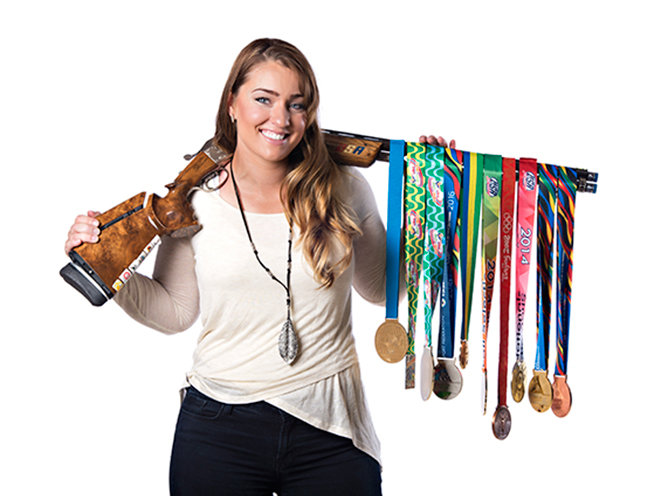 Medals have a special place in the Corey Cogdell-Unrein household.  She stores them in a safe above her shotguns. The daily visit to pick up her trusty Krieghoff shotgun for practice gives her a chance to glance at them, a daily reminder of that which she seeks.  Today, another bronze touch was added.

Competing in her third straight Olympic Games in Women’s Trap, Cogdell-Unrein now has two Olympic bronze medals on a career resume that undeniable states she’s America’s Trap queen.  Today at a windy Deodoro Shooting Center, she stood on the podium yet again, a mere shoot-off miss from perhaps taking her one or two steps higher on the podium. But, given the tears and emotion that flowed after earning bronze following a one-shot shoot-off with Spain’s Fatima Galvez, bronze is more than acceptable to the driven 29-year-old Alaskan native.

“In 2008, I was only two years into the sport and now I’ve put close to 10 years into it and I’m a much different athlete. Every athlete goes through the ups and downs and when you go out there and earn a medal, it just makes it so much more meaningful,” Cogdell-Unrein said.

Her second Olympic medal puts her in rare company alongside her teammate Kim Rhode as only the second U.S. woman to earn multiple Olympic medals in Shooting.

An Oceanian derby marked the gold-medal match, where Australian Catherine Skinner beat New Zealand’s Natalie Ellen Rooney, 12-11, to become the Olympic Champion. Skinner had to survive two shoot-offs to claim the moment as her own. She almost didn’t make the semifinals, relying on a shoot-off win against Canadian Cynthia Meyer to get among the top-six. Skinner would top Cogdell-Unrein after the two tied with 13/15 targets.

Cogdell-Unrein (Eagle River, Alaska) qualified fourth overall, hitting 68 of 75 targets. In the bronze-medal match, Galvez and her would tie with 13/15 targets.  Cogdell-Unrein missed her fifth and 13th target. Galvez missed her third and 14th target.

Helping push her to the bronze-medal result, was husband, Mitch, unable to make the trip due to training camp obligations with the Chicago Bears where he plays defensive lineman. Him and his Bears’ teammates were a present force with their outward show of support.  Kicker Robbie Gould helped outfit the entire team in Team Unrein themed shirts.  It didn’t go unnoticed.

“My husband and I compete in almost everything we do together. We definitely push each other to achieve the next level,” Cogdell-Unrein said. “I was truly touched to see his team, the Chicago Bears, coming together and supporting me personally and on social media.”

Paterson (Kansas City, Kansas) shot a 378/400, a respectable score in the United States, but not enough to qualify for finals needing a 384/400 to qualify. This landed her in 29th place out of today’s 44 shooters.  Paterson tied with the No. 1-ranked shooter in the world, Ukraine’s Olena Kostevych.

“I could not feel more blessed than I do right now,” Paterson would say later via her Facebook fan page. “I am having the experience of a lifetime here in Rio and couldn’t ask for more. Though I am not coming home with a medal, I am bringing back memories that I will cherish forever. I would like to thank everyone for all of their overwhelming support throughout my Olympic journey. I walked out of the range today with my head held high knowing that I left it all out on the line.”

Shehaj(Naples, Florida) made her Olympic return after a 20-year absence. Just getting here after looking for a new start in America is an accomplishment for the mother of two and restaurant owner. She finished with a 372/400, to earn a 40th-place result.  She’ll be back out on the line in her strongest event Tuesday for the Women’s 25m Sport Pistol match.

Today’s podium was filled with young shooters, all only in their 20s. China’s Mengxue Zhang took the gold medal, shooting one of the best matches of her international career. Russia’s Vitalina Batsarashkina took the silver medal, and Anna Korakaki of Greece took bronze. The U.S. has never medaled or even made a Final in the event since the event debuted in 1988. The highest U.S. finisher to date has been Beki Snyder (2004) and Kim Dyer (2008) who both finished tied for 16th. 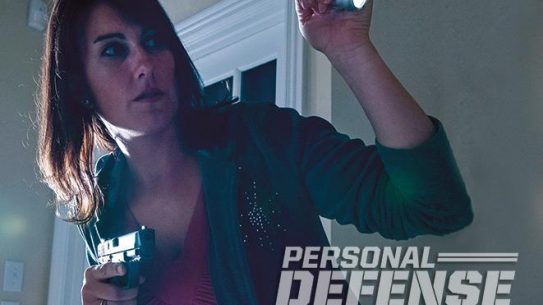 Depending on your needs and what task you are doing, there’s no shortage of...