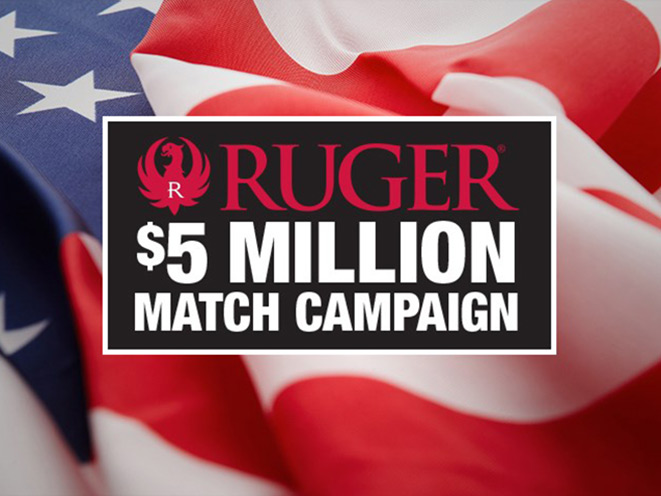 Ruger has announced the details of its $5 Million Match Campaign to benefit the NRA Institute for Legislative Action (NRA-ILA), an organization which seeks to preserve the Second Amendment and protect the rights of individual gun owners in the United States.

As the press release notes, any donation made between August 1 and October 31, 2016 to the NRA-ILA as part of this effort will be matched by a donation from Ruger, all the way up to a maximum cumulative contribution from Ruger to the tune of $5,000,000. These donations will benefit the NRA-ILA’s effort to fight for the Second Amendment in the upcoming November elections.

“We wanted to offer an opportunity for folks to contribute to the NRA-ILA, knowing that their donation will be backed by a matching contribution from Ruger,” Ruger CEO Mike Fifer said in a statement. “Make no mistake, the Second Amendment is on the ballot this November and we all have to be completely committed to preserving it.”

According to the press release, Ruger is also launching the Ruger Take Action web page to coincide with the $5 Million Match Campaign. There, users can learn about what’s at stake this election year, and how they can “take action” in protecting the Second Amendment, including: buying a Ruger firearm, donating to the $5 Million Match Campaign, writing to congressman, voting and joining the NRA. 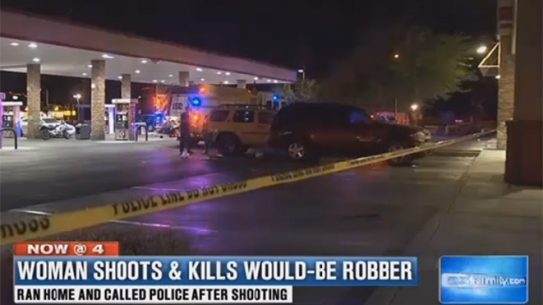 An armed Arizona woman shot and killed an armed robber after he pointed a...