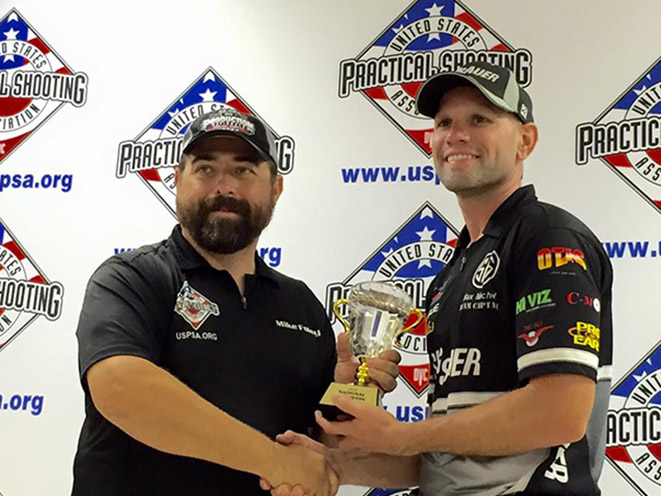 “When I first heard of the new division, Carry Optics, I was excited as I felt that it would truly highlight my strengths as a shooter and provide me with the opportunity to compete against the best in the world while using the SIG SAUER P320®,” Michel said in a press release. “Essentially, it is a production pistol with a slide mounted optic. Those who are familiar with my shooting career know that I’ve shot an optic for 20 plus years. That familiarity made it an easy transition to Carry Optics and the choice to shoot the SIG P320.”

Michel competed against Team GLOCK Captain Shane Coley in a close contest over the course of three days. In the end, Michel captured the Carry Optics National title by less than 25 match points.

“The P320 performed perfectly during this event, and the quick resetting trigger allowed me the speed I was looking for while remaining extremely accurate,” said Michel. “I was able to complete the entire match with zero penalties, shooting a clean match throughout the 14 courses of fire. I’m extremely proud to be named the first-ever Carry Optics National Champion, and I’m honored to do it representing SIG SAUER and the P320.”

As the press release notes, those who compete in the Carry Optics division are required to use a production gun with optics and are limited to just 10 rounds per magazine. When Michel switched his focus from Open Division competition to Carry Optics, he was comfortable with the change in his training regimen.

“I decided to shoot my last major championship, the Area 3 Championships, in the Carry Optic division as a way to further increase my training and knowledge on the new system,” said Michel. “It paid off, as I not only felt totally prepared for the Carry Optics Nationals, but I also truly feel I have the best equipment on the range.”

Next up, Michel will compete at the World Speed Shooting Championship on August 25-27 in San Luis Obispo, California. 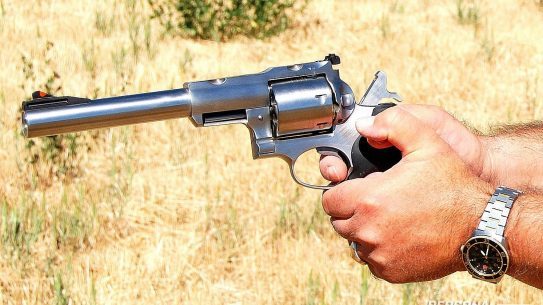 A look at nine modern magnum handguns for those who desire to really call...