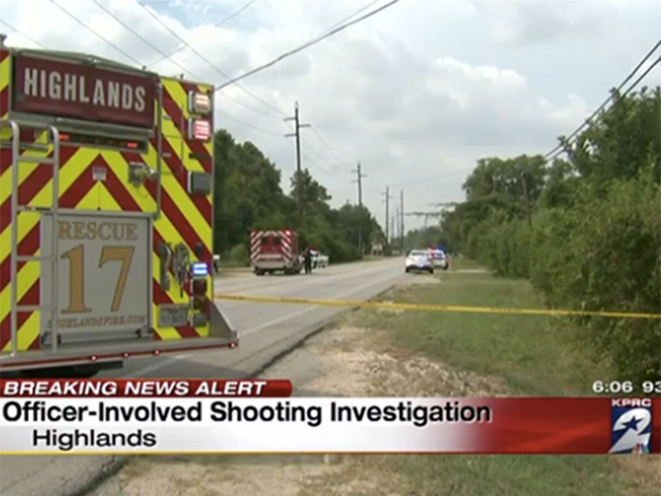 A bad guy in Harris County, Texas learned the hard way that you should never mess with an armed homeowner, especially if that homeowner happens to be an off-duty police sergeant with the Harris County Precinct 3 Constable’s Office.

According to Click2Houston.com, an unidentified man was driving around in the town of Highlands last Saturday when he stopped at a home located on the 1700 block of N. Main Street. Police believe the house caught the man’s attention because the sergeant’s patrol car was parked out front.

The man knocked on the sergeant’s door and asked to speak to the person who drives the police vehicle. When the sergeant identified himself and confirmed that he drove the vehicle, the man asked to see his badge.

On high alert now, the sergeant grabbed his badge, duty weapon and ID, and called officers from his precinct asking for backup. He then walked towards N. Main Street to wait for help to arrive.

“The suspect entered his vehicle that he drove to this residence, put it in reverse and attempted to run over the sergeant and pin him between the fence and the car,” said Sgt. Cedrick Collier of the Harris County Sheriff’s Office.

The suspect got out of his car holding a knife and threatened to assault the sergeant.

“The sergeant told him put down the knife to not approach him,” Collier said. “The suspect approached anyhow, at which time the officer discharged the weapon twice striking the suspect in the stomach.”

The suspect was transported to an area hospital where he remains in critical condition. The sergeant — who has five years on the job — has been placed on administrative duty pending an investigation.

Collier said the sergeant and the suspect have no known prior connection. 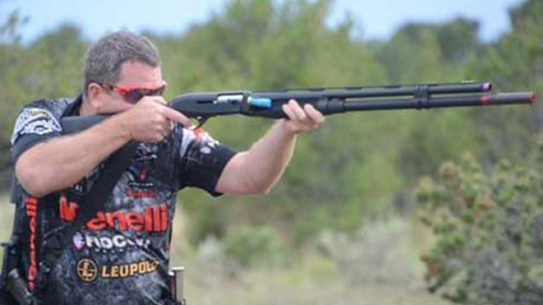 Team Benelli 3-Gun shooters went 6-for-6 with Top-10 finishes in their respective divisions at...