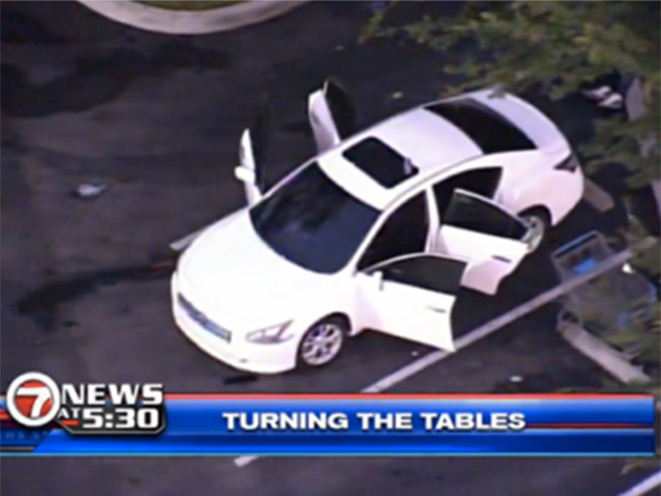 A would-be armed robber at a Wal-Mart in Sunrise, Florida was shot and killed by his intended victim.

The good guy with a gun, identified as 28-year-old Wal-Mart employee Ervin Jones, was sitting in his Nissan Maxima, waiting for his 4 a.m. shift to begin when witnesses say the suspect walked up to his car and attempted to rob him at gunpoint.

Fortunately, Jones was carrying a concealed handgun, and he was able to fire his weapon, fatally wounding the armed robber.

“The boy came up to him. He showed him, he said, ‘You know what this is, right? Give me everything,’ so he just opened fire on him right then and there. He was shocked. I think he was just shocked that he just killed,” one anonymous witness said.

“One of my co-workers was waiting in his car, to clock in, and somebody tried to rob him,”  another employee at that Sunrise Wal-Mart stated. “I guess he’s just pretty much defending himself. He’s a pretty mellow guy. If you ever get to meet him and talk to him, you wouldn’t even expect him to be able to defend himself like that because he’s very quiet, friendly.”

Jones’ sister told WSVN that he’s only been working at Wal-Mart for a couple of months. She also said her entire family has concealed carry permits.

“When I woke up and heard about it, I was crying because, I mean, my brother is all I got and my kids,” said Natshia Jones. “But I’m sorry to hear what happened to the victim, but my brother work hard, he work hard to take care of him and his child.”

“It’s wonderful that he could protect himself, otherwise he’d be the one behind the tarp,” an area resident added.

Police are still investigating the shooting. 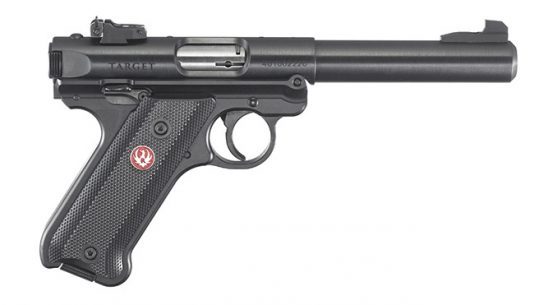 The all-new Ruger Mark IV features an improvement customers will love – a simple,...