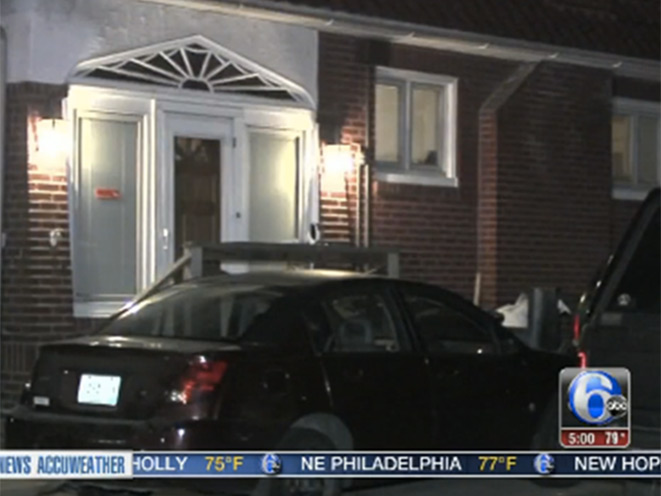 According to ABC affiliate WPVI-TV, 48-year-old Pastor Robert Cook, his 38-year-old wife Stephanie and their 12-year-old son were returning home from a concert when they were suddenly approached by a 66-year-old man armed with what appeared to be a rifle near the parking lot of Saint James Lutheran Church.

The suspect demanded the pastor’s wallet. That’s when things got physical.

“I turned like I was going to get my wallet, but I was stalling,” Pastor Cook says. “And he hit me in the head with the gun. He swung it like a baseball bat.”

Fortunately for Pastor Cook, his wife is licensed to carry a concealed handgun.

“Everything was like lightning for a minute. And then I heard my wife saying, drop the gun, drop the gun. I’m like ‘she’s got her gun.’ He turns towards her, and I said, ‘Shoot him! Shoot him!’ And she shot him,” said Pastor Cook.

The suspect was shot in the leg.

“Once he backed off from my husband and my son, it might have been a foot, two feet or something like that, but he still had the gun in his hand, he wouldn’t drop it,” she said. “As long as he had that gun in his hand, I knew he was a threat.”

The unidentified man fled the scene. Pastor Cook then grabbed his wife’s gun and gave chase. Incredibly, the suspect tried to proclaim his innocence.

“He started telling people that I was the robber and I shot him, so people started coming out after me, and I kept the gun on his face the whole time in case he did something,” said Pastor Cook.

In spite of this, the suspect managed to get away.

“The suspect was able to make an unusual escape by jumping on running boards of a moving vehicle that happened to be traveling east,” said Philadelphia Police Chief Inspector Scott Small.

Fortunately, police managed to track down the man at a local hospital. He was arrested and positively identified by the Pastor and his family. As it turns out, the man was carrying a nail gun that was made to look like a firearm.

“When we got our guns we were like we got them, but we hope we never have to use them. … If it comes down to my family or him, and it’s him, I’m sorry, Pastor Cook said. 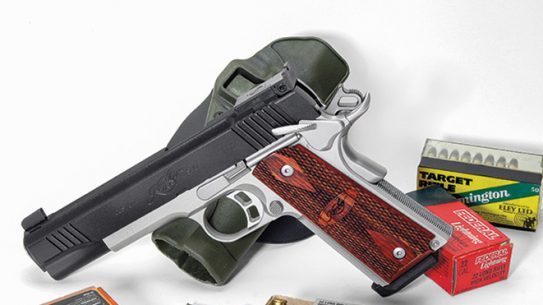 For those looking to keep up their shooting skills with the 1911 platform, check...