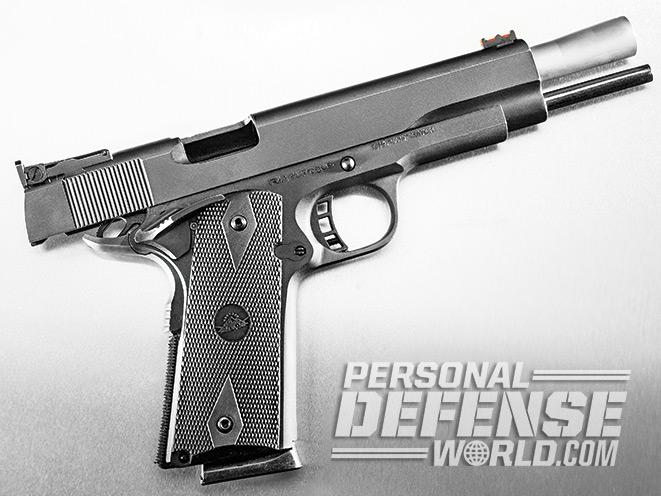 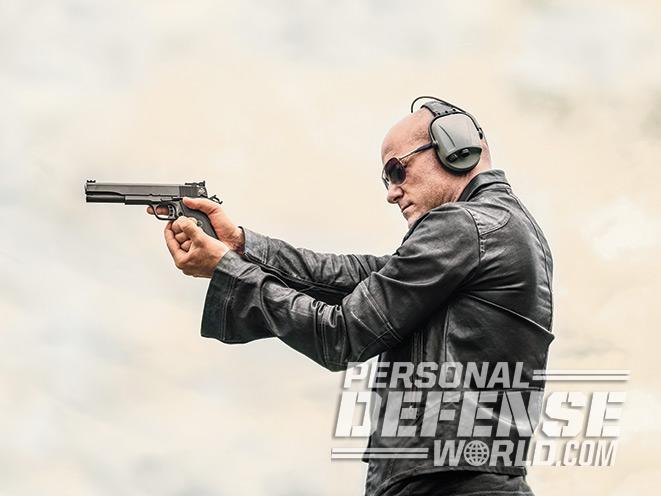 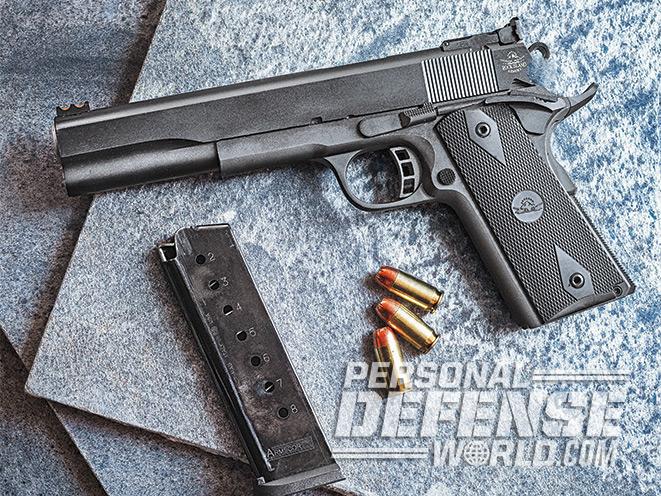 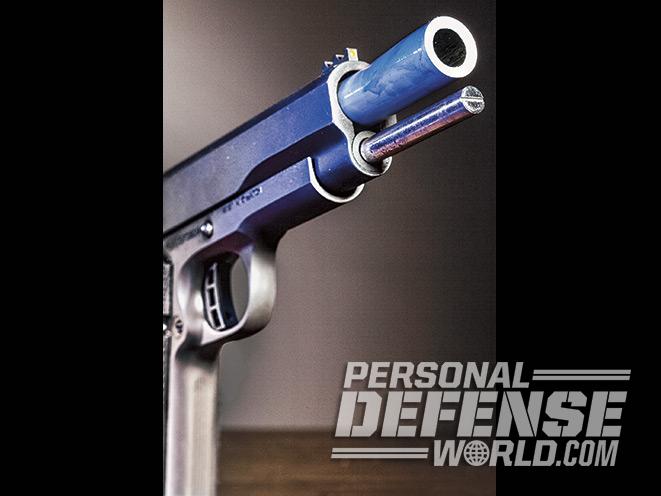 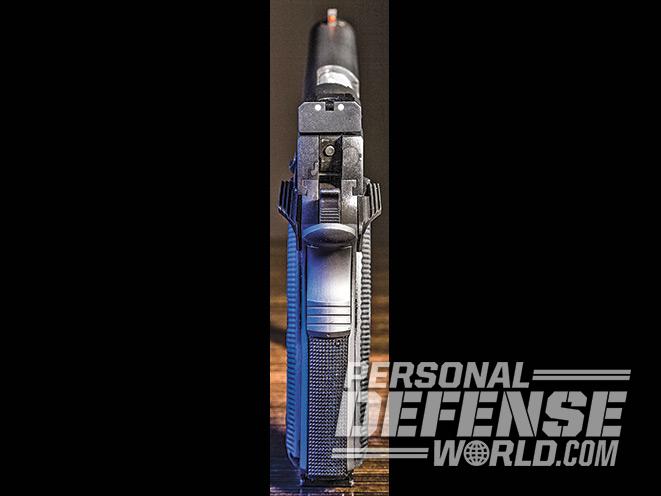 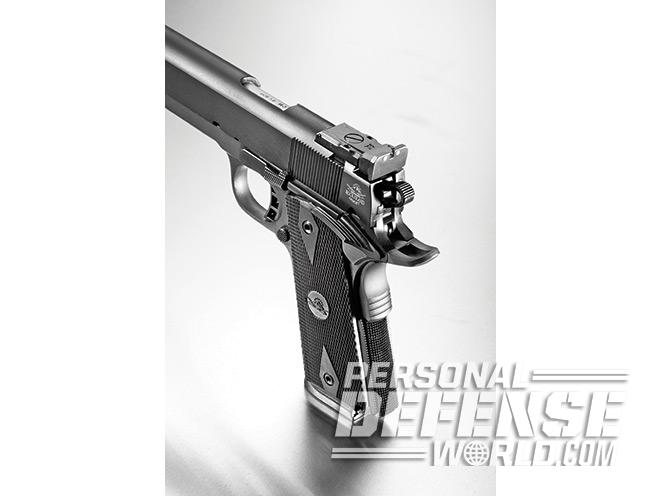 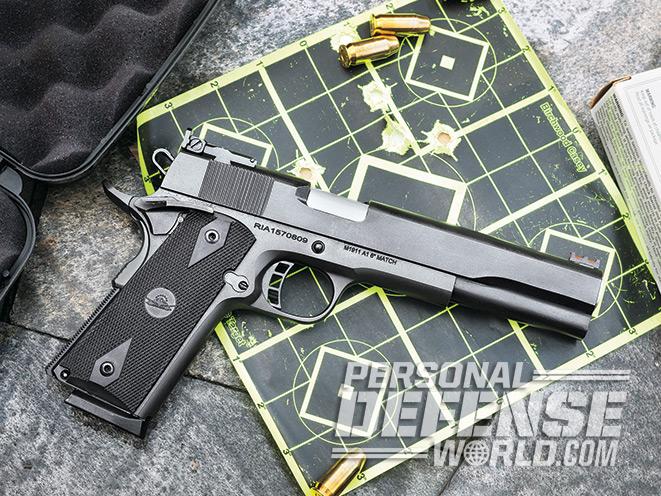 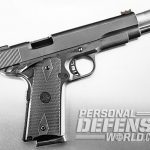 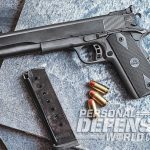 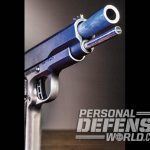 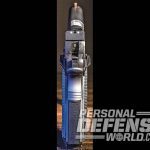 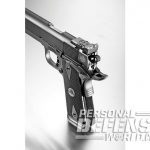 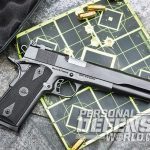 This article was published in the 2016 edition of the Complete Book of 1911s. For information on how to subscribe, please email [email protected]outdoorgroupmags.com or call 1-800-284-5668.

While all of the 1911A1 pistols on the market are legion, I recently tested the Rock Island Armory Pro Match Ultra, which has several innovations that set it apart from competing 1911 pistols. Manufactured by Armscor in the Philippines, this target pistol features a 6-inch barrel and some other interesting features.

For starters, every single Pro Match pistol is designed to be competition-ready as it comes from the box. Each one is hand-tuned by a Rock Island Armory gunsmith in the United States before it’s shipped through the distribution chain. This extra attention to detail results in a high-quality pistol that can help you achieve higher scores in competition.

While I tested a 6-inch-barreled Pro Match Ultra in .45 ACP, Rock Island Armory currently only offers a similar railed version known as the Pro Match Tac Ultra. For a variant like the one I tested, check the secondary markets.

Now, this pistol wasn’t produced by simply swapping the usual 5-inch barrel for a 6-inch tube. The heavy bull barrel isn’t ramped. To accommodate its extra length, the 1911’s one-piece guide rod has been replaced with a two-piece rod. Also, there’s no barrel bushing to fuss with. The face of the forward guide rod is slotted to accept a screwdriver blade. Instead of depressing a barrel bushing and turning it to release the guide rod, you simply unscrew the guide rod until it can be removed from the slide. A barrel bushing wrench isn’t required.

All of the parts are fitted to very tight tolerances. It requires a surprising amount of pressure on the slide stop to release the slide—this was a two-handed job at first. Shaking the gun hard produced no discernable rattles. The slide locked up very tightly when the action was in battery. Until the gun had been fired some 200 times, it took extra force to cycle the slide.

Both the frame and slide have a non-reflective Parkerized finish. The grip panels are made of checkered black rubber, making them easy to hang onto while helping to soften felt recoil. Like all 1911 pistols, the Pro Match Ultra is a natural pointer. I found it was faster on target than other 1911A1 pistols in my modest arsenal. That’s an important consideration during a timed shooting match.

When I took the Pro Match Ultra to the range, that extra inch of barrel noticeably increased the sight radius. The barrel’s added heft also helped steady the gun on target. Fully loaded, the gun tipped the scales at a solid 49.5 ounces—another plus for a match-grade pistol. Its 6-inch barrel makes this a purely target gun. None of the 1911 holsters I own will fit this pistol, so you’ll have difficulty carrying the gun on your hip or in a shoulder holster. The only option would be to find a holster open at the bottom so the extra length of barrel could protrude. Fobus and Pro Carry are two makers offering holsters that fill the bill.

The rear sight is click adjustable for windage and elevation, and the generously sized sighting notch is easy to see. The notch is bordered by two white dots that do a good job of catching your eye. The square-blade front sight is brightened by a red fiber-optic tube. If necessary, it could be drifted sideways in its dovetail for additional windage changes.

The extended sight radius this gun offers is a real aid to aging eyes—a fact I’m happy to take advantage of. The sights are crisp and easy to see, not at all like the government-issued 1911s I used in the Army way back when. Combat sights are an entirely different animal than precision target sights designed for maximum accuracy.

Muff-type ear protectors were unknown at the time. My drill sergeant advised us to insert fired .45 ACP cases in our ear channels—probably the worst advice he could have given. Most of us used wadded-up plugs of cotton, which at least didn’t amplify the report (like the expended copper cases did). We were also instructed to shoot one-handed, in what was then considered the classic stance. That’s fine for the target range, but a two-handed hold is more practical in a combat situation. The Rock Island Pro Match Ultra I tested is light years more advanced than the battle-worn 1911 the Army trained me with. If the Pro Match Ultra had been available then, my match scores would have been a lot higher.

Returning to the present, the new pistol’s skeletonized trigger breaks crisply at 4.5 pounds with no discernable creep or overtravel. The gun feels good in the hand, and recoil is mitigated by the gun’s 9.5-inch overall length and comforting heft.

Before I settled down to shoot at targets, I fed the Pro Match Ultra a duke’s mixture of .45 ACP loads I had on hand. I’m happy to say I experienced just one feeding failure (a stovepipe) while I burned through over 200 rounds representing various bullet weights. That occurred early in the testing and was not repeated. Only factory ammo was used; I have yet to try the gun with handloads.

The 6-inch-barreled Rock Island Pro Match Ultra pistol sports a flat mainspring housing and an ambidextrous safety. There’s no magazine safety, so the gun will still fire when the eight-round magazine is removed. The ejection port has been slightly enlarged to give empties an easy exit. An extended 1911A1-style beavertail keeps the web of your hand clear of the reciprocating slide. As mentioned, the black checkered rubber grip panels provide a firm purchase. Pressing the ejector button at the rear of the trigger pops expended magazines clear with alacrity—a useful feature for any pistol, but particularly for one designed for competitions.

I like the heft and size of this pistol. It feels great in hand and is easy to hold steady on target. The trigger is great—neither too light nor too heavy for a competition gun. This is a useful variation on standard 1911 pistols, or other match-grade guns. It shoots and handles well, and produces less apparent recoil and muzzle blast than other 1911s with 4- or 5-inch barrels.

I’m not sure how long this gun will remain unique. Now that standard 5-inch barrel lengths have been exceeded, I wouldn’t be surprised if or when other 1911A1 manufacturers will follow suit. I found the 6-inch barrel offers some real advantages over other 1911 pistols I’ve used. Now that Armscor/Rock Island Armory has broken the more than century-old mold, who knows when even longer barrels will be introduced.

The venerable 1911 has certainly stood the test of time. It remains one of the all-time pistol classics with few serious changes made over the years. The new 6-inch barrel isn’t long enough to be ungainly and offers excellent accuracy. Maybe the time for change has come. If you want to give a pistol like this a try, make sure you try out the newer Pro Match Tac Ultra from Rock Island Armory.

This article was published in the 2016 edition of the Complete Book of 1911s. For information on how to subscribe, please email [email protected]outdoorgroupmags.com or call 1-800-284-5668. 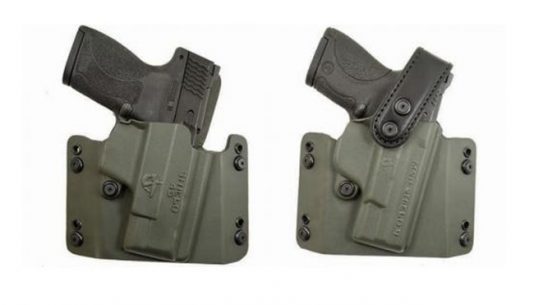