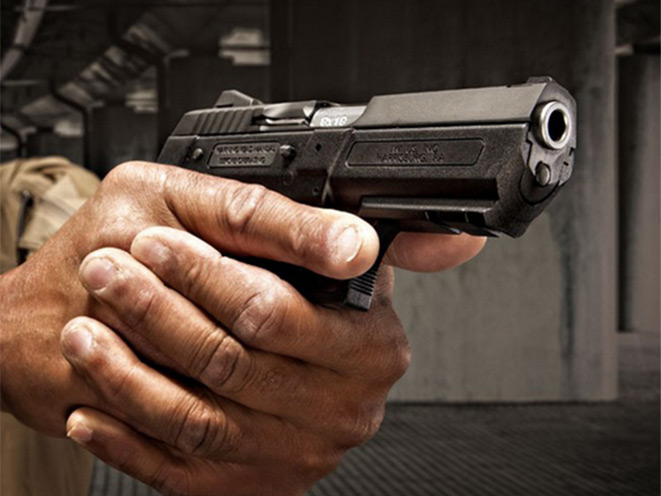 A would-be intruder at a Pennsylvania home ended up in handcuffs thanks to the actions of the armed resident.

The Pittsburgh Tribune-Review reports that the resident was at his Murrysville home on Thursday morning when he noticed a man — identified as 37-year-old Daniel Carmen Dandries — trying to gain entry to the home through a locked window on the first floor.

The resident grabbed his gun and opened fire, but missed Dandries, who immediately fled the scene.

Police arrived at the home and were able to make an arrest after finding Dandries sitting in the back seat of a car with two other people at a nearby intersection. Dandries was wearing clothing that matched the description given to police by the resident, who positively identified Dandries after police brought him to the car.

Police don’t think this is the first time Dandries targeted that particular home. As the Tribune-Review reports, he was reportedly in possession of a red folding knife that the resident reported missing the week before. He also stole valuable coins from the same house, one of the passengers in the car told investigators.

Thankfully, this time, the resident caught Dandries in the act.

Dandries has been charged with attempted burglary, burglary and receiving stolen property. 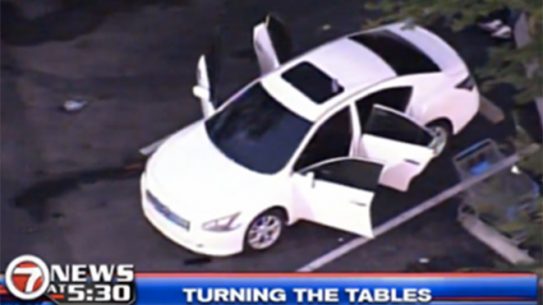 A 28-year-old employee at a Wal-Mart in Sunrise, Florida shot and killed a man...