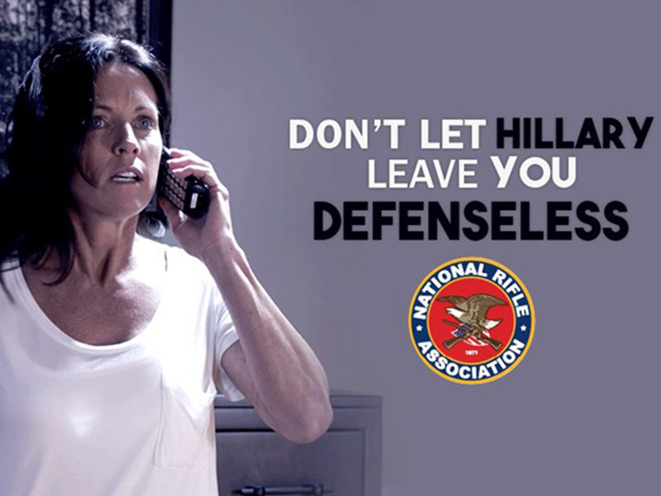 With election day less than two months away, the National Rifle Association is strongly urging gun owners get out and vote for Donald Trump in order to protect their Second Amendment rights. To drive this point home, the National Rifle Association has launched a $5 million television ad campaign, its fourth and most expensive ad buy of this election cycle, that airs nationally as well as in the key battleground states of Pennsylvania, North Carolina, Nevada, Ohio and Virginia. Check out the ad below.

As the press release notes, the ad, “Nightstand,” features a woman alone at her home when she hears an intruder. A narrator can be heard explaining that the average police response time is 11 minutes, and if Hillary Clinton is elected president, citizens like the woman in the ad would be left with just her phone for protection.

Hillary Clinton has said in the past that the Supreme Court is “wrong on the Second Amendment,” a reference to District of Columbia v. Heller, a decision which gave law-abiding Americans the right to keep a gun in their home for protection. According to the NRA, Hillary Clinton would nominate Supreme Court justices who would seek to reverse that ruling.

Hillary Clinton has also said that Australia’s nationwide gun confiscation is something “worth looking at.”

“The stakes in this election could not be higher.  The American people cannot afford to elect a president who doesn’t support their Second Amendment freedoms,” said Chris W. Cox, chairman, NRA-PVF. “Hillary Clinton is an elitist, out-of-touch hypocrite who believes in one set of rules for her, and a different set of rules for the rest of us. This ad underscores that fact.  Law-abiding Americans should not have a president who would leave them defenseless.” 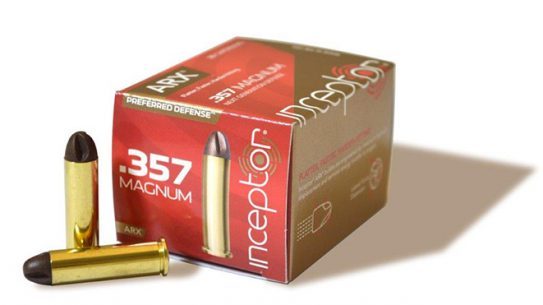 The new Inceptor Preferred Defense .357 Magnum is a highly effective personal and home...