A recent video released to YouTube via the Sheepdog Network shows an apparent road rage incident that left one man dead — the difficulty comes from defining whether or not the shooting was done in self-defense.

In the video, a man pulls into a parking lot while a second man pulls in behind him, blocking him in.

The second man then retrieves a wooden bat or club and attacks the first man’s car. A third man comes over to calm the situation and while the second man stops swinging his club for a moment, the first man pulls out a gun and shoots him.

After the shooting, it is tough to tell, but more shots may have been fired after the second man fell to the ground.

A prosecutor or grand jury may view this tape and understand why the driver of the light-colored car took the distraction offered by the [third man] to launch his counterattack. Depending on the jurisdiction, they may hold that this first shot fired into [the man with the club] from a seated position inside the car was fired in self-defense.

Then again, they could just as easily argue that since [the man with the club] had lowered his weapon and turned away to address a third man attempting to incede as a peacemaker, that the deadly-force threat had ended and the firing of the first shot was not legally justified.

Watch the video above and make your ruling on the video. 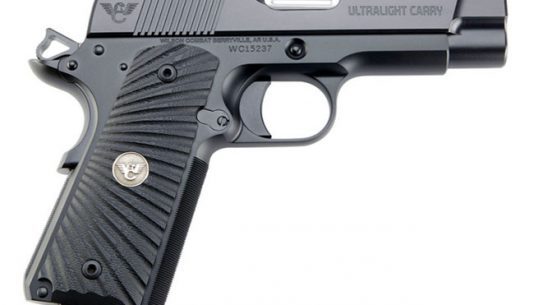 The Ultralight Carry Professional looks as well as it performs and is truly a...