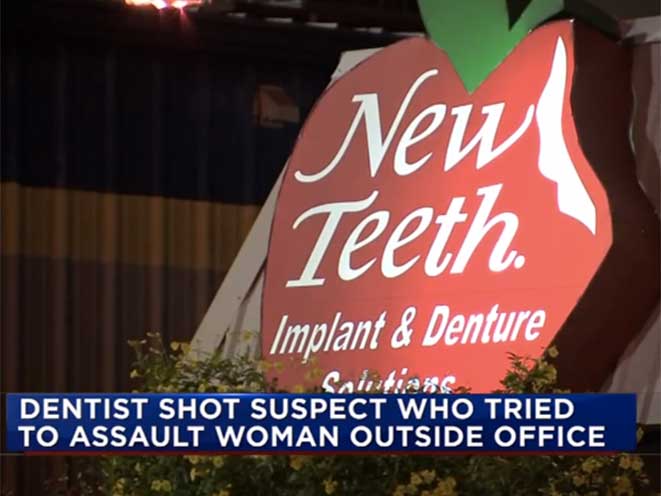 A man who threatened patients and employees at a dental office ended up with a bullet in the abdomen courtesy of the armed dentist.

ABC13 reports that a woman was leaving New Teeth Dental Solutions at around 1 p.m. when a man suddenly approached her in the parking lot, exposed himself from the waist down and tried to assault her.

The woman fled back inside the dental office and hid behind a locked door along with staff members on duty at the time. The suspect gave chase and, according to a statement from New Teeth Dental, tried to kick in the locked door. He eventually jumped over the reception room counter and began threatening patients and staff, including Dr. Jay Elliott.

The suspect chased Dr. Elliott down a hallway and out the back door into the parking lot.

Houston Police Department Sgt. James Holcomb told Click2Houston the suspect was shot in the right abdomen. He was transported to an area hospital for surgery and is expected to survive.

A relative of the suspect reportedly told police and others on the scene that the suspect was on PCP at the time of the incident.

No staff members or patients were injured during the incident. 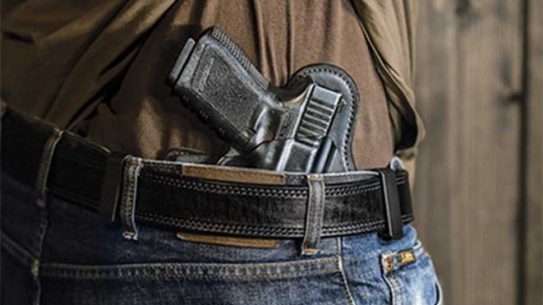 Texas 30.06 is an interactive website that lets users search for and add businesses...