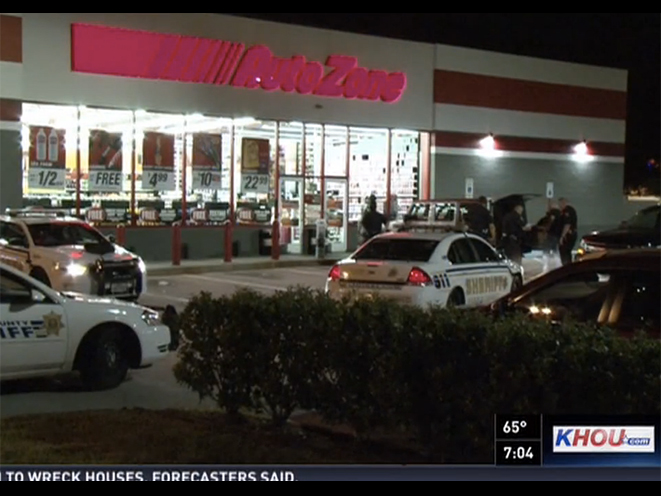 An AutoZone armed robbery in Houston late last week ended with three bad guys in handcuffs, thanks to the heroic actions of a good guy with a gun.

KHOU reports that three men walked into the AutoZone located on Jones Road at around 9 p.m., pulled out their guns and demanded cash from the register. Luckily for the employees, and unluckily for the bad guys, a good samaritan who happened to be pulling up to the store saw the suspects with their guns drawn.

The man, who has a Texas License To Carry (LTC),  grabbed his gun and went into the store. He ordered the suspects to drop their weapons and get down on the ground. He then held all three men until police arrived.

The three suspects were arrested and will likely face charges of aggravated robbery with a deadly weapon, Breitbart said.

There were no injuries or shots fired during the incident.

According to KHOU, Harris County Sheriff’s Office deputies credited the LTC carrier for his actions, but said they didn’t recommend what he did, as it could have resulted in a deadly shootout.

As Breitbart notes, a Texan with a LTC license is legally allowed carry a handgun openly or concealed. Lone Star State law enables a person to use deadly force, or the threat of it, to protect their life or the life of others. 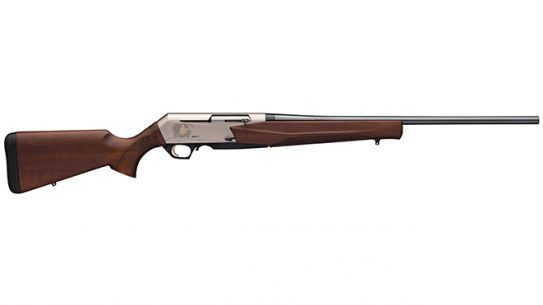 Browning's BAR autoloading rifle gets an update with the BAR MK 3, which features...