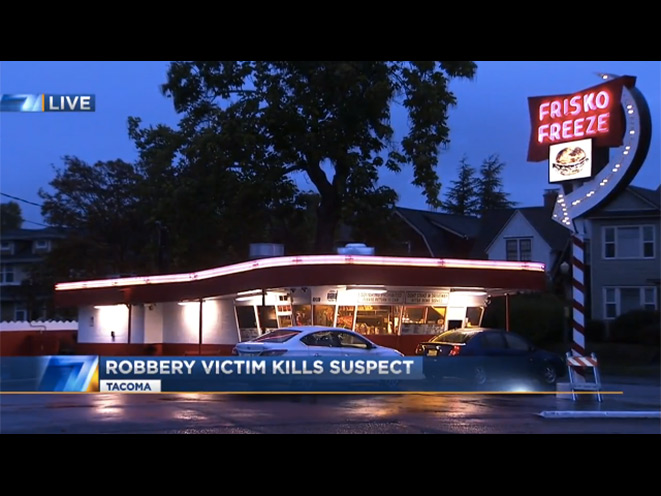 A shooting at a Frisko Freeze in Tacoma, Washington left an armed robber dead thanks to a man with a concealed carry handgun.

According to KIRO, two men were sitting in a car in the parking lot of a the hamburger restaurant on Division Avenue when a man later identified as 26-year-old Terry Webb walked up and tried to rob them at gunpoint.

Fortunately, one of the men in the car also happened to be armed. He drew his gun and shot Webb. A friend of Webb’s drove him to Tacoma General Hospital, where he was pronounced dead.

Police arrested one woman believed to be connected to the incident, though the details of her involvement are being kept under wraps for now.

The would-be victims were uninjured. Police said the concealed carrier was legally armed, with no criminal history. He won’t face any charges.

“People do have the right to defend themselves, they do have a right to legally carry firearms, and in this case, this person did,” said Officer Loretta Cool, of the Tacoma Police Department.

A customer at the Frisko Freeze who had just come from a gun show told KIRO he’d be hard-pressed to think of anything he would have done differently in that situation.

“I have a concealed carry permit. I don’t carry, but if I had been, and that had happened to me, I’m sorry to say I would have done the same thing,” Richard Cays said.

A neighbor who didn’t want to be identified said he heard three or four gunshots, with additional shots about 30 seconds later.

“It’s better than the suspect shooting the victim, I guess,” the neighbor said. “It’s unfortunate somebody had to die, but if you’re going to rob somebody, maybe you should think twice.” 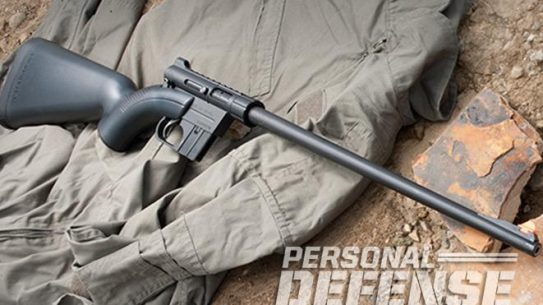