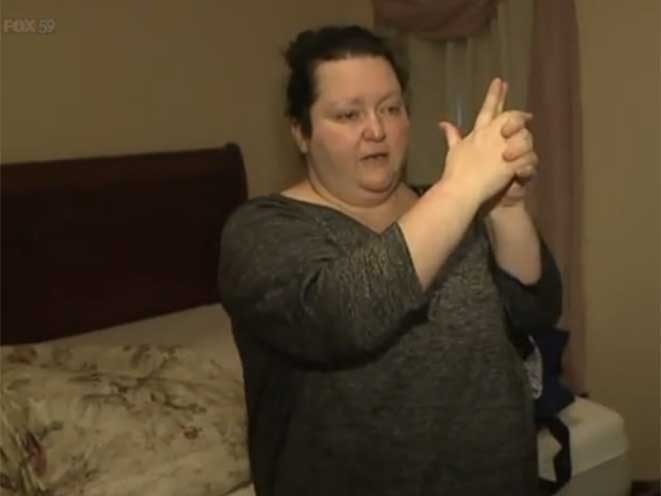 Jackie Alexander, a registered nurse who lives in Johnson County, Indiana, is alive after using her husband’s gun to shoot at a man during a harrowing home invasion late last week.

FOX59 says the incident began when Alexander took her dog outside at around midnight on Friday while her husband was at work. As she waited for the dog to relieve herself, she noticed a man walking down the sidewalk coming towards her yard. He eventually walked right onto her property.

Alexander went inside the house and tried to close the door, but the man burst through and a struggle ensued in the living room and hallway.

“He’s in my space. It was clear that he had intent,” she said, “I don’t know if his intent was money or rape or murder. I just knew that he had very bad intentions, and I was scared.”

Eventually the suspect got her onto the bed and tried to take her clothes off.

“I could not imagine laying there and letting this man control me,” Alexander said.

That’s when Alexander turned the tables on her attacker.

“I kicked the hell out of him… I pulled my leg back, and I kicked him dead in his chest as hard as I could,” she said.

Alexander then reached for her husband’s gun.

“I pulled the gun from the case, flipped the safety, sat up, pointed it, and shot twice,” she said.

The suspect fled the scene, but he wasn’t hit.

Alexander ran to a neighbor’s house to call for help.

Police are still searching for the suspect, who is described as an African American or Hispanic man who wore a long gray coat and a ski mask during the home invasion. Investigators are already canvassing the neighborhood, FOX59 reported.

Alexander said she was grateful she had her husband’s gun.

“If I didn’t have a gun, there was nothing but me underneath him, struggling to keep him from causing harm,” she said. 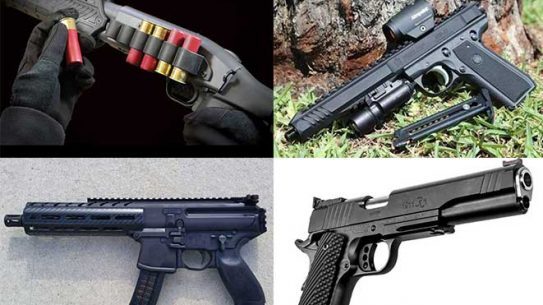 Here's a look at the guns, holsters, optics and other shooting accessories manufacturers are...