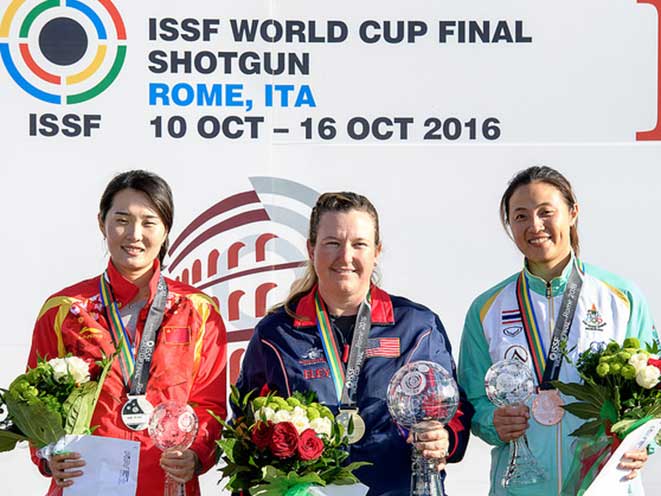 Renowned competitive shooter Kim Rhode has yet another medal to add to her collection, having just won gold at the International Shooting Sport Federation (ISSF) World Cup Final for Shotgun in Rome, Italy.

USA Shooting says Rhode, who hails from El Monte, California, tied Chiara Cainero of Italy for the highest score in Women’s Skeet Qualification (71/75 targets) to earn her spot in the Semifinal. She then competed in a three-way shoot-off to advance to the gold medal match, where she beat China’s Meng Wei by one target, shooting a perfect 16/16 targets to win the gold medal. This match marked the first time Rhode has appeared in a World Cup Final since 2011, when she also claimed gold in Women’s Skeet. She now has five World Cup Final medals to her name.

“It was an incredible experience,” Rhode said. “We had some fantastic competitors out there, a lot of experience on the line. I am just very happy to be able to compete against them, and do as well as I did. I am very thankful for the day.”

It’s been a good year for Rhode. Just a couple of months ago, she won a bronze medal in Women’s Skeet at the 2016 Summer Olympics in Rio de Janeiro, Brazil, making her the only woman to win six medals in six consecutive Olympic Games. I

“Going for that record, six for six, and having attained it in Rio, was an amazing, very humbling experience. And hopefully there’s more to come,” Rhode said, according to the ISSF. 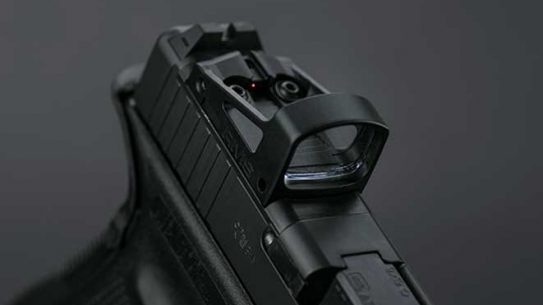 Small enough to fit discreetly on any pistol, rifle, or shotgun, the Shield RMS...