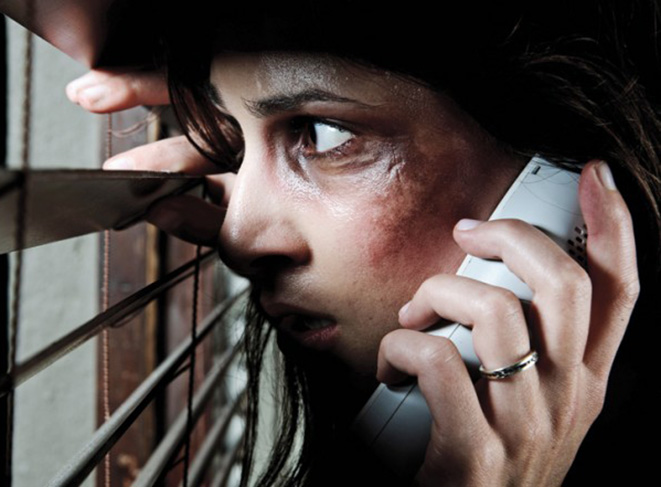 William Brady III,  an armed stalker in Santa Clara County, California, got a big surprise after breaking into the home of the woman he was targeting: one of her relatives was armed, and he wasn’t afraid to shoot.

According to the Mercury News, the incident began when Brady walked up to the Los Altos Hills home armed with a handgun last Friday. The woman called 911 report that Brady showed up at the home, where she was staying with relatives. She told the dispatcher that Brady had been stalking her.

The woman was still on the phone when Brady broke into the home and opened fire on the woman and two other residents. One of the residents grabbed a handgun and fired back at Brady, hitting him multiple times. Brady fled the scene.

Police arrived and found Brady, wounded, outside the home. They also found his handgun.

Brady was arrested on suspicion of attempted murder and transported to an area hospital and will be booked into jail once he’s released.

RELATED STORY: Domestic Violence – Understanding The Abuser And The Abused

Thankfully, none of the residents were injured during the incident. The man who shot Brady, a relative of the woman, won’t face any charges.

As the Mercury News reports in a separate article, the woman sought a restraining order against Brady in Georgia after a domestic violence situation there, it’s unknown, however, if that restraining order was granted. Chillingly, he followed her from Georgia to California, presumably to finish what he started. Luckily, the armed resident ensured that Brady wouldn’t get that chance. 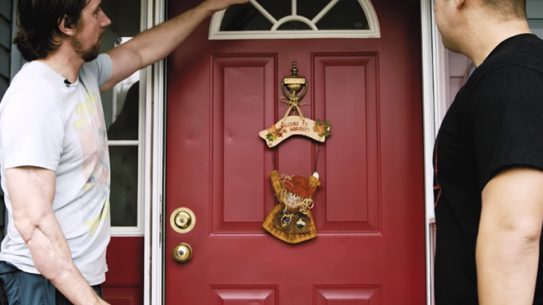 Veterans Tyler Grey and Larry Vickers have teamed up for 'Greyman,' a home security...