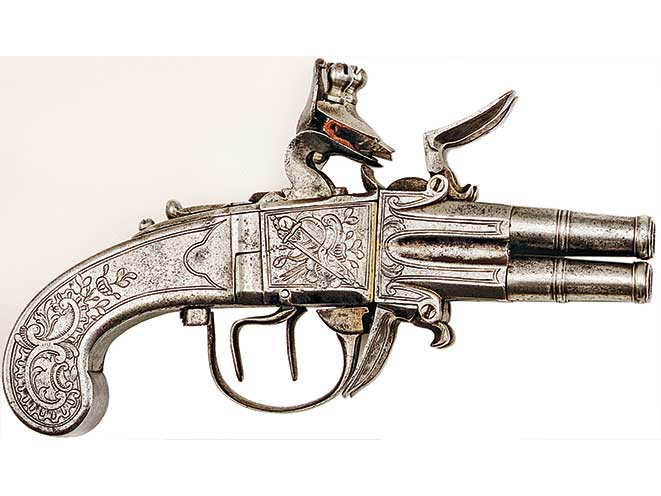 1 of 10
Photo by Buffalo Bill Center of the West
english-flintlock
Multi-shot models include this English four-barrel flintlock from the 1760s. 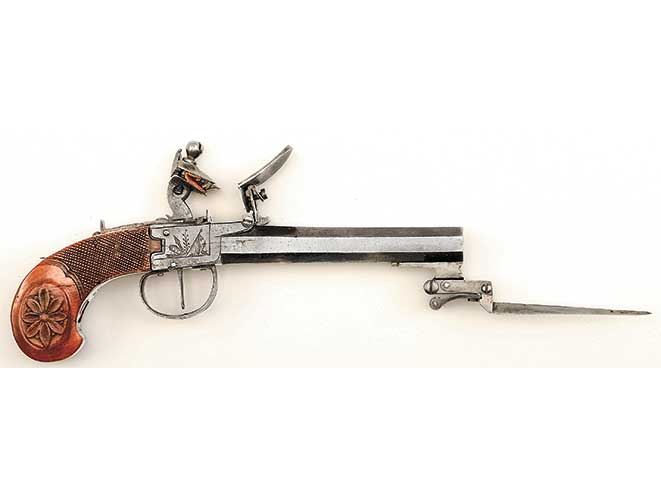 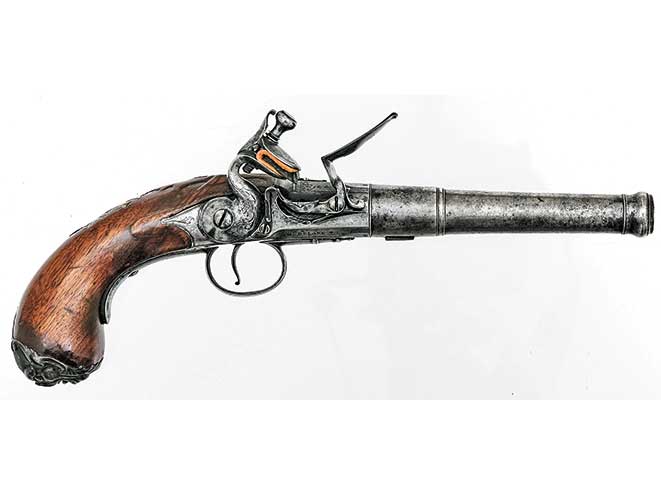 3 of 10
Photo by Buffalo Bill Center of the West
Queen Anne Pistol
This .62-caliber Queen Anne was made around 1720. 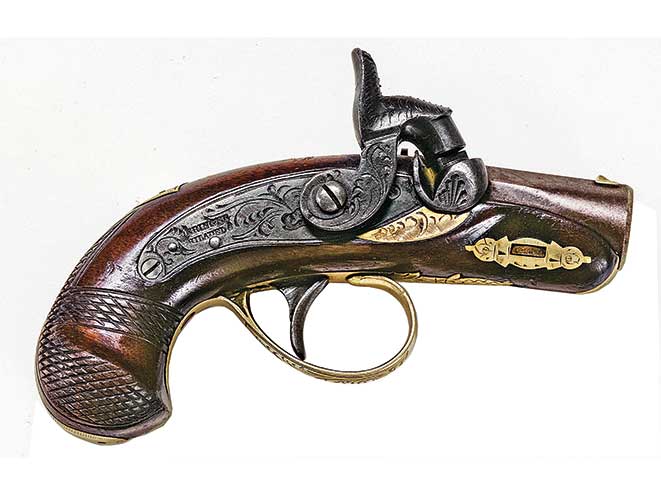 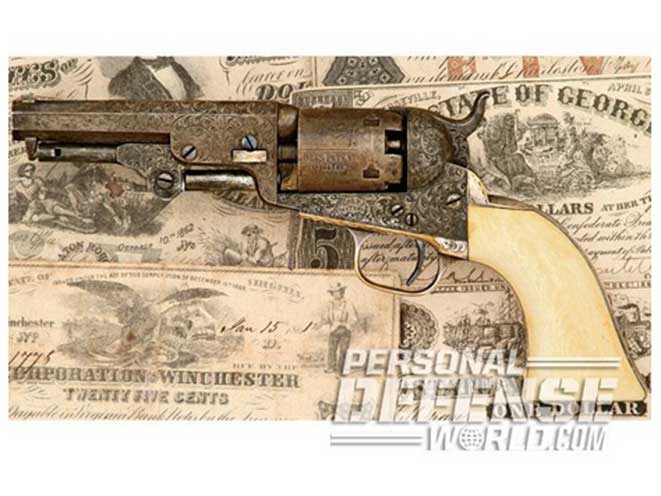 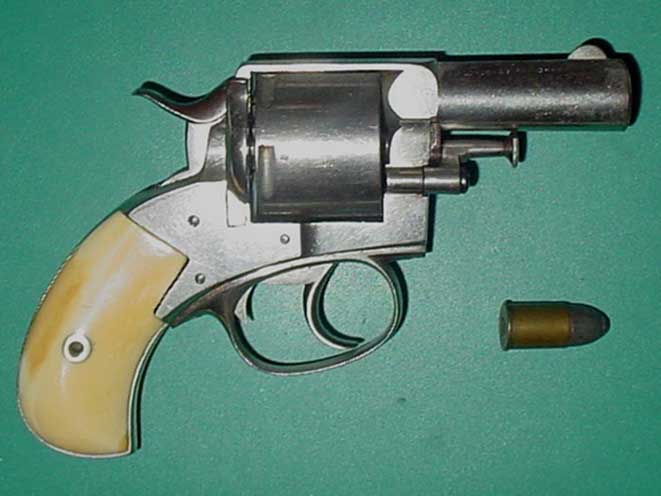 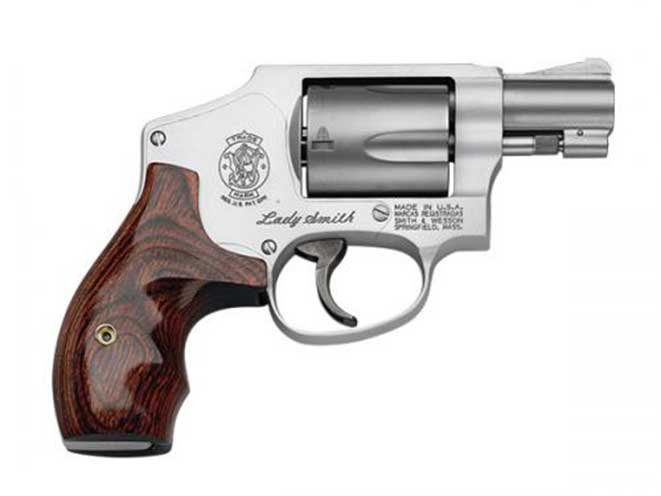 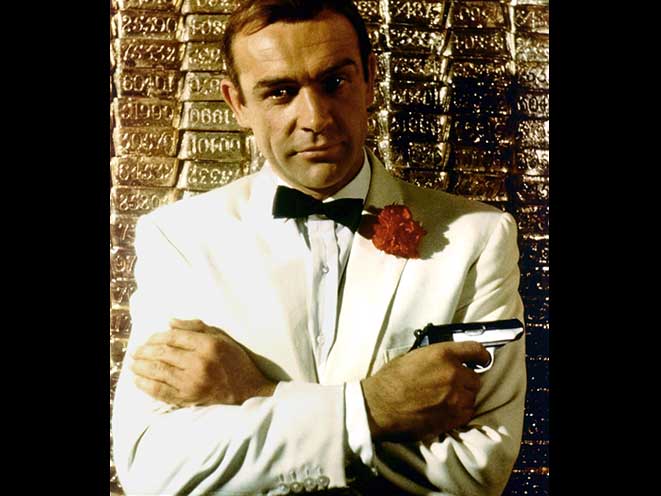 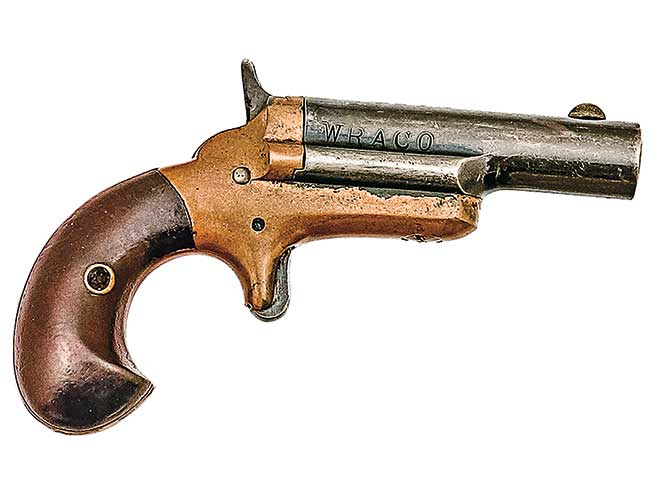 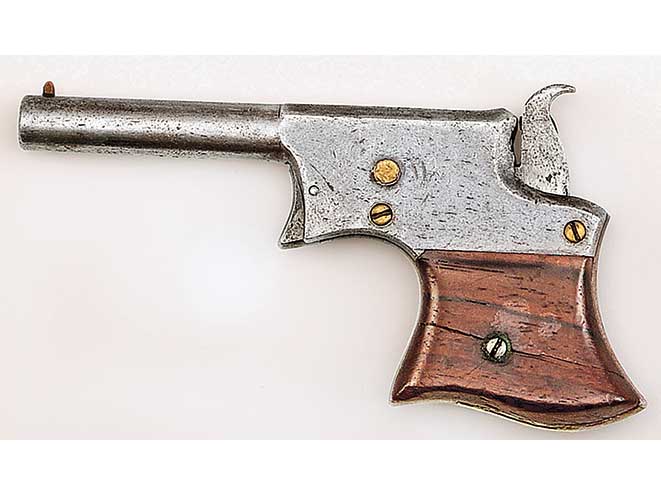 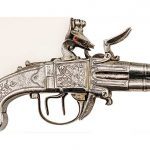 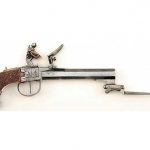 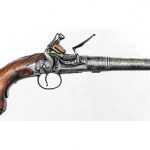 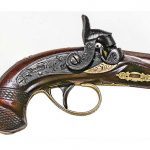 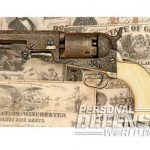 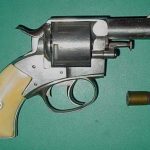 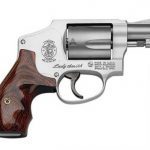 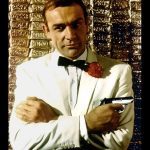 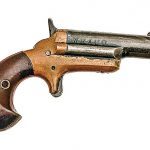 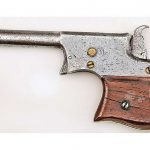 The concept of concealment is not new. While small-framed handguns are prominent in today’s market, pocket pistols have been reincarnated repeatedly for over 200 years.

Throughout their history, pocket pistols have changed yet fundamentally remained the same. They have been called “pocket,” “muff,” “coat,” “derringer,” “boot,” “vest,” “palm” and “subcompact” guns and have spanned a range of action types, from single- or multi-shot varieties to muzzle- and breech-loading models. Regardless, these guns are small, concealable and pack a punch for close-range self-defense. Because of their diminutive size yet bold power, they have been in high demand by both men and women since the 18th century.

Pocket pistol variants are too numerous to recount. Therefore, the following highlights only some major inventions in this evolution. The story of the pocket gun is one of increasing popularity, with a sizable history that eclipses its small stature.

One of the first pocket pistols was invented in 18th century England and named after the reigning Queen Anne of Great Britain. This single-shot flintlock is easily recognizable because the breech and trigger plate are forged into one piece with the lock plate. This firearm is an early breechloader that is loaded by unscrewing the breech with a barrel key.

Despite its female namesake, both men and women used Queen Anne pistols. They were produced in a variety of sizes, with most being considered coat-sized. An even smaller variant was colloquially referred to as a “muff” pistol because it could fit within a woman’s hand-warmer. These guns were considered a status symbol among men and women of the English elite.

The primary purpose of single- and multi-shot flintlock pocket pistols was self-defense. Many single-shots, other than the Queen Anne, additionally were equipped with spring-operated daggers. Multi-shots, known as “room-sweepers,” protected against several assailants. This collection of firearms was manufactured into the 19th century, when pocket pistol production continued an upward trend.

In the 19th century, the most iconic pocket pistol was the Philadelphia Deringer. Invented in 1852 by Philadelphia gunsmith Henry Deringer, this gun was a .41-caliber, vest-sized, muzzle-loading percussion pistol.

Deringer never sought a patent for his invention, which provided an opportunity for entrepreneurs to capitalize on his success. While some manufacturers stole his design outright, others avoided trademark infringement and thus became creative with their copycat guns. One company hired a tailor, John Deringer, just so they could use his name on their products. Predominantly, however, major manufacturers intentionally misspelled the firearms as “derringers” or derringer-types.

Initially, derringers appealed to military officers but soon became the gun to carry for civilian use. Well-known manufacturers like Colt and Remington produced their own derringer pistols in a range of calibers. This diversity contributed to the popularity of these guns for both men and women.

The revolver, first patented in America by Samuel Colt in 1836, was mass-produced by numerous manufacturers. Pocket models were either smaller versions of larger firearms, such as the Colt Model 1849, or had shortened snub-nose barrels, such as the Webley Bulldog revolver.

Initially, men were the primary purchasers of pocket revolvers. In the 19th and 20th centuries, they were used principally by military and law enforcement personnel, but they also played such a significant role on the frontier that towns had to implement concealed-carry laws. The revolver, however, was one of the first pocket guns to be marketed directly to women. In the early 20th century, Smith & Wesson developed the .22-caliber LadySmith.

The popularity of this gender-directed marketing has persisted into the 21st century. Manufacturers continue to develop small revolvers, including a 1989 re-release of a heavier-caliber version of the Lady Smith. Even though these guns remain popular, they are not necessarily at the epicenter of today’s market.

The .380 was initially developed for Colt’s semi-automatic blowback design. However, it soon was produced en masse and became the official cartridge of several foreign militaries. In 1912, Fabrique Nationale of Herstal, Belgium, introduced it to the European market as the 9mm Browning Short. In the 1930s, Walther designed the PPK to chamber the .380 ACP, and it would forever serve as an icon in popular culture due to the James Bond franchise.

While the .380 ACP has become synonymous with the current pocket pistol market, many debate its efficacy. At the time of its invention, it had more stopping power and was a better cartridge than its competition, the .32 ACP. But in today’s market, it is not as powerful as the 9mm in terms of muzzle velocity and energy. However, it does allow for reduced weight and size and still emits a higher velocity than most light handguns. Often, .380 ACP pocket guns are marketed specifically to women, who may have difficulty concealing larger handguns on their persons.

The effectiveness of pocket guns has been debated since the 18th century, when they were referred to disparagingly as “mouse guns”—firearms too small to be effective for self-defense. Additionally, pocket guns, like the Deringer and Bulldog, have been stigmatized for their use in presidential assassinations. But despite negative associations, their popularity on the market has persisted for more than 200 years.

Not only has the pocket pistol provided an adequate tool for concealed carry, but it has also represented a diverse group of firearms owners. The pocket pistol has proved lucrative for the industry, but only time will tell if renewed enthusiasm for small-framed guns will be the next step in its evolution or the pinnacle of its success.

This article was published in ‘Pocket Pistols’ #186. For information on how to subscribe, please email [email protected]outdoorgroupmags.com or call 1-800-284-5668. 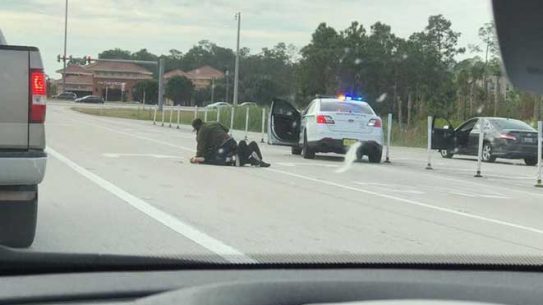 The good samaritan in the Florida I-75 shooting who shot and killed a man...